And which woman in the top 50 has the lowest drawing rate ?

Looks like I am late to the party. Anyway:

Free PGNs of many top players are available here. Almost all 2700+ players are there. As for women, only a few from very top are there. These PGN files have anywhere from few hundred to couple thousand games available for each player. Although this does not fully comply with OPs request, it seems like an improvement over the current only answer. If you have some better/more PGNs available, you can post a download link in a comment or run them through this script and suggest an edit to this answer. 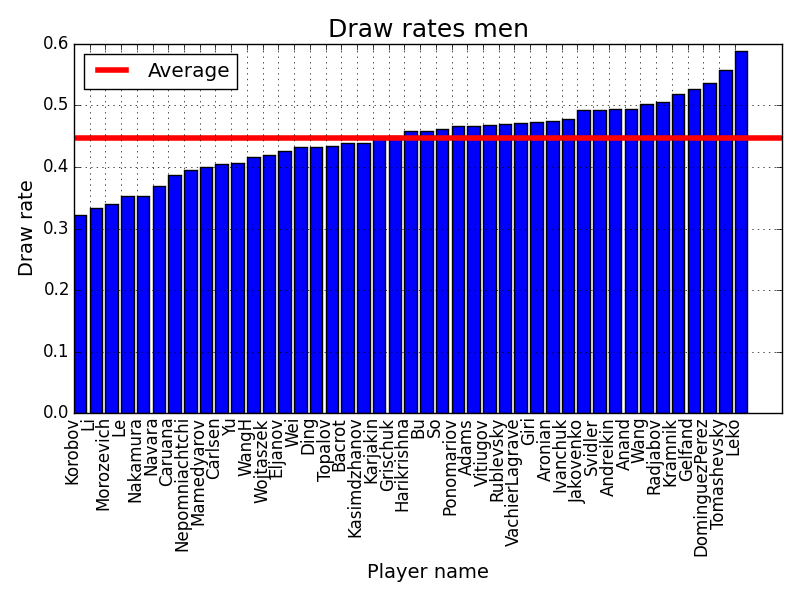 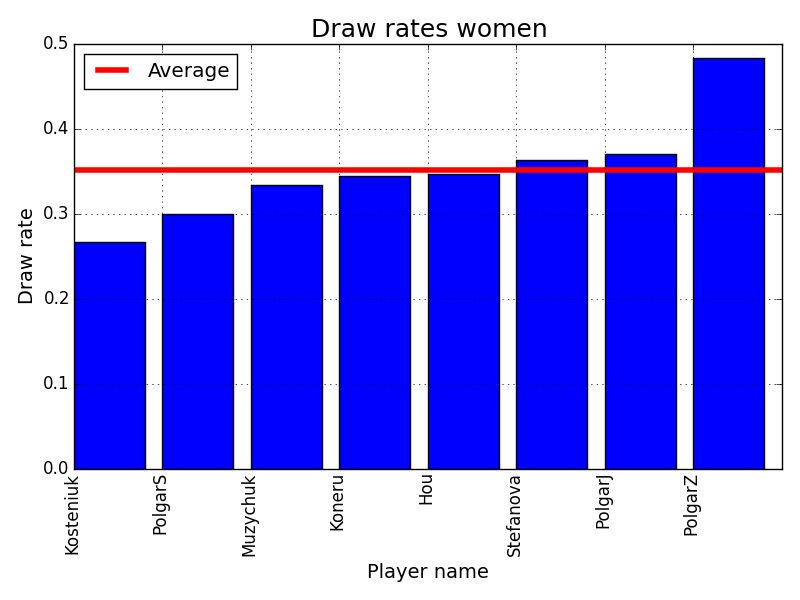 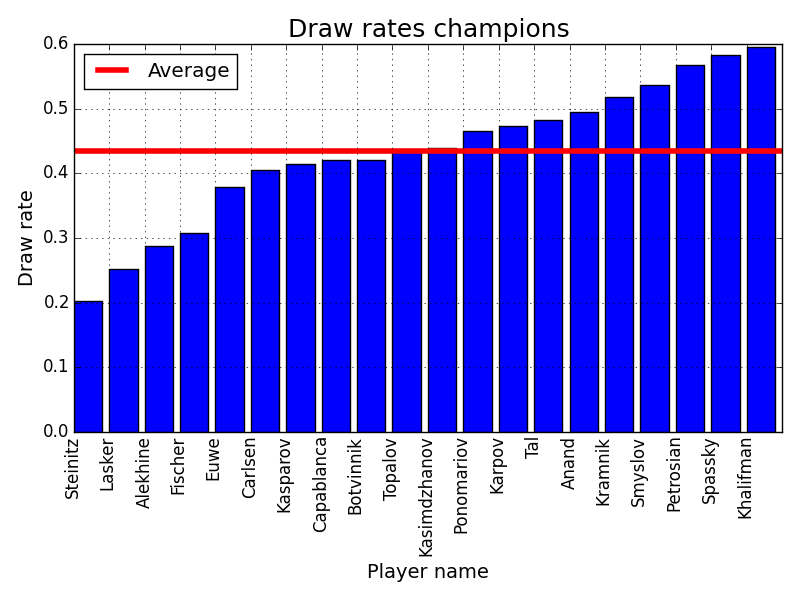 Also of interest - Morphy and Anderssen have amazing draw rates of 0.085 and 0.1, respectively.

According to the FIDE statistics, caruana draws 40 percent of the time and nakamura draws 41 percent. Out of top 12 individuals I checked, these are the lowest. Nakamura is famous for not accepting or offering draws but likes to play everything out.

Without controlling for strength and for strength of opposition the above is largely meaningless--no offense intended. You would expect Bobby Fischer to play fewer draws, for example, simply because he so thoroughly outclassed nearly all his opposition.

That does not mean, however, he was not predisposed to drawing. It means that he didn't play enough players of his caliber for us to know his tendencies.

The converse is true--take a weak player who likes playing over his head. He won't draw often, but that does not mean he is not predisposed to drawing.

Not the answer you're looking for? Browse other questions tagged draw statistics famous-players or ask your own question.

16
Who is/was the lowest ranked World Chess Champion?
10
Are world-class correspondence games more likely to be drawn than world class OTB games?
10
Which side has the advantage in an Armageddon tiebreak game?
1
Current top player with most aggressive style?
5
What is the percent of players in the top X that are women for different values of X?
6
Can you objectively determine who was the best chess player of all time?
8
What is the draw frequency for 3 consecutive games (same players; amateur level)?
4
Is my low blitz game drawing rate at www.chess.com an indicator that I am weak in chess?
2
Draw rates in classical chess between elite players?