How to win in this position with white? 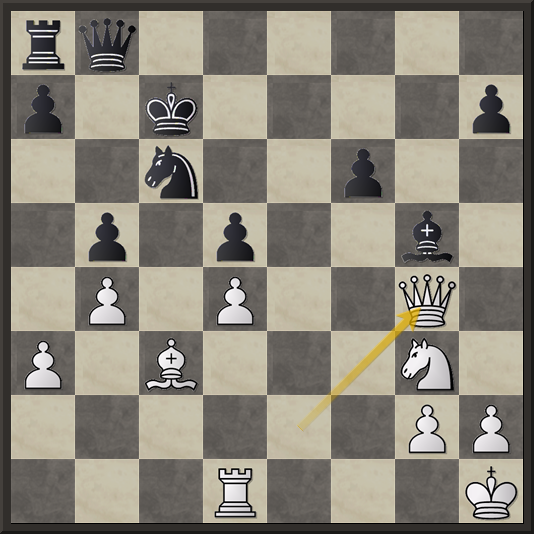 I felt like i had a pretty decent position but i love exchanging pieces so after a few moves the queens were off the board and unfortunately the match ended in a draw.What was the correct procedure to win this position?

If your opponent's pieces aren't well positioned and/or their king is in danger, it's important to refrain from exchanging pieces (generally). The reason is that each of your pieces has a higher relative value than their opposites. They tend to control more space, or have more opportunities to prove dangerous to the enemy king.

Assuming it's White to move (even though it was Black to move in the game), a good choice would be 1.Nf5, at which point SF 11 gives over a +6 evaluation. Here you can aim to trap the g5-bishop with h4. If 1...Kb7 or 1...Kb6 is played, enabling ...Bf4 (due to the Black queen's protection), you could further control the f4-square with 2.Rf1. Now it looks like Black is unable to save the bishop from h4.

An alternative 2nd move is 2.Qf3, preparing to take on d5 and get dangerously close to Black's king. If this happens, the queen and knight could end up conducting a decisive attack together. The fine point is that if Black protects the pawn with 2...Qg8/2...Qd8, f4 is no longer contested so 3.h4 wins the g5-bishop.

EDIT - so it's actually Black to move in the position. White's general plan is still similar: going after the g5-bishop. Nf5 could be played soon (maybe on the next move). Black could try exchanging queens via ...Qe8-...Qe4, but then after doing so White could play g3, keeping the g5-bishop from escaping via f4. Another idea is 1...Qf8, when after 2.Nf5 Black might play ...Bh6 if needed. But now White could dramatically activate the c3-bishop with Be1-Bg3+. Pushing a4 is another idea, further increasing the pressure on Black.

How to proceed from here? Assuming there is no immediate tactics, the right questions to ask yourself in such a position are: "Which of my pieces are doing nothing? Where would my pieces be the most effective?"

In this case, your queen is very active and your knight is ready to jump to f5. Bc3 and Rd1, however, do nothing but protect a pawn (that Black might not be able to take anyway). Where to they want to go? Open files and diagonals. The most obvious plan then is:

After these easy 5 or 6 moves, I would be surprised if Black will hold their position together. But even if no decisive tactics appears then, you will find new prospects for your active pieces (rook or queen to the 7th rank maybe) that Black defensive measures will have opened for you.

Ok, I'm assuming this is a puzzle, so I'm not using a computer. Ne4 looks interesting to me. If black ignores the sacrifice c5 looks like a very nice square for the Knight and if black takes with the pawn then the d4 passed pawn plus continued attack on the black king look like good compensation. For example 1. Ne4 dxe 2. d5 Nd8 (giving back the piece looks hopeless) 3. Be1 Just an idea.