What was Black's last move? 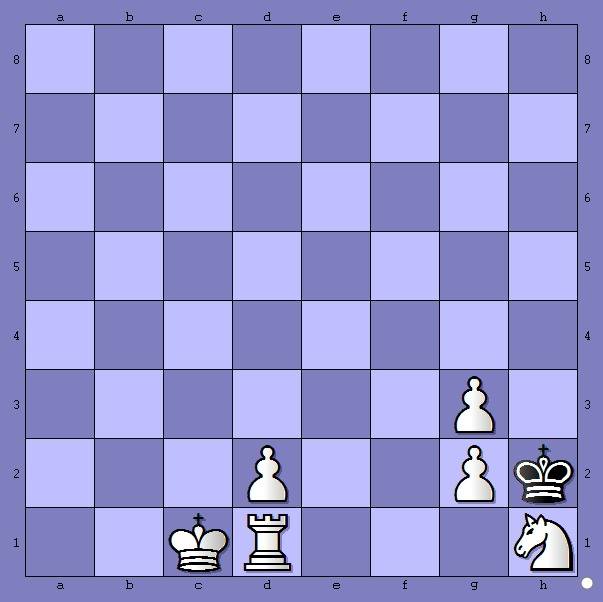 White to move. What was Black's last move? And what could have happened before that?

There is only one black piece left, so the last move was with the king. Black's last move was obviously Kg1-h2. The king could not have come from h3, because there is no way the white pawn could have given check from g2 (its initial position). All other squares around h2 are occupied by white pieces.

Since the black king came from g1, it was in check from the rook on d1 before the last move. Obviously the rook could not have moved to d1 from somewhere on the d file because the pawn on d2 blocks the way. So there are two possibilities how the rook could have given check:

As for "1" None of the pieces currently on the board could have moved away from the 1st row (i.e. from e1 or f1) to give way for the check. However if a white knight moved from f1 to h2 giving check that would be a discovered check and the black king captured this knight on h2. Obviously this is the only option for a discovered check.

As for "2". If white castled long, that means that the white king never moved (castling rules) before, meaning the white king was always on e1. Then the question is: How did the black king get to g1? With the white king on e1, the black king could not have entered via f1 or f2. Neither it could have come via g2 (where there is still the original white pawn).

This would mean that it came via h2. But is that possible? In order to get to h2, it would have to come from h3 (not possible because of the original never-moved pawn on g2) or from g3.

However the black king could never have entered via g3, because the square was either i) attacked by a pawn from f2 or ii) occupied by that same pawn from f2.

Black moved the king in move 0

If the last move was by the black king it could not have come from f1, g2, h1 (which are blocked by white pieces) and neither could it have come from f2, because there is no way the knight on h1 could have given check. That leaves only h2 as possible option. So assuming the king came from h2, where it was in check, the last white move must have been Ne3-f1+. So the moves are now 0. Ne3-f1+ Kh2-g1 1. Nf1-h2+ Kxh2.

So we have a situation where the black king is shuffling between g1 and h2 while the white knight is moving between f1 and e3. How can this infinite loop be broken? The only way to break this is, if there was a black piece at some point on f1, which blocked the check from the rook. This black piece on f1 got captured by the white knight when the black king was on h2.

Black moved a piece to h2 in move 0

If black must moved another piece that got captured on h2, this piece can be a black pawn, knight, rook, or queen. It can not be a black bishop, because it could not have moved to h2 (because g3 and g1 were occupied by pieces).

Building on user1583209's answer, here is a complete sequence of moves to show how the black king managed to trap himself in the corner in the first place:

For the King to be on h2, it must have previously been on either h3 to g1. Being on h3 would have been impossible, since the g2-pawn has been there the entire game. So, the King must have been on g1.

One could give a counterargument saying that Rd1 has been on the 1st rank for more than one move, since it appears stuck. However, this idea is refuted by the fact that White could have castled with 0-0-0.

But then if White castled queenside, his King must have been on e1 the entire game.... which poses the problem of how Black's King got to g1 in the first place. I'm stuck at this point.

EDIT: I didn't consider the possibility of White ALREADY castling, and then Black moves his King to e2. Maybe there's some White piece on the first rank that allows Black's King to move to g1 without being attacked by Rd1. Then, as user1583209 pointed out, a move like Nf1-Nh2+ Kxh2 would give us the final position.

Not the answer you're looking for? Browse other questions tagged puzzles problems retrograde-analysis or ask your own question.

1
What is happening in this puzzle?
8
Puzzle: Find White's second-to-last move
11
White to force the end of the game in two moves
7
Retrograde analysis of chess in The Flanders Panel by Pérez-Reverte
39
How is this position possible in a normal game of chess?
6
Prove color of pawn and position of knight
15
Beautiful retrograde analysis problem by Alexsey A. Troitsky
13
What is the result? (Rules + puzzle)
2
Why was this move in a puzzle?
2
Attempting to create a retraction puzzle