Today I was playing chess against somebody at my internship company. He went all-out attack in the begin and I was only defending. He actually made some mistakes and lost his queen, rook and bishop. I won in the end fairly easy. We had a discussion afterwards about the 'all-out attack strategy'.

Is it a good thing to go all out attack or should you attack slowly? What is the best way or is it different each player? I'm not really good and the other is just as 'good' as I am.

To me, the game you described was an absolute beginner game. It wasn't important how the attack was conducted, all-out or slow, you opponent was just blundering pieces and even the queen! It didn't matter whether you were defending or attacking or doing nothing, you'd have won easily in any case. Your opponent had absolutely no idea what he was talking about.

At this level, it'd be better to focus on avoid giving away pieces.

But to answer your question, if I was to play your game, I'd go for the Scholar's Mate or launch a quick but dirty pawn-storm. I'd also move my queen out early and hope for some free pieces to capture. It'd be a diseaster against anyone experienced, but highly effective against a beginner.

Summary: It depends on the position. If the king is vulnerable, you have the initiative, there are many open lines or you have made material or positional concessions, then an all-out attack may be possible, but you have to be sure of your calculations.

Based on this, there is no decisively better way to approach the question of slow vs. all out attack. Players have preferences and this is reflected in their opening repertoires. E.g. if a player prefers all out attacks, they may play gambit openings or openings that accept structural deficits to gain open lines.

The speed of the attack depends on the position, specifically:

Attack or defense should be an outcome, not a decision. You better don't go for all-out attack or slow attack or attack in any way without a vulnerability in opponents position, as it will end like this: 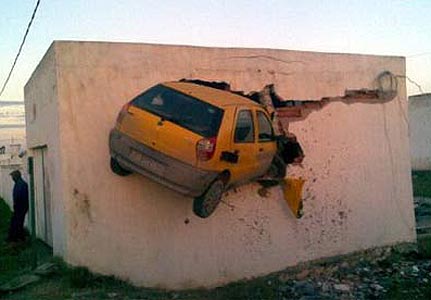 Aggressiveness and the initiative are important to have. As White, you have the initiative by virtue of the first move. Black will strive first of all to blunt this initiative to reach equality and then may try to win. I've discovered over the years that mistakes of aggressiveness are not necessarily fatal, whereas defensive mistakes usually have more serious consequences. Hence it may often be worth while to give up something to gain or keep the initiative, such as the cost of a pawn in an opening gambit. If you gradually can improve your position before beginning a strong attack, that can be equally successful. A gambit isn't required. Controlling the center is generally necessary before you can launch a successful attack against the castled king. For that reason a premature attack by your opponent shouldn't succeed, barring any glaring mistakes on your part.

Are you actually serious about wanting to get better? To the point where you could play in tournaments for example.

It sounds like you are not, because you don't want to learn openings. But it annoys you that other people in the company are better than you. How much does it annoy you? How much work are you prepared to put in?

Just asking a casual question about whether it is better to attack or defend won't do it. Attacking is more fun, and that might be as far as you want to take it. Serious players will have personal styles and preferences, but will know that attacks must be prepared. That means understanding openings. If you are very serious you will need to learn them. If you are less serious you will need to know some general ideas, such as what is a weakness.

If you have only been playing for a month you don't know yet how important chess may be to you. Play a bit more. Have fun. If you find that you do want to work a bit, you will probably be able to think of a better question.

Only attack if your own position is consolidated. Then, you can be aggressive or simply apply pressure on your opponent's position. However, if your opponent cannot counter-attack in a position, go on and attack.

Not the answer you're looking for? Browse other questions tagged strategy attack or ask your own question.

21
How to deal with an opposing pawn storm?
8
What plan should black have followed in this game?
8
When is it right to start learning strategy after tactics
4
Attacking play in chess
2
Suggestions for Newb in search of improving mid and end game strategy
18
Why is Carlsen being praised for his tie-break play, when Caruana made several game-losing moves?
0
Guarding my seventh rank and a king walk assualt
5
Does the King's Indian Attack need the e5 pawn push to attack on the kingside?
14
What fundamental mistakes were made in my game that slowly turned in to a loss?