Firouzja vs Kovalev: what went wrong for black in the opening?

In the first round of the ongoing Wijk aan zee Masters tournament, Firouzja won vs Kovalev. Apparently, right out of the opening white had gained a winning edge. In particular, somewhere around 16...c4 it seems to be where black went somehow wrong (computers also favoring white there). But from the opening point of view,

tl;dr: Wrong move order by black in the opening: the c4 advance must be prefaced with Nd7 in the played Zaitsev variation.

That said, and although your hunch about the early c4 is correct, I'm afraid there's no simple answer that immediately explains why the immediate c4 is bad and why Nd7 is so crucial, since the Ruy Lopez and the Zaitsev are highly theoretical openings and thus, all about nuances and concrete assessments.

In any case, here's an attempt to answer it in a simplified manner.

Bit of context first: the game started out as a classical Ruy Lopez which then transitioned into the Zaitsev variation. Then in particular after 11...Bf8, Firouzja opted for the older system with 12.a4 which is a variation rich in theory dating specially back to the Kasparov-Karpov games (see e.g. 1990 games). Instead of 12.a4, nowadays the more go-to and modern option is 12.d5. So, seeing 12.a4 might have come as a bit of a surprise.

Fast-forwarding to the key moment of the opening, in the a4 variation white often waits out the d5 advance until black has played c5. Then after 15...c5 16.d5

the main and key move by black is to play Nd7 (diagram below): which concretely prepares either options of c4 or f5: 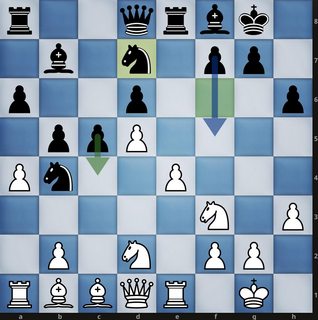 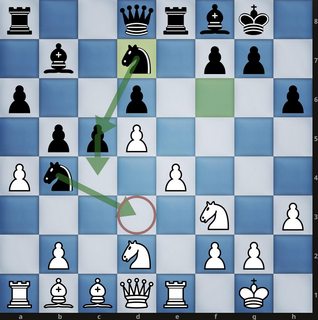 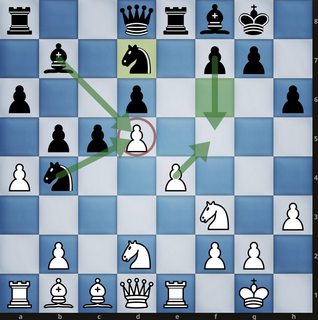 However, Kovalev played the immediate c4 advance without the inclusion of Nd7, this was the main inaccuracy! The problem is black's losing a pawn in the all ensuing lines without any dynamic or positional compensation for it. Let's see some of these lines in the annotated diagram below:

In contrast, here's how the variation usually continues when c4 is prefaced by Nd7:

It would go beyond the scope of this post to exhaust all possible sub variations both with and without Nd7, however I hope the above discussion and lines clarify the importance of the inclusion of Nd7 (and the playability of the ensuing lines) in contrast to the inaccurate early c4 without Nd7 as happened in the game.

We can only imagine that he somehow had a human moment, and messed up.

The way it was played, it was almost the forced loss of a pawn. He had the option of Qb6, but it left him with a miserable position anyway.

Not the answer you're looking for? Browse other questions tagged opening positional-play ruy-lopez or ask your own question.