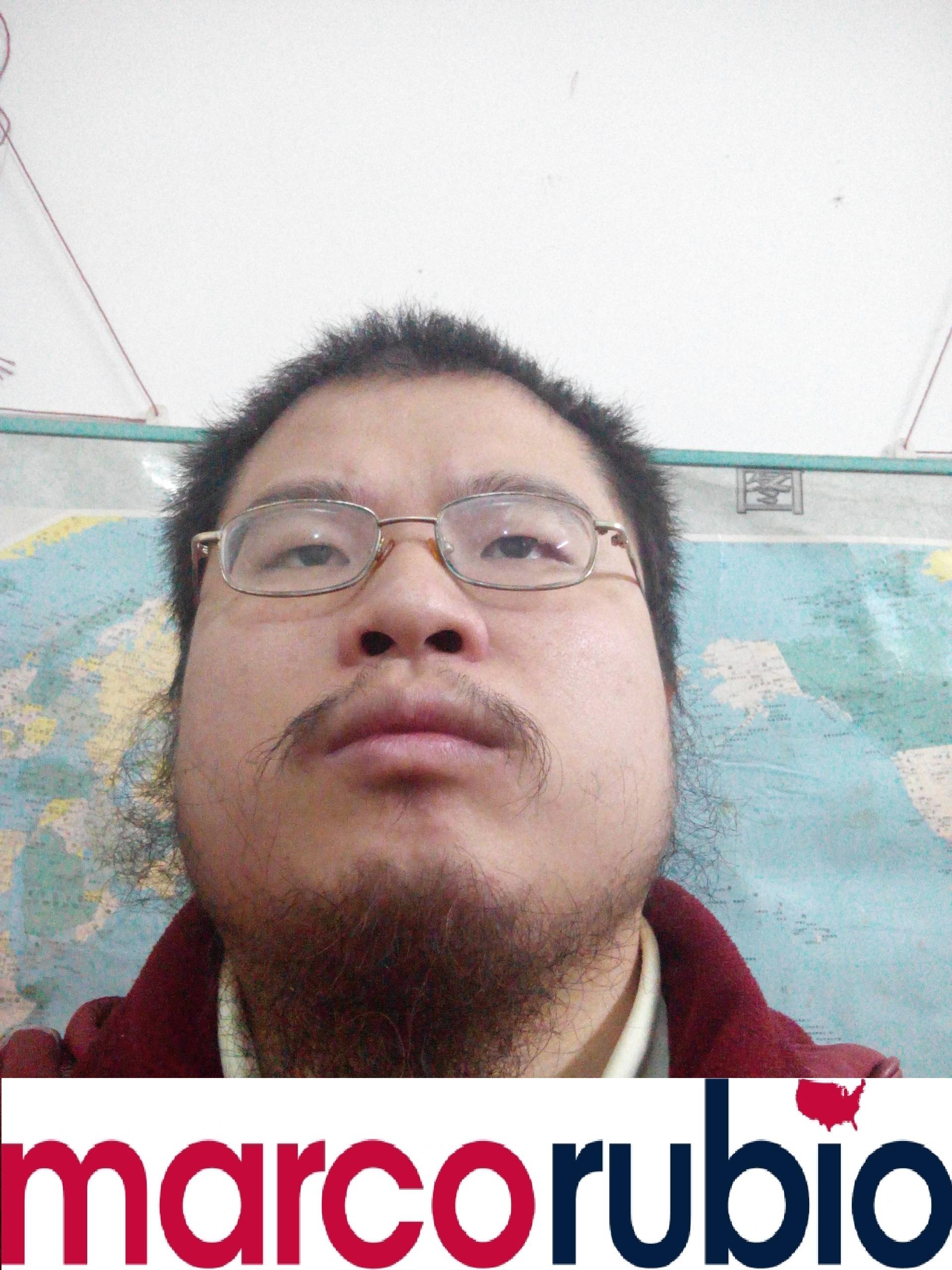 My political position is liberalism (or between libertarianism & neo-conservatism in American political spectrum). I defend Capitalism (right to property, privatization, free market) & individualism (right to self-ownership, freedom of association, self-organization), research into Constitutionalism (check & balance, procedure, rules of order). I advocate that governments should be small & then strong. My platform: 1 separate China into independent democracies (eg. Formosa, Tibet, East Turkistan, Hong Kong, the Federation of Sc, etc.); 2 parliamentarism + proportional representation (lower House) + relative majority (upper House) + federalism. Vocation: politician. I’m for Pax Americana; I’m for 10% flat tax (including negative income tax); I’m for the right to keep & bear arms; I’m for family diversity, polyamory, limited liability family, & civil union; legalize prostitution; decriminalize drugs (I personally stick by a tobacco-free & alcohol-free lifestyle, regardless of I’m pressed otherwise), it is negative externalities that are public problems, eg. infections, passive smoking, which is absolutely unbearable. I’m against Communism (I’m independent of the illegitimate regime, & I haven’t joined the Communist Party or the Youth League or the Young Pioneers; but I wore the red scarf occasionally when I was a schoolboy, which I feel deeply ashamed of); I’m against Confucianism (on the other hand, Confucianism has already lost influence); deny “Chinese nation”/“Zhonghua Minzu”; I’m against historical determinism; I’m against “animal rights”; I’m against environmentalism; I’m against reductionism. As for UK: I’m pro-Brexit. As for US: I supported Marco Rubio & recognize Donald Trump in the 58th presidential election; I’m against term limits for Congress, while I’m for age limits. I like STEM (I’m a B.Sc.), but I don’t favour scientism; I learnt linguistics & philosophy; I have little interest in arts, but I don’t undervalue them, in contrast, I enjoy The Story of the Stone. I belong to no religion, despite the fact that I’ve studied a few Buddhist sutras; moreover, I reject witchcrafts; I believed in & boned up Daojia. I’m open-minded & evolving. I lack the ability to think on my feet, while I’m adept at long-term strategic planning; I’m a slowpoke with a heavy defensive mentality; I prefer working behind the scenes rather than performing on stage. I’ve been playing PC games since 1996. I have talent & enthusiasm for designing rules of “games” – not merely video games, but also political “games”. Email: xiyanzi23@gmail.com or xiyanzi23@163.com . My ID is “XiYanZi” on Twitter, Quora, blogspot, zhihu, douban, Weibo, etc. (My WeChat is “XiYanZi23”.) Phone: +86 18702366103. I not only stutter (I never mind others making fun of me), but glow & perspire when talking, eating, walking, etc. My name is Zhang Jian ([tʂɑŋ55] [tɕiæn51]); XiYanZi ([ɕi55] [jan35] [tsi214]) derives from Verse 23 of Laozi

All Questions Answers
Votes Newest
25 How to describe two knights defending each other? Oct 21 '18