Questions relating to the final stages of a game of chess, when only few pieces are left on the board.

The endgame is the part of the game when there are only a few pieces left on the board. Usually play revolves around one or both players trying to promote a pawn.

Many strong players advocate the study of endgames because the opening and middlegame can be studied in relation to the endgame. For example, the Ruy Lopez pawn structure (see below) is a win for white in a pure king and pawn endgame, so black must therefore make use of the two bishops in the middlegame. 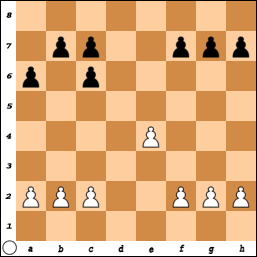 Theoretical endgames are positions where the winning plan is known (for example, the Lucena Position) so the outcome is based only on the stronger player's ability to find the correct plan. Many theoretical endgames are not likely to occur in common practice (for example, the Halley's Comet Mate) but are interesting to study because certain relationships between pieces are revealed.

Practical endgames are endgames that arise in games quite frequently and should therefore be studied by players seeking to improve their play. The most common example is rook and pawn endgames. Many games reach an endgame with this material balance (frequently one side is up a pawn) and the player that better understands the endgame will be able to win (or hold a draw if down material).

Can you solve this unique chess problem of white's two queens vs black's six rooks?

Is it rude to ask my opponent to resign an online game when they have a lost endgame?

Where can I find this game with a sacrifice followed by a long series of checks leading to a discovered mate?