Which openings give a winning pawn-structure in the endgame?

For example in the Exchange Variation of the Spanish 1. e4 e5 2. Nf3 Nc6 3. Bb5 a6 4. Bxc6 dxc6, White gives Black the Bishop pair, but gains a potentially winning pawns-only endgame. Are there other situations where a player may ruin an opponent's pawn-structure thus gaining a (potentially) decisive endgame advantage?

On the other hand, are there openings in which a player may decide to sacrifice his pawn structure in order to get other kind of advantages?

I'm not looking for 'bad' pawn-structures, I'm looking for those which are winning/losing according to theory, if we remove all pieces from the board except the Kings. 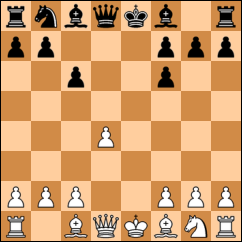 if we were to remove all the pieces and leave a pure king-and-pawns endgame, then White would have a winning advantage, because he has a healthy pawn majority on the queenside which can create a passer, while the doubled pawns of Black's kingside majority make it so that White can prevent her from creating a passer. So this is an accurate answer to your question. The only reason I call it "cheap" is because the pawn structure here is just a mirror-image of the Ruy Lopez Exchange structure your question already mentions, but I guess that doesn't make it any less of an example.

I think one reason your question hasn't gotten any answers until now, though, is that for the resulting pawn endgame to really be a winning one structurally, it seems you need this feature that one side can forcibly make a passer while the other side can't, and that means having a workable majority for one side and a "broken" one for the other. That basically requires there to be (1) some doubled pawns for one player, and (2) two distinct sides of the board, in terms of the pawn islands remaining. (E.g. if the white e-pawn and black d-pawn hadn't been exchanged in my example, then the pawn endgame wouldn't yet be a winning one.) And there's actually not so many (truly distinct) ways for that to happen, at least not in realistic ways.

Another common sort of opening that would at least feature a very favorable pawn endgame for one side is those in which one side has an isolated queen pawn. The side that has the isolani could find his king being so tied down to its defense that the other side can force a win. But this won't always be the case, so I wouldn't give that as an answer in and of itself. If you want to find some further openings that at least get part of the way toward what you're after, ones with an isolated queen pawn would be a promising place to look.

All in all, for the reasons I've spelled out, I'm not too optimistic that you'll find all that many (essentially different) examples of what you're after, but I hope this helps.

That said, there is an entire class of openings that provide truly cheap answers to your question: gambit openings. Since these would feature pawn endgames with a pawn deficit (at least), these will generally be lost for the gambiteer's side. I sure wouldn't want the pawn endgame from the Danish Gambit line 1. e4 e5 2. d4 exd4 3. c3 dxc3 4. Bc4 cxb2 5. Bxb2, for instance :) 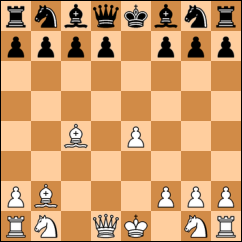 Despite being technically an endgame and the white pawn majority on the kingside being more or less mobile (thus awarding him a theoretically tangible advantage), this is a modern tabiya of chess.

Generally, openings that result in compact connected pawn structures are known to result in good positions when pieces are traded but can be cramped and too defensive if pieces are not traded.

For e4, Classical Caro-Kann and French, Black gets the better ending if he survives the Middlegame.

Some Colle and Slav positions give you the queenside pawn majority which can be winning in K + P endgames.

One more to think about is the Colle System. It’s not as obvious, but during the transition to the Middlegame it often transpires that Black trades the c&d pawns for White’s d&e pawns. That leaves White with a Q-side majority. While having a majority on the side away from the kings is not, in itself a winning advantage, not completely winning, if White can follow with centralizing the king and using the f-pawn to restrain Black’s e-pawn, it’s enough to win.

There have already been good answers and examples, so I will just a few more without too much expalantion (see Pablo S. Ocal's response for it) I would like to add, though, that pawn endgames are mainly about the king, so we can't just say that a given pawn structure always loses if we remove all pieces from the board

Both the Caro-Kann defence and the Queen's Gambit often reach central isolated pawn structures. The player with the isolated pawn is often accepting a slightly worse pawn structure (and the d5-square) in exchange for space (mainly the e5-square) and piece activity. Most endgames favour the opponent, although not all endgames are necesarelly lost.

Finally, in many lines in the King's indian defence, Black is left with a weakness on d6 that does not lose most pawn endgames due to the closed character of the position, but can the a target in other types of endgmaes.

Not the answer you're looking for? Browse other questions tagged opening strategy endgame pawn-structure or ask your own question.

6
At a strategic impasse

24
What is a good French-like defense against 1. d4?
6
Which openings lead to unbalanced endgames?
2
Main Ideas behind Spanish Game, Cozio Defense
4
What are some ideas for black in the Ruy Lopez when white plays an early d3?
4
Pawns pushes in the center
8
What is important in the endgame besides centralization and activity?
2
Looking for openings by pawn structure
10
How to quickly calculate two pawns facing two pawns
18
How difficult is it to win a winning endgame against an engine?