Can the King be put in Check by a piece that cannot move? [duplicate]

Ask Question
Asked 5 years, 5 months ago
Active 3 years, 6 months ago
Viewed 3k times
2
This question already has answers here:
Can a piece pinned to my king put the opponent's king in check? (3 answers)
Closed 5 years ago.

I am playing a game at the moment and I want to know if the King can take a piece that is being protected by another piece... that cannot move.

Why can't the other, protecting, piece move? Because it would put the other King in check. 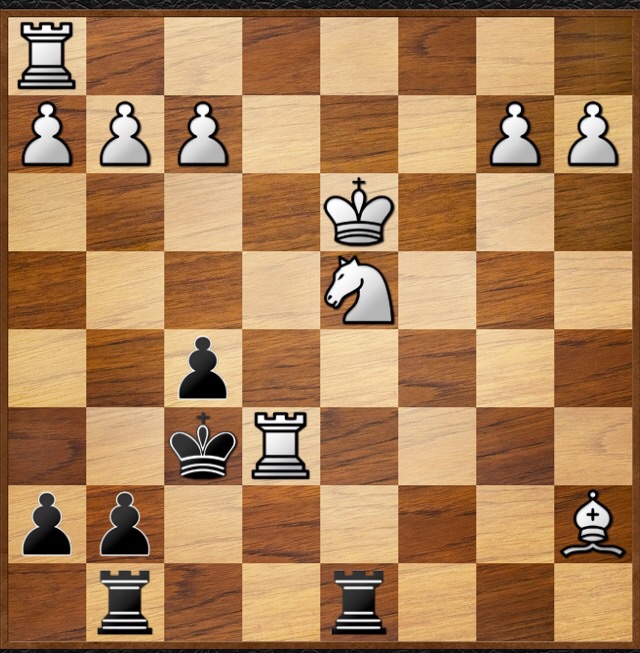 In other words: Can the Black King take the White Rook?

No, the black king cannot capture the rook in the position. The simple explanation is that the white knight will capture your king before your rook captures your opponents king. Personally, chess should not have rules such as check and checkmate. The aim of the game should be to capture the king, not checkmate the king. I speculate that these rules of checking and checkmate was formed by etiquette anyways since even in Xiang qi where the object is to capture the "king," you still say check, and I learn that it was a convention of etiquette. .

34
Can a piece pinned to my king put the opponent's king in check?
9
Can the King be attacked by a pinned piece?
3
Could black have taken the queen here?
4
Is the king actually in check if the attacking piece cannot be moved?

20
Can a pawn put a king in check?
34
Can a piece pinned to my king put the opponent's king in check?
4
Can two Kings stand next to each other?
6
Moving a piece out of the way for check
4
Is it true that at any time only one piece can put king in check?
5
Can I move a piece protecting the king if it keeps protecting on its new location?
2
What do you do when you put your king in check and you don’t realise?