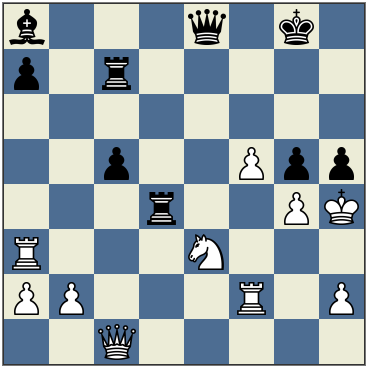 8
Has the 50 move rule been used in serious games?
9
How do you use 'en passant'?
4
What should be defined as an en passant checkmate?
6
What professional game has the quickest sequence, starting from move one, to quadrupled pawns?
17
Has there ever been a grandmaster-level win where a queen did not move nor get taken throughout the game?
4
Searching for players by primary opening choice