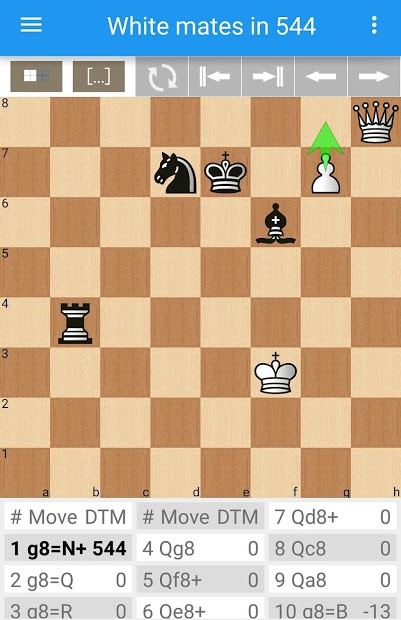 4
Longest DTC in the endgame KQPKQ depending on the place of the white pawn
1
chess program wilhelm
3
Longest DTM in the endgame KQPPKQ
3
Mutual Zugzwangs & Longest Checkmates (DTM, DTC and DTZ) in the endgame KRPP vs. KRP
4
Maximum DTC and maximum DTZ in the endgame KRPKRP
5
KRPP vs KRP - maximum depth to conversion?
5
Are chess engines too briliant to play good endgame?
5
How does black ensure a draw in this R+3P vs. r+2p endgame with all pawns on the same side?
6
What is important in the endgame besides centralization and activity?
5
Why is the f7-g6-h5 pawn complex so important for black in rook endgames?