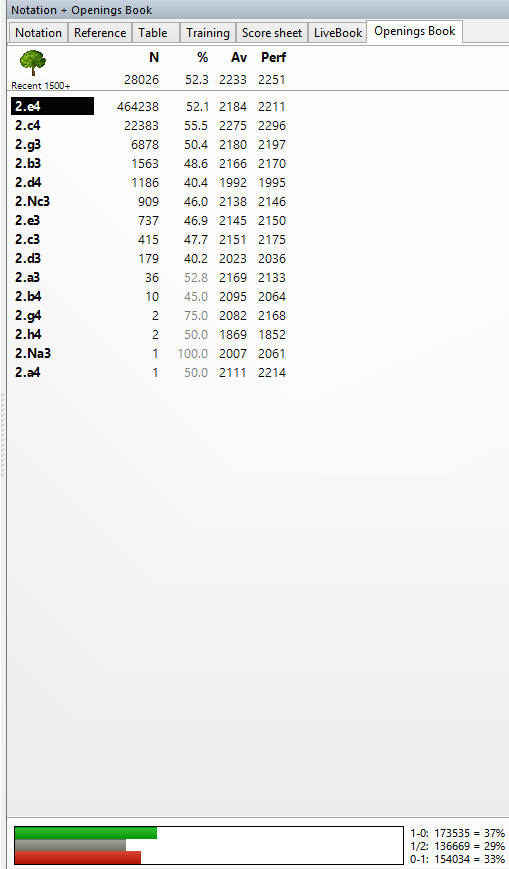 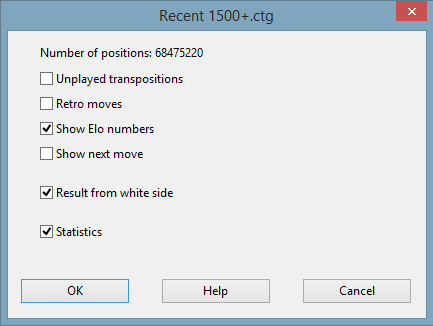 5
How can I frequently practice openings that are more than 1 or 2 moves long?
4
Making sense of Scid vs. PC tree score statistics
5
In ChessBase 12, when viewing an Opening Tree, why do all the games always stop near move 26?
4
How can I use Scid to figure how I should divide study time for each opening line?
3
In a ChessBase opening tree how can we put a column that displays the percent of time each move is played or a column that displays “Perf” minus “Av”?
2
SCID not recognising transpositions
3
Queen's gambit continuation
3
1.e4 e5 2.Nf3 Nc6 3.d4 Nf6 4.Bg5?
1
Software with support for Database with opening analysis