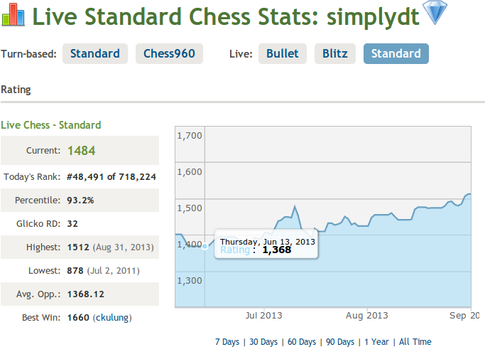 7
Which format should i choose to improve my chess skills (Blitz chess or Standard time control chess)?
3
What are quick and easy ways to learn, and what should i focus on
7
Training tactics - doing more easy puzzles or fewer, but deep, puzzles?
10
What to study after someone stopped playing for years?
6
How should a beginner improve gameplay speed?
10
What are some games I can watch to become better in playing chess?
6
Comparison of tactics trainers
1
What are some "quick start" openings?