Which World Champions other than Viswanathan Anand had a jolly personality? [closed]

Ask Question
Asked 8 years, 2 months ago
Modified 7 years, 10 months ago
Viewed 914 times
8
Closed. This question is opinion-based. It is not currently accepting answers.

First of all, congratulations to Viswanathan Anand for winning the Candidates 2014 tournament and qualifying for a rematch with Magnus Carlsen later this year!

I saw this interesting gesture made by Anand towards Karjakin after their game in the Candidates 2014 tournament (video here at 5:42:54). Anand just needed a draw to win the tournament and qualify for the World Championship, but Karjakin dragged the game for a whole 90 moves, making Anand patiently work and wait for the result. After Karjakin finally accepted the draw, Anand made a joking gesture as though he was going to attack Karjakin. 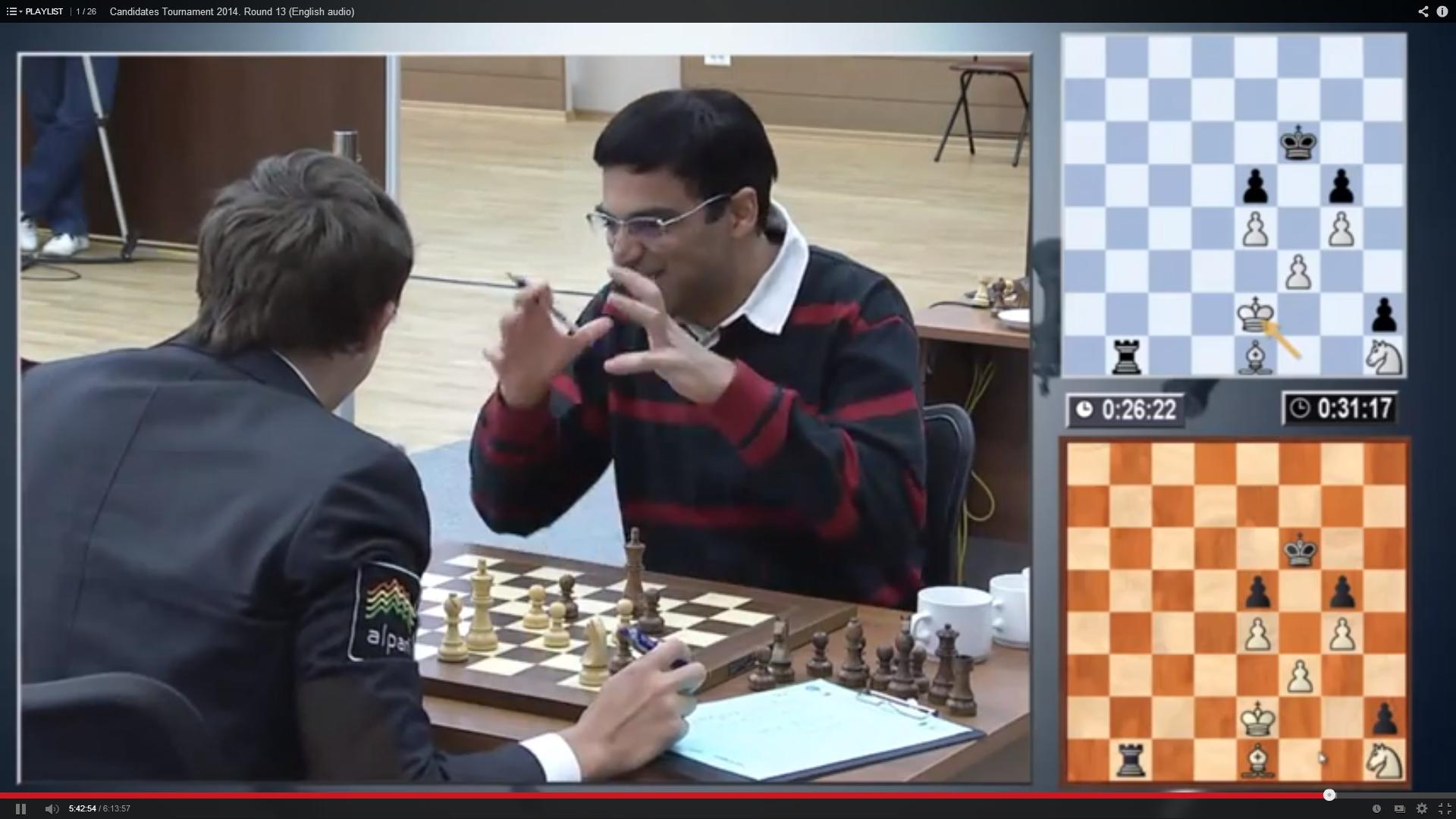 It seems to me that chess players can be often thought of as "too serious", but World Champions like Anand have helped change the outlook on that.

Which other World Champions in chess history had a jolly personality like Anand? Or is Anand unique in that regard?

Ah. I somehow missed that during live relay. Thanks for sharing.

Mikhail Tal comes to mind based on his Life and Games. He mentioned about 'forgetting' to stop his clock during tournament games for the sake of his time troubled opponents.

I don't know how many of us mere mortals could consider doing that. He must have been a jolly good fellow.

OK, the only World Champion I can name for being jolly besides already mentioned Mikhail Tal is probably Vladimir Kramnik, who is always a pleasure to listen to in interviews, http://www.youtube.com/watch?v=mCURWc4tlYQ

If your counting the FIDE world champions then Ruslan Ponomariov springs to mind, http://www.youtube.com/watch?v=nSirU4aJbKU

NOT world champions, but some top Grandmaster's who are very jolly

Levon Aronian is known for being an exceptionally nice fellow, http://www.youtube.com/watch?v=SoAfCInRTqY

Magnus Carlsen looks jolly to me.

Not the answer you're looking for? Browse other questions tagged world-championship anand karjakin or ask your own question.

16
Anand - Gelfand 12th game in World Chess championship 2012
6
Analysis of Viswanathan Anand vs Vladimir Kramnik in the 2013 Zurich Chess Challenge?
8
Rating calculations for Anand-Carlsen world championship
10
Did Anand have a forced win at any point in Game 9 of the 2013 Anand-Carlsen world champhionship match?
4
Aronian vs Anand World Championship Candidates 2014 Round 8. Is White better after 19.f4.
8
1. e4, 1. d4, 1. c4, or 1. Nf3? Which opening move has given the greatest scoring percentage for White in World Championship Matches?
6
Worst tournament performances of reigning World Champions
3
FIDE World Champions after 1993
5
Why is g5 much better than gxh5 in this position of Anand?
5
Unfinished Chess game between Viswanathan Anand and Garry Kasparov