I can't seem to figure out how to interpret the score statistics when browsing a chess database with Scid vs. PC.

To give an example, the following is a position from the ICOfY chess database tree browsed with Scid vs. PC: 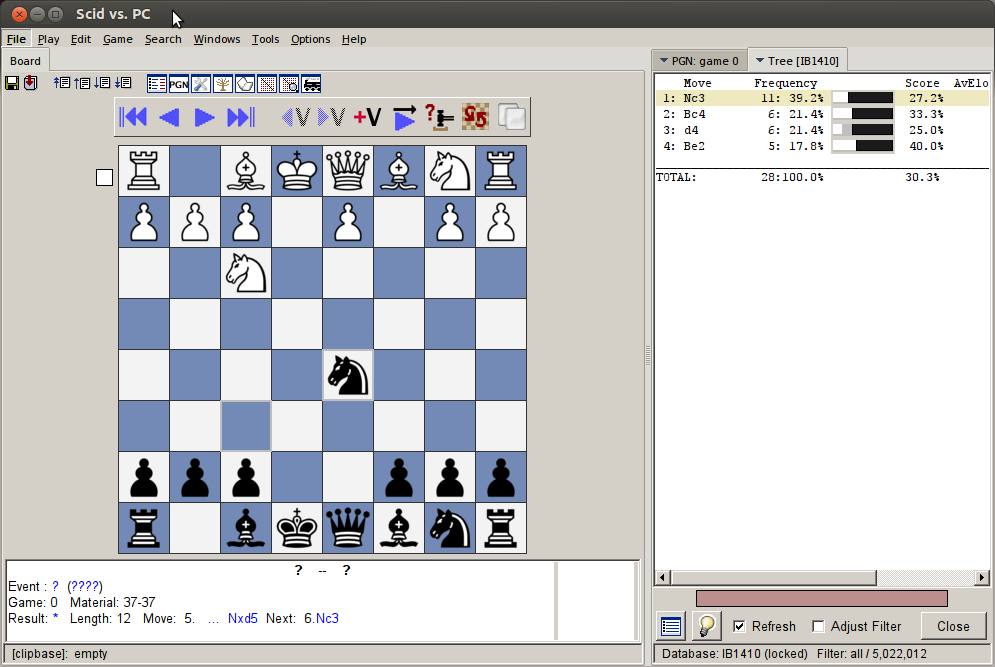 In the above position White is to play and the move Nc3 is shown as yielding a score of 27%. I.e. Black is winning by a wide margin. However, when I click on the Nc3 move I am faced with the following screen: 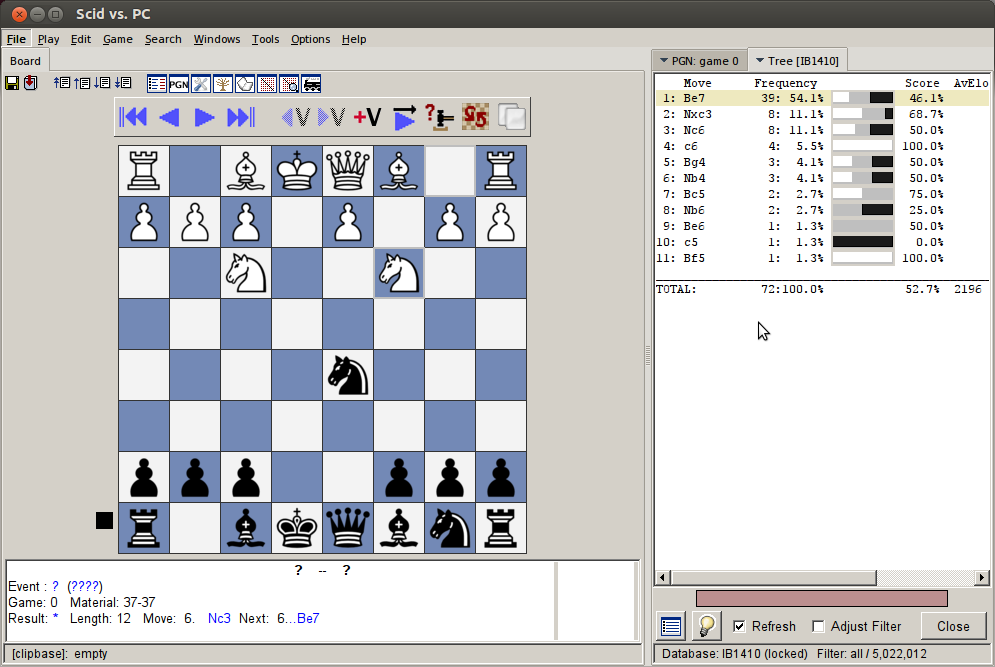 ... which paints a widely different picture for Black's prospects. Namely, showing a score of 46% for Black's most common reply (i.e. Black is only slightly better if I interpret the statistics correctly). Am I right in thinking that these statistics are not consistent with one another or am I failing to grasp something? Bonus point if you can explain why the Event description (lower left corner) is a series of question marks.

The statistics show what happened in games that reached the current position.

The position after Nc3 was reached 72 times. That obviously includes the 11 games from above, but also 61 other games that reached this position in a different order of moves. And in these 72 together, white scored 52.7%.

That's not inconsistent, you can go through the list of games yourself and verify the numbers.

What it is, is an example why looking at move statistics can be very misleading. The fact that white scored only 30.3% from the first position doesn't mean that black is winning at all. You don't even know that a single one of those results had anything to do with the opening! There could be all kinds of reasons for the results, maybe black was the much better player in all of them, or there were some white blunders, or who knows what.

Not the answer you're looking for? Browse other questions tagged software database scid or ask your own question.

2
Can 'Favorites' tagged with "Scid on the Go" be searched for in Scid on PC?
8
What's the difference between SCID and SCID vs PC?
6
How to flip board in scid?
0
Scid vs PC, how to get ECO data ?
1
Using the tree window in SCID on a subset of games in the database
2
Moving a game up or down the SCID database list
3
Making my own chess studies (like Lichess) with SCID vs PC