What length of time should one spend looking for a combination, and what factors should one consider?

That's a very general question that I don't think you will get a solid answer for. The chance of a powerful combination being available depends largely on the pieces each side has available and developed. So the answer varies based on what stage the game is in and the positions of each side.

Instead I would focus on identifying the types of combinations you are comfortable with, and start to learn to identify boards where those combinations MAY be present, and others where the combinations is not present. If you can speed up your identification you can determine on the fly how much time to spend on evaluating each potential move.

While good players are always alert for tactics, there are a few key "signals" that indicate that tactics and combinations might be available.

If there are one or more enemy pieces that are hanging or under-defended, you should look for tactics that attack that piece. For example, if a bishop is defended by an enemy queen and attacked by a friendly rook then the bishop is under-defended.

If the enemy king does not have many friendly pieces around it, then it might be possible to stir up an attack. If the king is castled, look for ways to disturb the pawn shield in front of the king, or look to see if the h7 square can be attacked. For example, a Greek gift sacrifice might be possible.

If the king has not castled, then be alert for tactics based on the f7 square. f7 is frequently weak because only the king defends this pawn.

If you have a moderate lead in development (an extra piece or two developed), then it is frequently possible to do something useful with the extra forces. Most usually this is an attack on the enemy king, but it could be something as simple as gaining a space advantage too.

If an enemy piece doesn't have many squares to which it can safely move, it might be possible to trap the piece. This most often happens with the enemy queen, but it is possible to trap rooks, knights, and bishops as well. Here's an example from one of my own games: 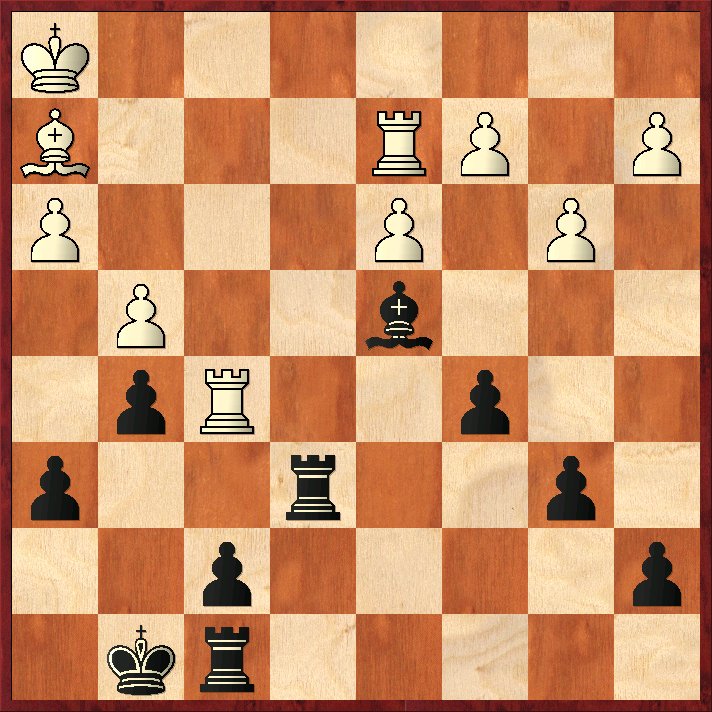 If you have decided to look for tactics, you should consider all of the checks available as well as all of the captures. This may sound slightly radical, but almost all tactics will fall into one of these two categories. Moves that place a piece close to the enemy king should also be studied. Almost all chess tactics are based on double attacks (or double "threats"), so look for moves that unmask an attack (discovered attack) or that fork two pieces.

Amount of Time to Spend

Depending on how much time you have left, you should spend as much time as you need to look at all of the possibilities. If you have only 5 minutes left, then it might be prudent to just look at obvious moves fairly quickly, but if you have more than an hour left on the clock, there is no excuse for missing a winning tactic.
With practice you will be able to look at all of the captures and whittle them down to one to three worth considering very quickly. For example, sacrificing a queen for a bishop should at least be checked out (it's a capture), but almost all the time it is sufficient to look just another move further and decide that there is no follow up. The best players spend over an hour on a single move if it is possible that there is a winning attack in the cards. The biggest reason for this is that they are able to win with just a few minutes left on the clock, so it is worth the initial time investment in order to gain a winning position.

To conclude, here's another example from one of my own games. I was black, and I got to this position. Notice that I am up a piece, but black now has a knockout blow to end the game immediately. I spent some time looking for tactics because the enemy king is weak and the king is also low on squares (only can play Kxg2). Since it is likely that a successful tactic will win the game, I was willing to spend about half of my remaining time on the move (although I spent significantly less than that in the game). I had about 35 minutes left. 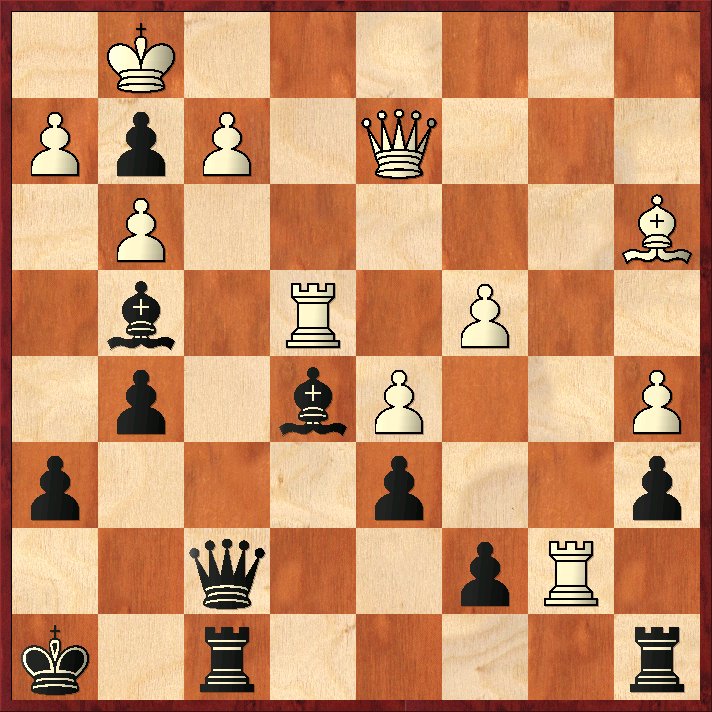 The time spent on looking for combinations is a function of board position.

As more pieces come into play you will look for combinations more, particularly if there are open lines for attack. Ideally, you eventually arrive at a board position where there simply must be a combination available. At this point you search until you find it.

I am trying to give an answer from a practical point of view.
(Disclaimer: the answer is essentially opinion based).

Let us look at the thought process when one plays chess. Suppose it is your turn to move. What you look for depends a lot on the position at hand (and your playing style). You would notice the tactical and/or positional resources first (your resources and your opponent's resources). Unless you have a clear target, you should rely on judgement and intuition and play a move that improves your position and/or helps achieve your overall game plan (or stop your opponent's). If you have a clear target (eg: I have multiple ways to threaten checkmate), then start calculating.

You should start looking for a combination only when you have multiple resources at hand (similar to two weakness principle of Steinitz). The following are some of the resources:

So, how much time you should spend on looking for a possibility of a combination? Depends on how many resources you have and how good those resources are. I would recommend spending more time on spotting your resources than the calculation. Even when a combination exists, it may be hard to spot if you start calculating from the position. Sometimes, you have to think about what pattern/theme you want to achieve, and then look for ways to make it possible.

Not the answer you're looking for? Browse other questions tagged tactics combinations or ask your own question.

20
What is the origin of this breakthrough combination?
9
Sacrificing Bishop for Two Pawns against Queenside Castling
6
Difference between tactic and combination?
3
Multi-threat situation
17
Who has the advantage at this point in the game?
10
How much time you spend on one puzzle?
0
Does three-player chess have any special tactics I should know about?
6
Should I play a risky combination when I don't see the refutation?
2
Which is better for an improving amateur to play even better: correspondence chess or faster time controls[both online]?