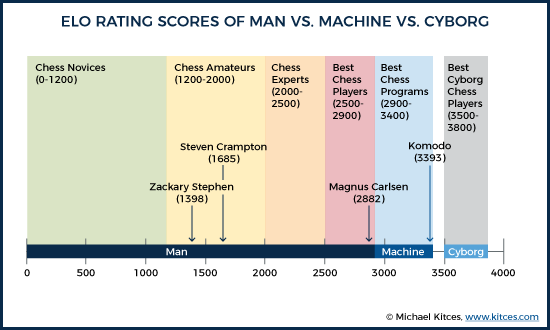 Is it true that cyborg chess players are (that much) better than the best chess programs by themselves?

Yes, it is true that "cyborgs" are better than the best chess engines. That's why the best correspondence chess players still beat engines. (Sort of. By far the most common result of such games from the opening position is a draw.)

See source (part 2 can be found from the same link), which is an interview with a former correspondence chess champion.

Today chess engines are much stronger than the best humans and many people wonder about the role of humans in correspondence chess. What can you do that the engines cannot do?

It is indeed impossible to achieve any significant result in today’s correspondence chess without engines and databases. But we humans play, not the engines, and the input of humans mainly affects two areas: a) the choice of a suitable opening, and b) steering the engine toward (or away) from certain types of position.

If you want to be successful in top correspondence chess you can only play a certain set of openings because you simply cannot afford one single sub-optimal move – if you do, you will sooner or later regret it. That’s as certain as death and taxes.

How well you guide your engines depends on your general chess knowledge. The better your chess knowledge (the significance of pawn structures, good bishop, bad bishop, etc.) the better you will do here – today’s engines are very strong but they still misjudge positions. If you have enough time and patience and composure you can feed the computer with more good ideas than your opponent – exactly the process described by former World CC Champion GM Ron Langeveld in an interview on the ICCF website.

6
Kasparov said human+computer beats just computer. What does human bring to the table in such teams?
11
How accurate are chess engine ratings?

15
Are the best engines better than the best humans?
5
Illegal swiss pairings?
3
Do better board representations than the standard one exist?
2
What would approximately be the ICCF rating of a GM with no external help and of a computer with no human judgment?
10
The strength of blind chess players
2
Is any rating information available for human/computer hybrid players?
25
Is computer chess exhibiting the predicted "draw death"?
6
Can you objectively determine who was the best chess player of all time?
14
Why have engines not increased top rated chess players' Elo?