Besides rating consistency and rating going up, are there other objective ways to track progress in chess performance?

For example, could one measure ACPL (Average CentiPawn Loss) over time to detect progress? Could masters look at the games of a player and determine they're playing better even if their rating isn't going up, assuming their losses aren't attributed to time trouble or poor internet connection?

There are a couple of things to track.

One metric that I quite like to use is accuracy. I'm not sure about other websites, but with the premium Chess.com subscription you can run an engine analysis on each game you play. With this analysis comes an accuracy percentage 0-100% e.g. if you played the perfect move each time you would have an accuracy of 100%.

Over the year I've been playing I've noticed that I've gone from an average accuracy of ~60% when I was rated 600 elo, to an average accuracy of 70%-80% at 1200 elo. It's quite a nice way to measure improvement because although you will likely have lower accuracy in games you lose, your accuracy is somewhat independent on the result of the game (you can still play amazingly and still lose because of 1 blunder). 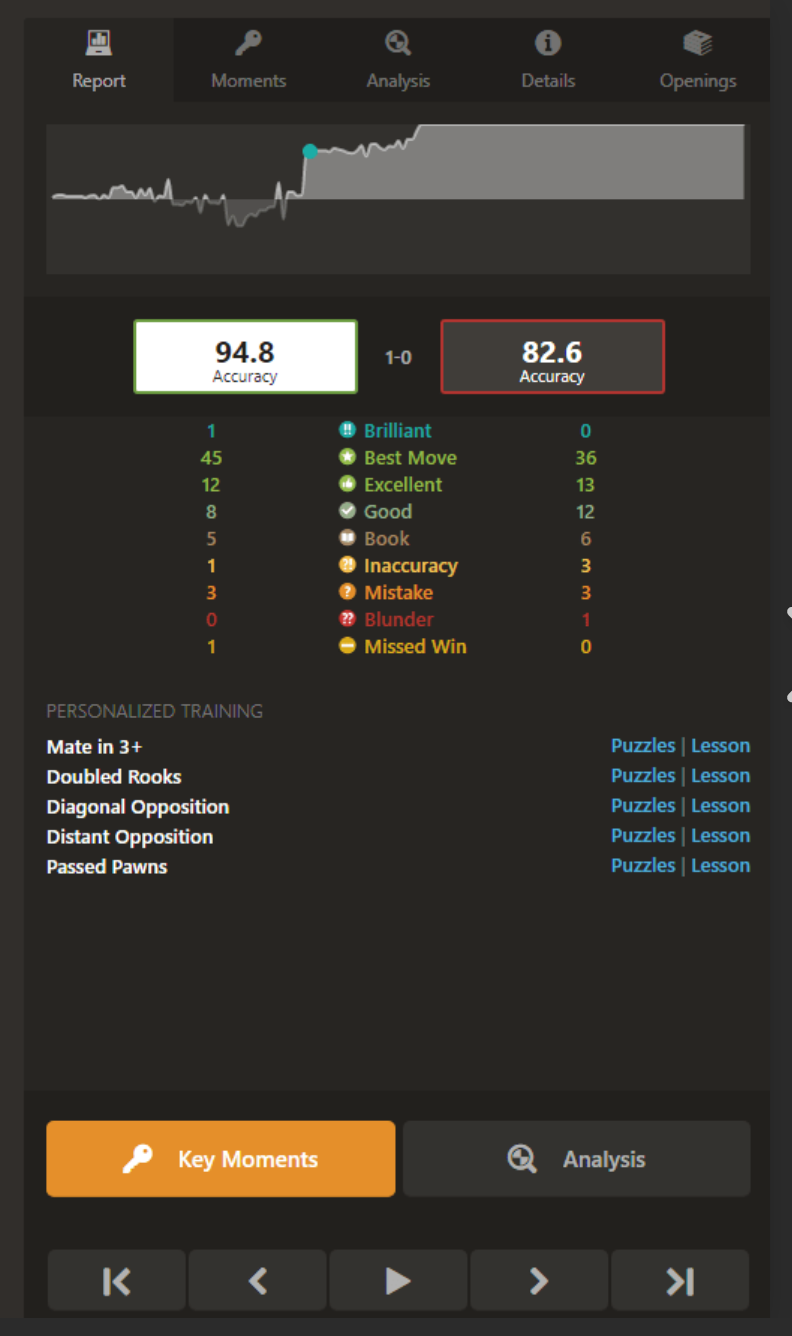 By that I mean that if you want to track something other than actual rating, but that was based on rating instead, then it's possible. For example, you could give puzzles in increasing degrees of difficulty, but that difficulty would be based on rating.

Otherwise, everything in most games is based on rating. There are many rating systems and chess uses an ELO system. For example, in sports seasons they use W-L ratios or points systems, which are also a type of rating. Even calculation of an average centipawn loss is a rating although engines wouldn't really be accurate as chess is not solved yet.

If you live in a county with a large Swiss Tournament that consistant have the same people playing then you could track the score in the tournament. (You could also use the rating of the other players to work out your tournament rating.)

Not the answer you're looking for? Browse other questions tagged rating or ask your own question.

7
Which countries are easiest to gain rating points and earn FIDE titles in?
4
What are the records for highest 1 year span performance rating?
1
Are there any papers that highlight the problems with rating systems?
0
Do you get rating points if the other player just leaves an online game and loses on time?
28
Are chess players getting better, given the same rating?
8
What significant changes are there in the new FIDE rating regulations which come into effect from 1st January 2022?
12
Is there any correlation between average rating and the time of the day?
0
What is the difference between TPG and Tournament Performance Rating?