How can I evaluate a position in 4x6 chess?

For example, here is a 4x6 chess position. Black to move. How can I determine who is winning, and by how much? 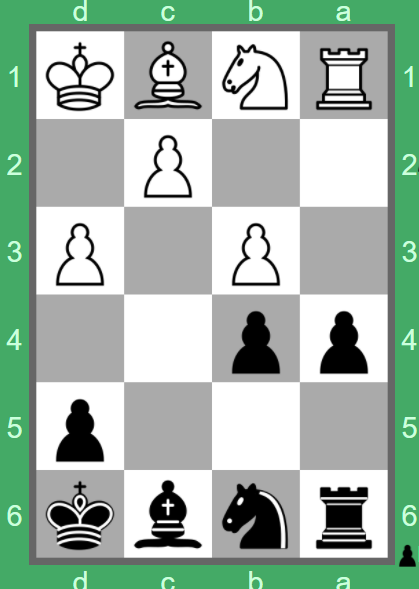 Chess variant on a small board. Standard rules apply with the following changes:

Fairy-Stockfish is a nice Stockfish fork that can handle a variety of Chess variants. Find and install it following the directions here.

Create a file called variants.ini. Paste the following into there.

Alternatively, download and save the linked file somewhere on your computer, which comes with the 4x6 variant along with several others.

You have a variety of choices for which front end to use. I am going to use Xboard. If you happen to be on Windows, you can use Winboard and the procedure should be fairly similar.

If you've chosen to install Xboard/Winboard, you can use the following procedure. Click engine on the menu bar up top and then go to edit engine list. Modify and add the following line

You can now go back to Engine in the menu bar and select Load New First Engine, selecting the engine you just added. You should now see something like the following image. 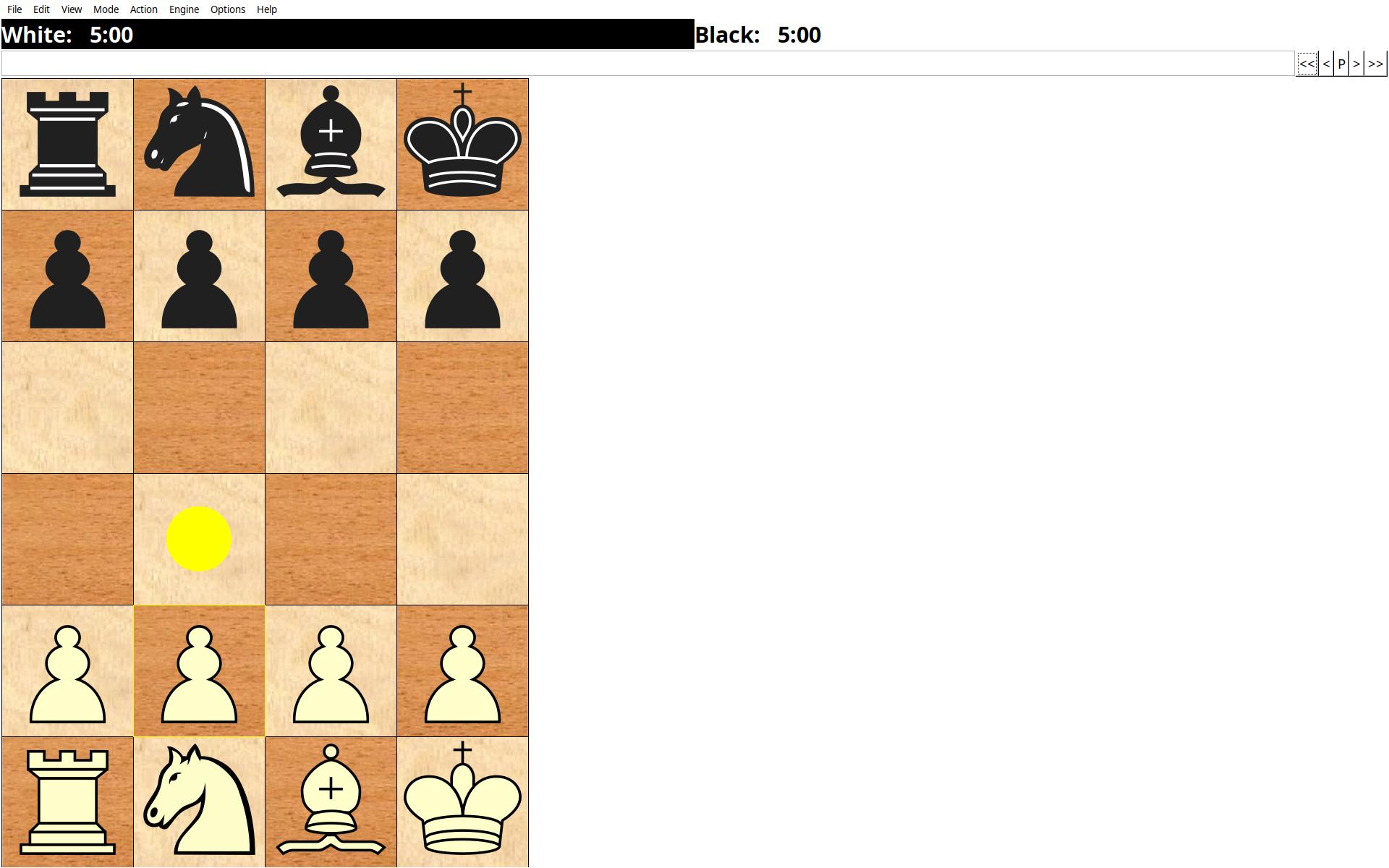 You can play the engine from this point if you want. Alternatively, you can paste in a position and ask the engine for analysis. To do the latter with your initial position, copy the following fen to your clipboard:

On the Xboard/Winboard menu bar select Edit and then select Paste Position. The position should now be in Xboard. Finally you can select mode from the menu bar and select analysis mode. This should give you what you want: 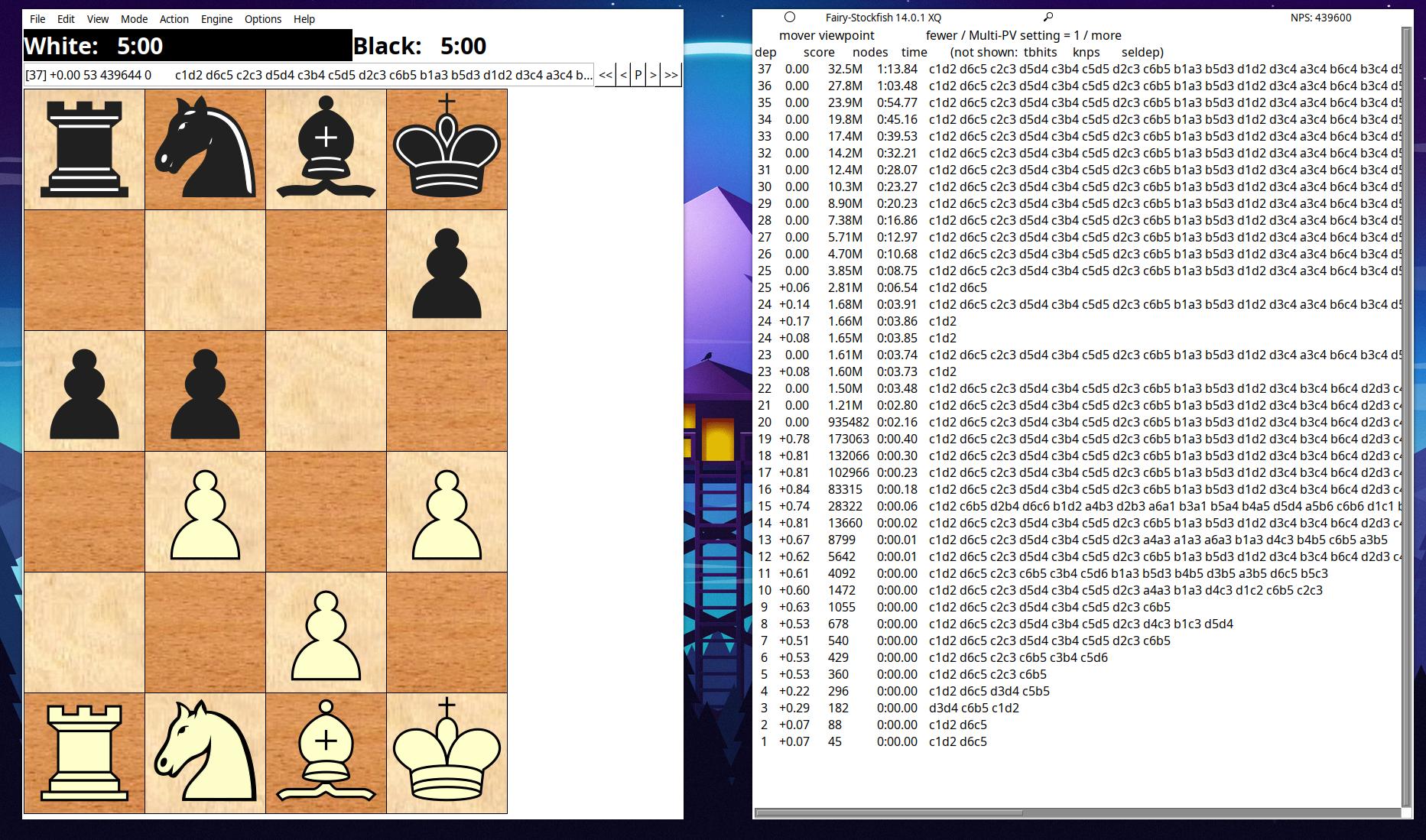 Not the answer you're looking for? Browse other questions tagged analysis chess-variants or ask your own question.

20
What material handicap would be required to compensate for a single double-move?
12
Looking for a chess variant with a circular board
8
How to propose a new game variant?
4
Sacrifice a pawn to reorder the pieces
10
Variant in which two pieces can occupy a single square
4
How to Create Positional Theory
12
Are there any inherent problems with point-symmetric random chess?
3
How many possible chess moves are there?
7
What are the origins of Hand & Brain chess?
0
How do I evaluate the value of every piece in Mathematical Chess?