How do super-GMs, with the white pieces, avoid drawish positions?

I'm an amateur, so I don't have too much knowledge of contemporary opening theory, especially now that engine analysis allows frequent innovation.

If two super-GMs are playing in a slow game, and the one with the black pieces intends to reach a boring, drawish position as far as possible -- let's say, because a draw is enough for the one with black to advance to the next stage of the tournament -- can white really force black to enter less drawish and less boring openings?

If you can illustrate your answer with one example, I'd be grateful!

I've added the tag "psychology" because I imagine psychology has a lot to do with the question.

To answer this question, it is necessary to touch a few theoretical points. I will try to be brief.

For a profesional player it is easy to reach both drawish or equal positions right of the opening. Depending on the player's spirit, as well as the tournament strategy he is using, whether he'll go for one or the other.

To go for equal positions instead of drawish positions, you need positions with imbalances. An imbalance is some strategical, positional or material factor that alters the equilibrium of the game in one way or another. They do not necessarily mean "disadvantage" or "advantage": an imbalance simply means each player has different things to play with.

For example, this is a balanced, drawish position: 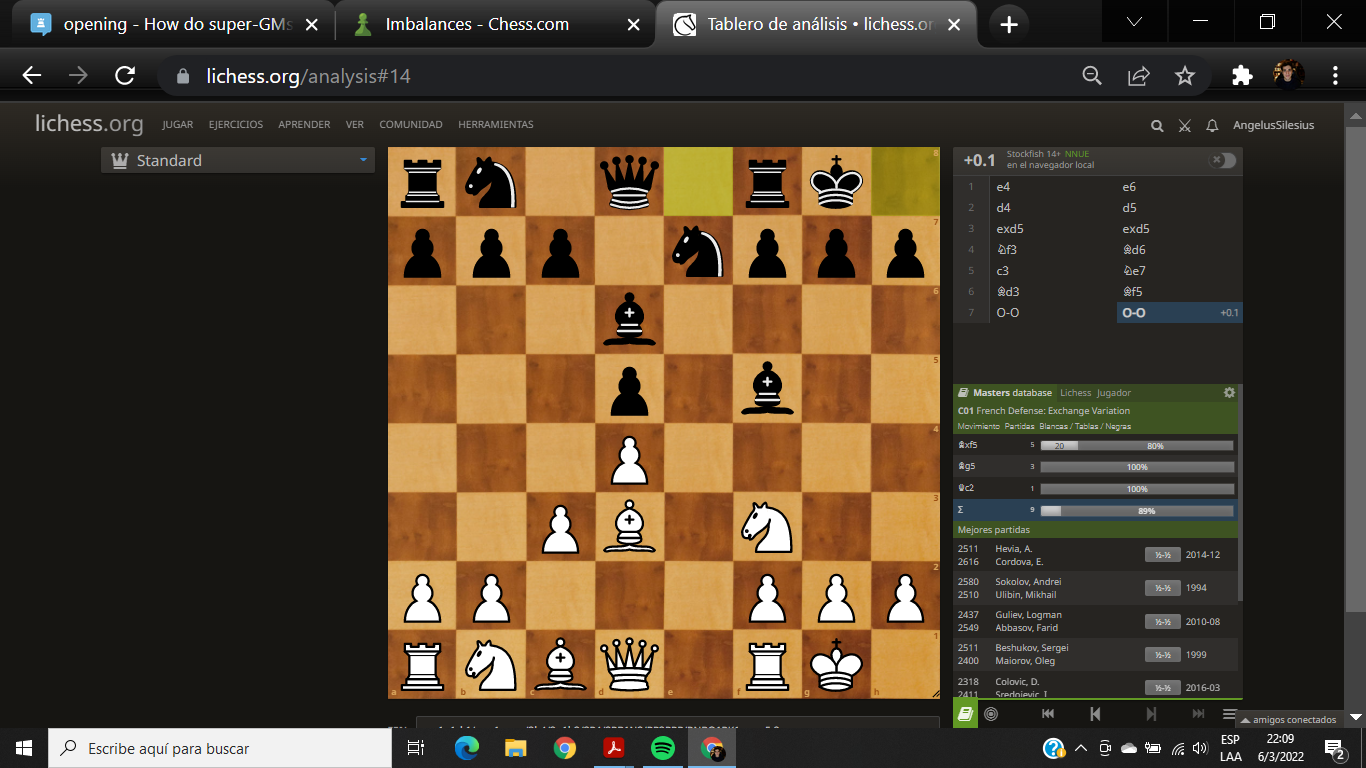 The position is typical of the exchange variation of the French Defense. It is balanced because there is equal material, same pawn structure on both sides, same king safety, same central control, same development, same everything. Boring! 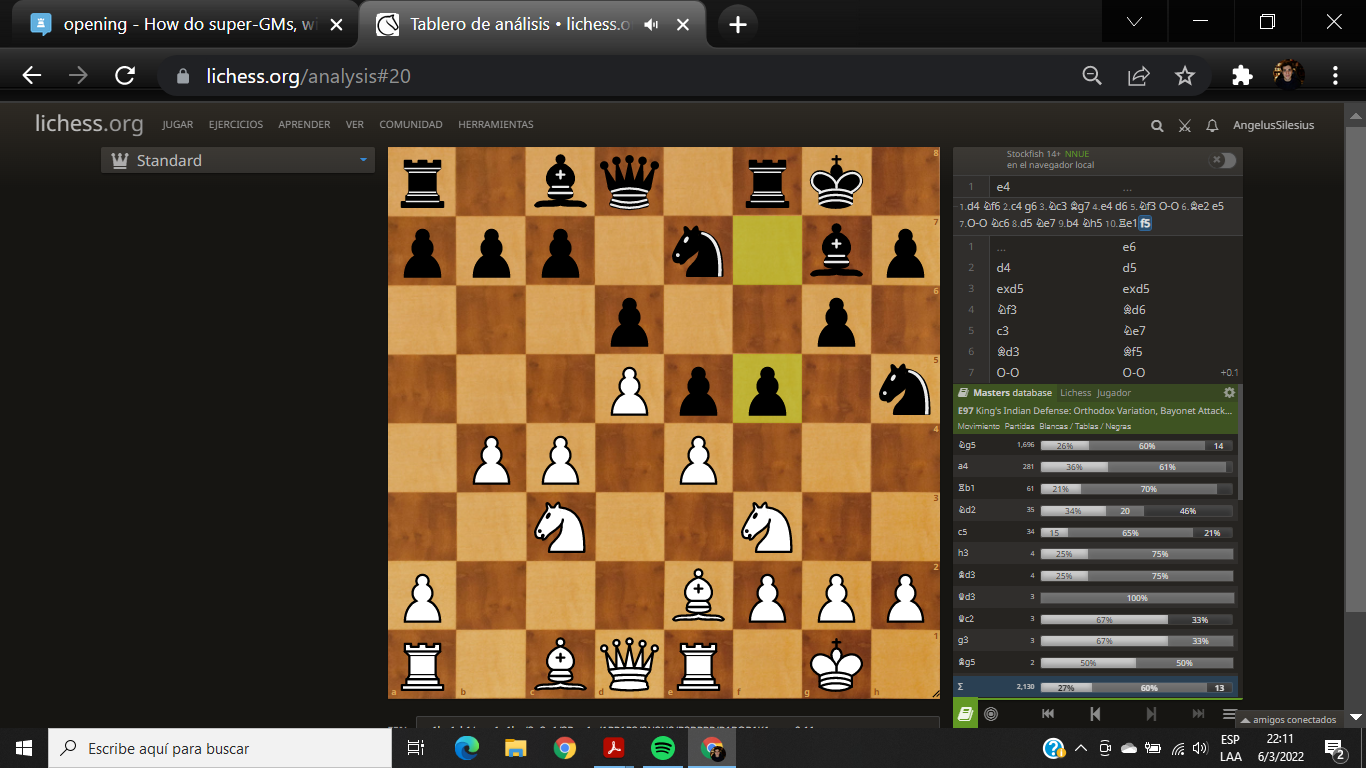 This is an imbalanced position. White claims greater space on the queenside (and therefore prospects of queenside play) and more space in the center, while Black can claim a potential attack on the White king and eventually more space on the kingside.

Both positions are equal. However, they aren't both balanced.

To finish, the way a GM can try to avoid drawish positions is to create imbalances. Some openings are more balanced than others. The exchange french is balanced and extremely drawish (and boring), while the Winawer french or the KID are imbalanced positions.

Due to the extreme ability of GMs, they more often than not reach draws even in imbalanced games. This is because both players know how to exploit their different advantages and defend their different weaknesses. However, the fact that they reach draws do not mean the games are drawish. If there are imbalances, there are winning chances. It's just that they are, more often than not, too good to lose.

Not the answer you're looking for? Browse other questions tagged opening theory psychology or ask your own question.

9
For Black, against the Caro-Kann Advance Shirov variation 4. Nc3 which move tends to lead to the most positional, slow, solid and strategic positions?
2
Advice on how to draw with White
6
How to play for a win with White without fighting for an opening advantage
12
Outsmarting an intelligent copycat in the Ultrasymmetrical English
3
How to avoid the French in the Alekhine, Scandinavian Variation?
5
To what extent is the openness/closedness of positions determined by white? By black?
8
How do GMs “play the man, not the board”?
8
Empirical question: Is a drawish opening line really a concern for an ambitious player?
4
How to avoid falling into unfamiliar traps in the opening stage?
6
Is the Caro-Kann principled? Why is there no refutation?