It's a variation of the Falkbeer countergambit that I'd like to learn to surprise my opponents but I can't find any resource on the internet.

Whether it's books or videos I don't really mind, but I have a small preference for videos.

I'm very confused by the existing answers. This variation has a name. It's called the Nimzowitsch or Nimzowitsch-Marshall Countergambit. According to Wikipedia it's even the most popular response to white's 3. exd5 and in fact is considered to be the best move.

According to Chess Notes it was first played by Marshall against Teichmann in 1905.

As for videos, any video on the Falkbeer really should cover this variation, although I found some which don't. But here's an example (from 6:50).

This is the analysis I have done with help of the Lichess database. It is a very sharp variation where Black often sacrifices material for activity.

He has done a video on the Falkbeer Counter Gambit in which he considers three black continuations, 3...exe4 (which he says transposes to the Modern Defence to the King's Gambit Accepted), 3...c6 (the Nimzowitsch Counter Gambit which you are asking about) and 3...e4 (the Staunton variation which he considers visually frightening but harmless if white knows what they are doing).

He spends about a third of the roughly 20 minute video on this line which he considers black's most aggressive and challenging option in the Falkbeer Counter Gambit. It is the best online resource for this variation I have found.

I saw something in a Daniel Naroditsky speedrun video! He basically explained how it's like an ideal version of the caro-kann.

There is a free chess cloud library api where you can input the position and it will return analysis from stockfish. It has an interface where you can explore openings/endings. One of the cool things about it is that if you reach the leaf position, you can request for cloud analysis and then later analysis results will be shown. 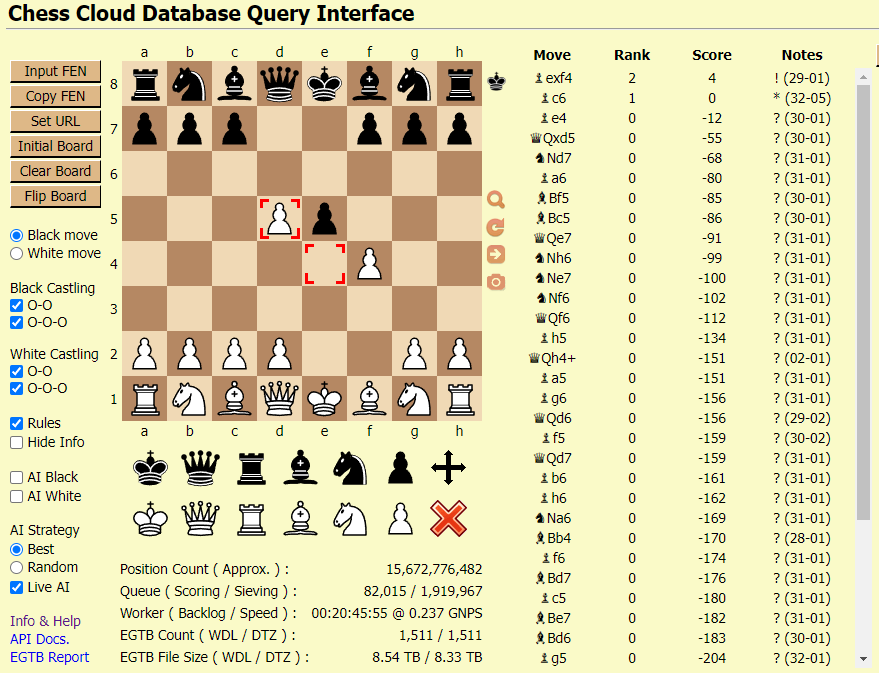 The score of c6 is 0. Score is from the side to move perspective. Info can be found at https://www.chessdb.cn/cloudbookc_info_en.html 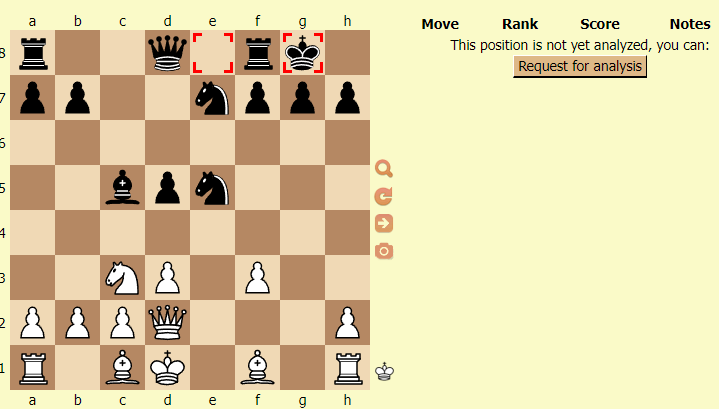 I created an interface using that library see the following image.

You can explore lines and discover how a bad move is punished. It can show the score some plies ahead from the current position. You can also save the pgn. It has no feature to request position analysis though.

8
In the books Wojo's Weapons, why was Wojo occasionally known to say "I'm too lazy!" when asked why he didn't play 1. d4 instead of 1. Nf3?
6
In the modern benoni, what should I do if this happens?
5
Sicilian Lowenthal-Labourdonnais
4
Help for beginning player to start learning openings
2
Book on Black openings
5
Getting the most out of chess books
10
How to handle Black's Bc5 in Bird's Leningrad?
8
Caro-Kann advance variation w/ 3. c5 dxc5