Is there any website that generates and hosts board position with PGN as input?

Is there any website out there that takes PGN input and generates and hosts board positions (To show as image in the question or answer), till the time we get something like this done on this website itself, we can at least borrow?

Found one, after googling for quite a while!

Here is the diagram I just generated at the URL http://www.chessvideos.tv/bimg/3etzqdenimww8.png 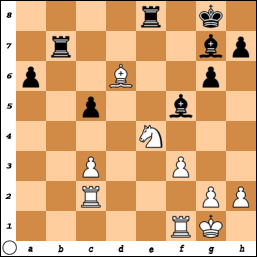 [Edit]
Found another one, this one is far better, it generates Animated gifs

This can be done here http://www.caissa.com/chess-tools/pgn-editor.php

There is a very nice web service called Chess Imager that generates a board diagram from a FEN string included in the URL and you can even change the color of the squares using RGB values that you encode as well. I have used this several times in my posts on this forum.

You just build the URL, which is not difficult, and then bast it in the image (from web) dialog box. The only think I do not like about it is that it does not included a method of identifying the side to move nor does it have an indication of which side is to move. But there may be other options for that that I am unaware of.

It would probably be easier to Google FEN to chess board image rather than PGN.

Something I put together myself: Diagram maker You can have source upon request. It's written in Jquery and php. It supports drag-n-drop and generates png and FEN

Not the answer you're looking for? Browse other questions tagged learning pgn or ask your own question.

2
Learning chess over the board vs using software
4
PGN with arrows and circles
2
How should I analyse my game to get better?
1
Is there any software that will print a .pgn file in scoresheet layout
2
How to package PGN in Lichess analysis page format
10
Render a chessboard from a PGN file
3
Looking for special chess freeware
6
How much should I rely on an external board or diagram when reading a chess book?
3
Quick method for generating FEN strings from PGN using Python Chess