Harriet Hunt is the new women's british chess champion after jovanka houska won it the last 4 times in a row for a total of 9 times. Harriet is now a 5-time champion but last won the title in 1999 (22 years ago).

Surely Jovanka could've beaten Harriet, who appeared to have been focused on more on studies for the last 22 years and didn't seem to have been playing the british chess championships from 2016 to 2019. But it seems jovanka actually wasn't around to defend the title in 2021. Is that so? If so, then why is that?

Thought I'd share this via Q&A after that answer was accepted: Jovanka chose to stay in Norway (after Meltwater Champions Chess Tour I guess) and prepare for the FIDE Women's Grand Swiss Tournament 2021. 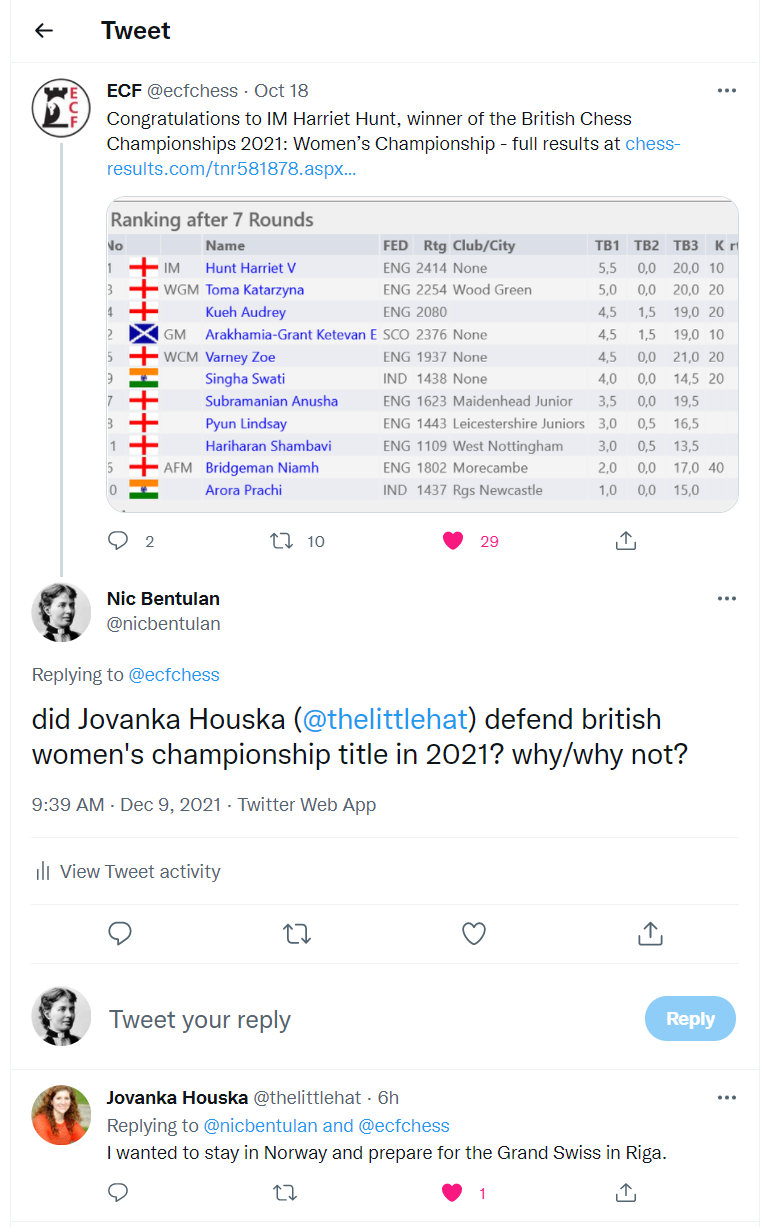 19
Why is Jovanka Houska introduced as a WGM when she holds the more prestigious IM title?
2
Why are some chess championships defended while others have the champion starting from scratch?
0
Both (at least) WGM and PhD/doctorate

4
Chess challenge #7: Women's European Team Championship
3
Does the winner of the women's Oceania Zonal qualify to play in a world championship match?
19
Why is Jovanka Houska introduced as a WGM when she holds the more prestigious IM title?
2
Why are some chess championships defended while others have the champion starting from scratch?