4...O-O followed by 6...Ne8!? is a popular line in the f3 Nimzo at master level, but I'm still struggling to understand why it's played.

In this video, Caleb Denby seems to imply the main reason is Black wants to go after the c4-pawn with a typical Nc6-Na5 / b6-Ba6 plan, but wants to stop an eventual pin with Bg5 that could be annoying for Black and "force him to make concessions in the center." But why not just throw in the move ...h6 at some point instead? eg.

To me, it seems pretty bizarre to use a full move to undevelop your knight to a bad square and potentially let White Greek gift you in the future, in anticipation of a move that White isn't even likely to play for another 3 turns.

The move ...h6 can seriously weaken the b1-h7 diagonal.

Going down the main line might help explain what this Knight is doing on e8: 6...Ne8 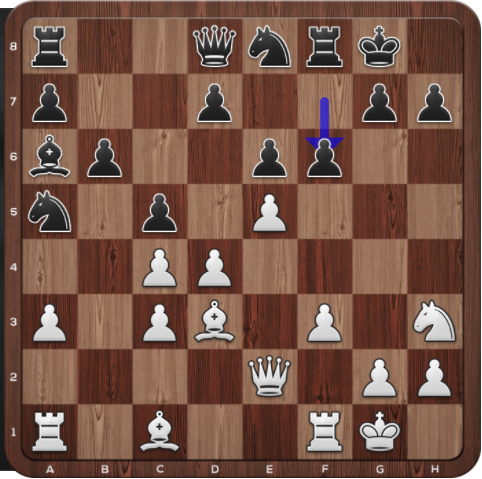 From this diagram you can imagine if 6...h6 was played instead. Once White gets e4-e5 in the b1-h7 diagonal is very weak.

Not the answer you're looking for? Browse other questions tagged opening strategy nimzo-indian or ask your own question.