Analog chess clock with second hand - when is time up?

I recently purchased an analog chess clock. That is, although battery powered, it has two normal clock faces, including the red flags, but also including red second hands.

The second hands can be set to the zero (12 o'clock) position by letting the clock run until they each arrive there, and then setting the minute hand to the desired position. In other words, the clock can start with the second hands pointing vertically.

Also, is there some convention about who sets the clock? Does one player set it and the other check it? Does each player set their own side? Does a third party set the clock? 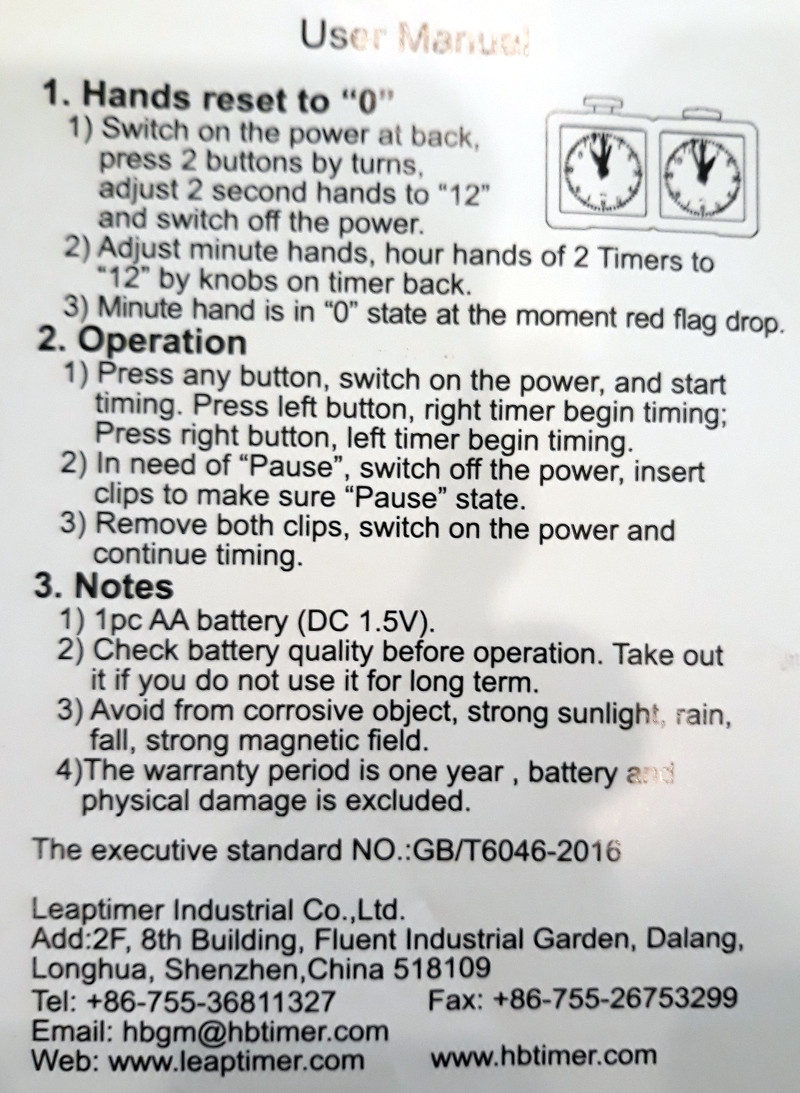 I have no comment regarding the question of the seconds hand, but yes, analog clocks are likely to be less accurate compared with digital clocks, which may be one reason why they are not preferred anymore. If you look at official FIDE or USCF rules, they say digital clocks are "preferred", while analog clocks are only (usually) "allowed". The other reason of course is that many events use time controls with increments or delays.

Now the question of who sets the clock: I've never found anything written in the rules, but anecdotally my experience is that the clock is usually set by its owner in "bring your own clock" events; in events where the organizers supply the clock, sometimes the clock is set by the organizers although sometimes they leave it to the player. I've never seen a dispute where both players wanted to set the clock themselves, but I suppose in such a case calling the tournament director would be in order.

However, if you are setting your clock you should let your opponent see and explain any particular quirks of your clock that they need to know about.

Not the answer you're looking for? Browse other questions tagged time-management chess-clocks or ask your own question.

3
How to exploit an opponent's time trouble? (no increment)
14
What is the result? (Rules + puzzle)
3
What happens when both players are out of time in Blitz?
7
How do delay and increment work, exactly?
16
When does a chess clock start?
1
Is it possible for a clock to show less than 30 seconds for a player in a game with a 30-second increment?
18
What should a player do in blitz if he knocks a piece on to the floor after pressing the clock?
2
Are Bronstein delay and simple (US) delay really equivalent?
13
When should I introduce chess clock to a child?