What are techniques to improve the number of moves thought through in advance?

I read somewhere that on average a GM can think up to 10-15 moves ahead in tactical positions.

Is there any specific technique to improve this depth?

Please do not provide a generic answer on how to improve one's game, I am only interested in understanding how to increase depth.

A very common approach is to work backwards. Instead of studying openings first, followed by the middlegame and the endgame, you study endgames first. Once you know some endgame positions, it may be sufficient to calculate only three moves deep in a late middlegame position, because you know that the resulting endgame is won for you.

Let's consider a position were you have a pawn, king and queen vs. your opponent's king and queen. You have the option to exchange queens and leave black's king too far away to stop your passed pawn. It takes you three more moves to promote that pawn and now you know that K + Q vs. K is easily winning, although it may take another 10 moves. Thus, you just saw 14 moves in advance by going from one position (K + Q + P vs. K + Q) to another (K + P vs. K) and then to a won K + Q vs. K endgame.

This is of course a very basic example, but the point is that grandmasters do not really calculate 30 moves ahead. They just know that the given position transforms into another, which leads to a won endgame. The more positions and the more patterns you know, the better you get at calculating. This might help you to improve that skill:

Those "shortcuts" should lead to fast improvement. After you did the above things (or while doing so) it might also be a good idea to practice your visualization. Try to say whether a given square is black or white, whether a given position is checkmate or whether a knight can reach some squares within one move. Furthermore, you should always imagine a combination in your head after a game. Try to move the pieces without touching them in reality and try to picture the position after some moves. A nice program to practice visualization is the freeware "Chess Training Tools". You might want to check that out. An interesting website to learn tactics is http://www.chesstactics.org/. It offers many examples and great explanations.

A good place to start for improving calculation is a famous book called Think Like a Grandmaster by Alexander Kotov. There is some debate as to whether Kotov's Tree of Analysis is effective in improving calculating ability (such as from the first reviewer to the book on Amazon in the link above), but that discussion will lead you to other areas like pattern recognition.

Another book that discusses Kotov's ideas in depth is Improve Your Chess NOW by Jon Tisdall. In this book Tisdall suggests a more human-friendly selective approach to Kotov's Tree of Analysis, rather than the brute force computer-like approach of Kotov.

This is going to vary wildly based on the individual and what works for each person.

One common teaching technique is to study endgames. Since endgames have fewer pieces, there is less focus on finding the best move and more focus on calculating long variations accurately. King and pawn endgames are especially good for this - you must be able to accurately count pawn moves in order to achieve the best result. 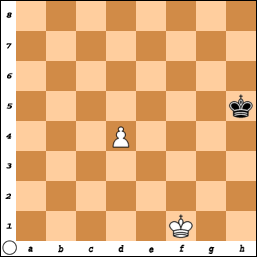 And a very complicated position: 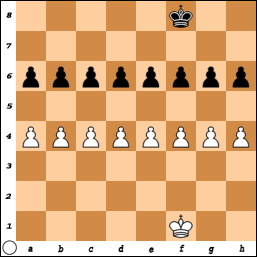 Both examples are white to move and win.

For more generic thoughts on calculating and visualization, you can see this question.

My understanding is that masters can look 10-15 moves ahead in some positions (ones they know well). An experiment once showed that they didn't do so well with "random" positions (ones where pieces were placed randomly on the chess board without regard to chess "sense.")

The way to this kind of understanding is to learn some (particularly complicated) positions five, then ten moves ahead, in the main variations. Then learn another position like this. Eventually, you'll have a repertoire of positions that you know 5-10 moves in advance. Then use them as a basis for comparison to other positions you might encounter.

Not the answer you're looking for? Browse other questions tagged learning analysis calculation board-vision best-practice or ask your own question.

19
How can one improve their over-the-board analysis skills?
16
Memorizing the board
21
Is it permitted to stare at a blank chessboard during a tournament game?

5
What are some common statistical analyses we can run on many games (~20k games)?
4
Analyze, improvement - My game without blunders?
6
Can watching grandmasters' games improve my chess 'thinking'?
3
How to exploit an opponent's time trouble? (no increment)
9
Is there some resource of non-tactical positions to practice analysing?
4
How to Create Positional Theory
3
How to keep improving when missing advanced knowledge prevents finding the answer to tactical puzzles
0
What are some free chess software for showing the best moves in the final output analysis?
5
What is the difference between a brilliant move and the best move?