Why do you see peaks on the elo distribution?

I was observing the elo distribution in Lichess and noticed peaks around rounded numbers elos ratings for medium to high rated players. This is consistent in Bullet, Blitz, Rapid games and not so much in Classical. I would have expected to observe a smooth curve.

Does anyone have an explication for this phenomenom?

My own explanation is that people tend to play until they get a nice number and stop for a while. I know I do this sometimes. In Classical playing to many games is not an option because obvious reasons and so the curve is smoother.

This is because Lichess is plotting the curve, taking 25 rating points as a unit. That's why you can see coordinates on X-axis 25 points apart. 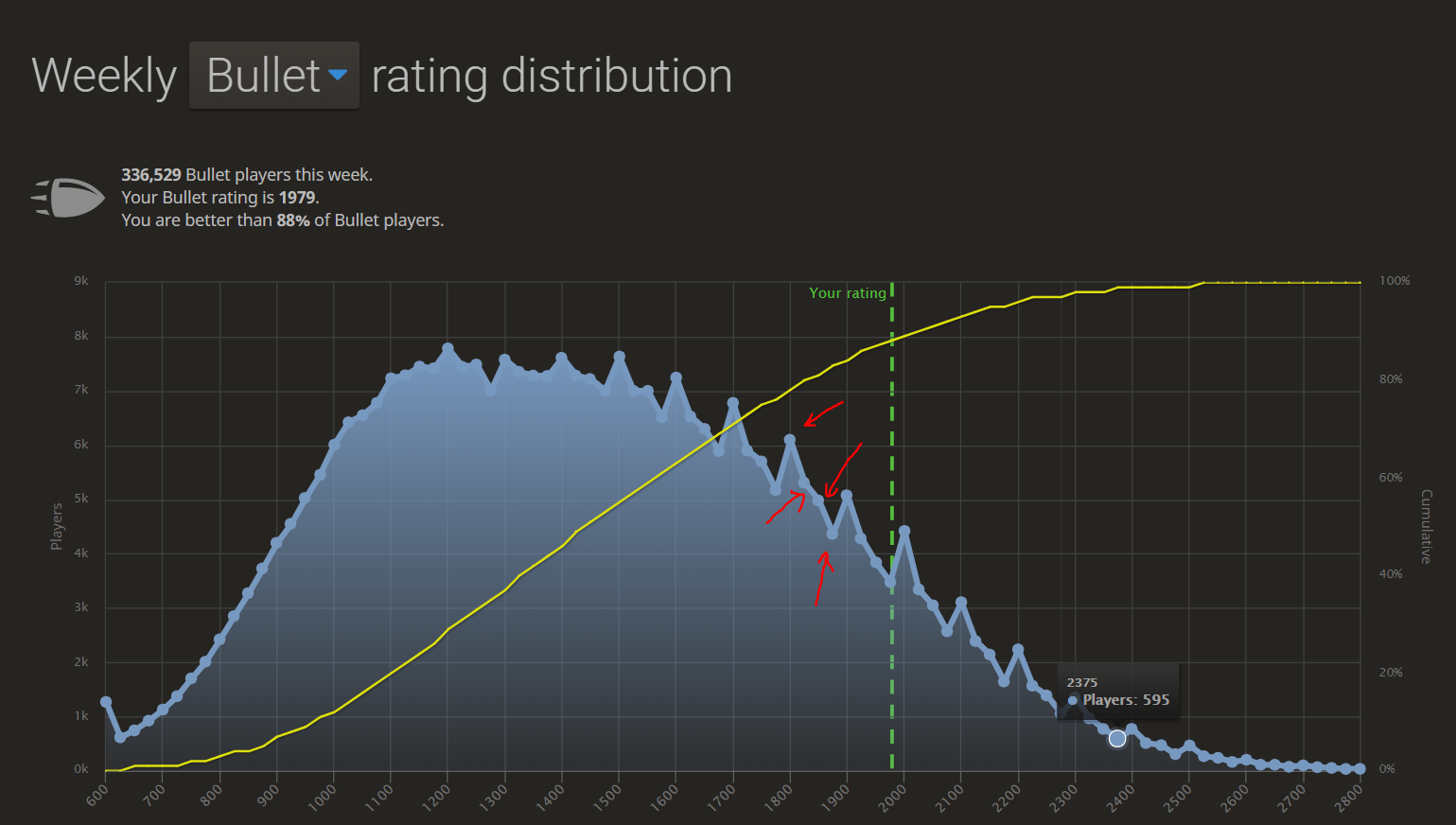 Now the obvious question is Why?

As you can see, this is a frequency plot (Non-cumulative). Now, assume that you take the unit of your plot as 1 (instead of 25). Also assume, the number of the players as follow:

Now, if you plot the above imaginary data, it will be very hard to understand the trend of the rating due to numerous peaks and crests. That's why, a good practice will be to form a normalized group or say a rating range first (Like in this case, 1900-1925) and then plot the graph taking the range as a unit. In this way, you can visualize the data better.

Last but not least, you may ask whether we can make the graph smoother (Something like in chess.com). 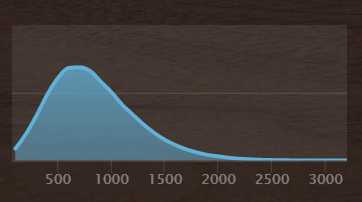 The answer is YES. You have to use moving-average for that. But, that doesn't reflect the trend of the mid-tier milestone-mentality. I think that's why lichess sticks to this plot for better insights into the rating distribution.

Not the answer you're looking for? Browse other questions tagged statistics elo lichess or ask your own question.

4
Distribution of time per move
6
How do you calculate elo?
7
Is there a low-end ELO Deflation?
5
Is there a way on lichess to see the Correspondence chess rankings?
3
Where can I see all my friends on lichess?
4
How much FIDE rated chess was played in April 2020?
8
Elo distribution
7
Why, in online chess, is it that the shorter the time control, the higher the world leading elo is?
5
Distribution of Elo ratings
3
FIDE Rating Distribution