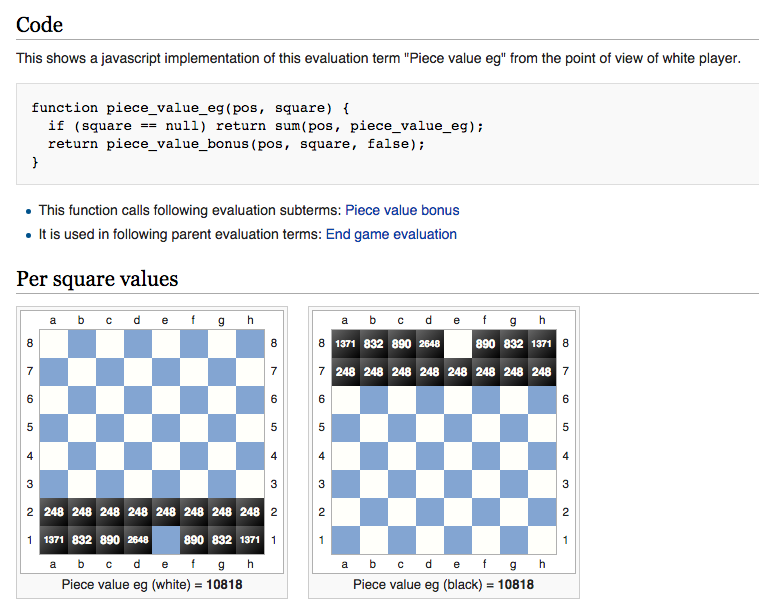 3
How do you implement Alpha-Beta search when you can only compare 2 positions to each other?
0
What does the sign of the score represent in chess engines?
8
How do chess engines evaluate a position if the position is in the middle of an exchange?
1
Why might this supervised engine make mistakes based on an example game?
3
How does Allie's search algorithm work?
2
Chess evaluation function
1
ELO change of engine from pure material to very good evaluation
1
Chess engine with no evaluation
7
What do chess engine evaluation scores (+1.3, -3.2) really mean?