Why not 7.Bb4+ before playing Ne7 in the French Defence: Advance, Paulsen Attack?

After playing 5.Qb6 which I believe is the final move of the Advance variation of the French, my opponent played 6.a4. I followed with cxd4 and them by cxd4 as well. After that I couldn't remember the best theoretical move so I just played 7.Bd7, as I often find it hard to activate it later on when opening with the French.

I analysed the game with Stockfish and looked at the database on 365Chess, and saw that the most played move in this position was 7.Bb4+ which makes sense: developing the bishop with tempo, adding some pressure, without real risk before continuing development. However I let Stockfish run until depth 42 and these were the top 3 moves: 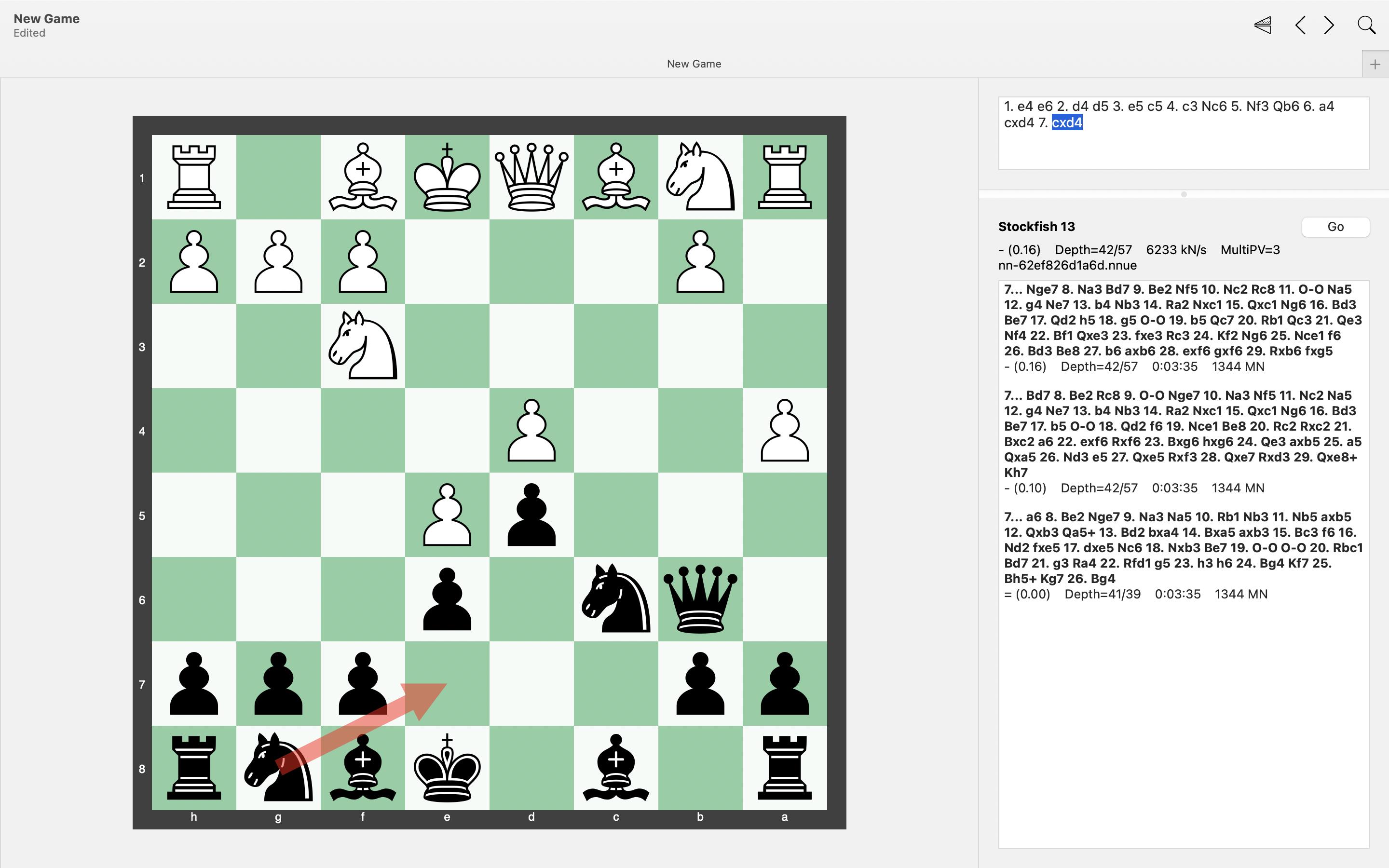 Bb4+ apparently isn't such a good move in this position. Any ideas why ? As I've said, I don't see the problem with playing 7.Bb4+ then 8.Nge7 for example. I acknowledge that it lets the opponent develop their knight on c3 but don't have the chess level to know why it's and advantage for them more than it is for me apparently.

Look at the stockfish lines after Nge7, or, Bd7, or a6. In all of them, black play Na5-b3 sooner or later, and for that the knight on b3 needs the queen's support. In that regard, Bb4+ is really not helping after, say, white plays Nc3 and the bishop on b4 blocks the queen from controlling the b3 square. Apparently Stockfish likes the Na5-b3 maneuver so much that anything else is inferior here.

Actually, a4 is just terrible, so black should easily equalize here with or without Bb4 (from a French player perspective).

Not the answer you're looking for? Browse other questions tagged opening analysis french-defense or ask your own question.