Why is exchanging these knights the best move for white? 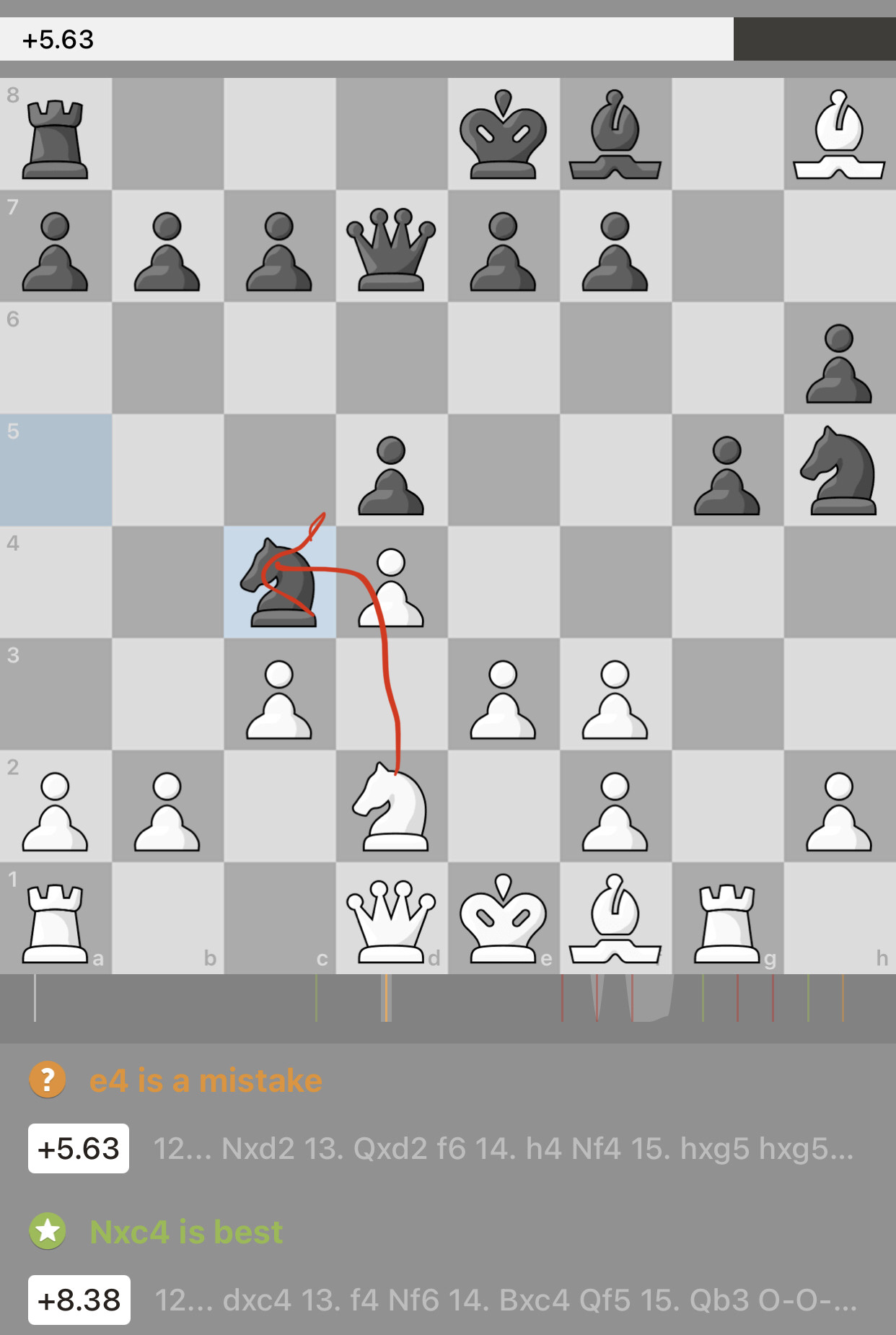 Why is exchanging these knights the best move for white? I'm trying to understand how to get better with strategy and tactics.

Despite the difference in evaluation, e4 is not really a mistake. White is a rook ahead and will win this game anyway, provided that they don't blunder. Perhaps Nxc4 leads to a victory a few moves faster, almost within the engine's search horizon; that's probably why the engine prefers it over e4.

However, even humans should prefer Nxc4. If you're this far ahead, you should exchange material; every exchange means less chance of threats from your opponent. A two-to-one advantage is much more decisive than an eight-to-seven. Black's knight is also more active than White's, that's another reason to exchange it. (That the engine indicates that Black should exchange knights after e4 is surprising, but it only underlines how bad Black's position actually is.)

The advice about exchanging when you're ahead is of course not a rule set in stone. You should always keep in mind the (potential) activity of the exchanged pieces. And if you're only a pawn ahead, that doesn't need to be decisive enough for the win. Rook endgames and endgames with opposite bishops are notoriously drawish, and there are more examples out there, but you don't have to worry about them for now.

Strategy aside, Nxc4 also simply wins another (center!) pawn, while developing the light squared bishop to a nice square (assisting to continue to attack Black's kingside).

On top of limiting Black's options for counterplay, as the other two answers correctly state.

Look at the engine line! After your move, black voluntarily exchanges knights and plays ...f6, trapping your dark squared bishop. Now, white is still completely winning since you're up so much material and I don't see a direct way for black to try and win the bishop, but you're allowing black unnecessary ideas.

Instead, the suggested best line to play f4 after an exchange of knights forces Nf6 as there's no other way to defend the knight for black. Now you can trade bishop for knight, trading down even more material and getting you closer to a completely winning endgame. (You could also go Bxc4 first like the engine suggests, then trade the h8 bishop for knight later.)

This answer is not comprehensive, the other answers also raise excellent valid points, of course.

e4 is still winning but not necessary because you are giving away the f4 square to Black's knight, which gives them some counterplay. There is no good reason to give f4 to your opponent.

Not the answer you're looking for? Browse other questions tagged analysis learning or ask your own question.

15
How to reach an open position in the 4 Knights Game without exchanging too much material?
10
The best reply to 4. Nxe4 in the C46 Four Knights, Italian Variation
4
Best White Move
7
Analysis of a position-Why is my move so bad?
8
Why are these weak squares important in this situation?
4
Leaving the score aside, what are the criteria allowing Stockfish to choose its "best move"?
2
Trying to figure out why the engine suggested this move
2
Why is h4 a good move here?
2
Why didn't Carlsen try to force exchanging Queens on move 23 against Vokhidov?