Why is Bf8 a blunder in this position?

Here is an analysis of a game I played recently in Chess.com app. I won this match in move 19 as the opponent resigned.

Please see the image attached for the position. On move 16, after the White captured the pawn on d4 by his Knight, I moved my bishop back to f8 from e7. This move opened the rook on e file and caused a double attack on the e4 pawn.

But the chess.com analysis marked this as a blunder, can anyone explain why?

Thanks in advance for any explanation ( my chess.com rating is around 1200 so I'm a new player ). 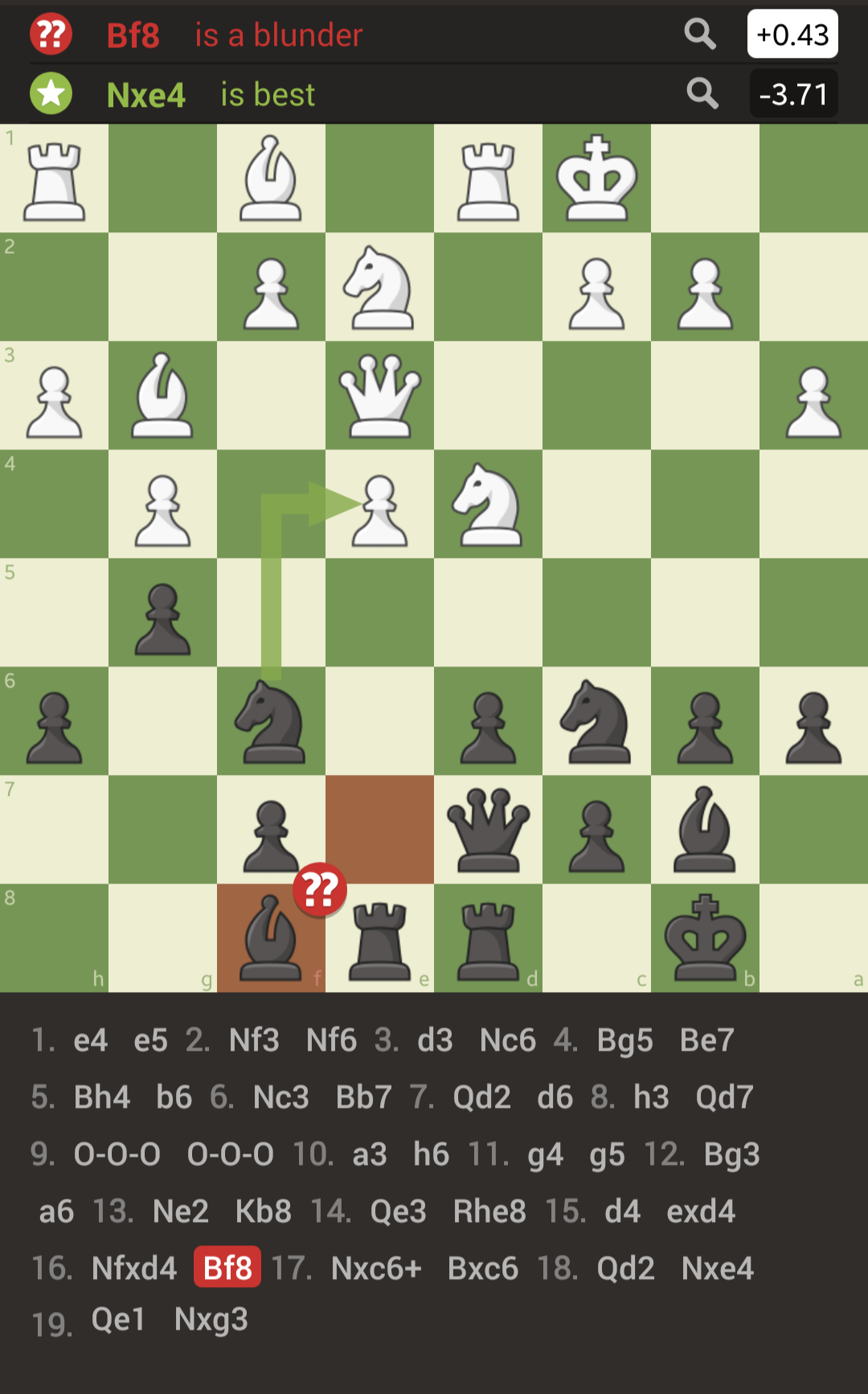 Thanks for the people who explained about the pawn capture move, but my doubt is : usually this kind of ignorances are called "Mistake", "Inaccuracy" or "Missed win" in chess.com right? Why the term "Blunder"?

Bf8, while a nice positional move, an excellent idea for a 1200 rated player, is a mistake as Nxe4 wins an important central pawn for no compensation. The Queen can't recapture due to the coming skewer down the long diagonal. See the lines below.

Not the answer you're looking for? Browse other questions tagged analysis stockfish blunder chess.com or ask your own question.

17
Can this exchange-down endgame be explained succinctly?
5
Why didn't Donald Byrne capture with the queen instead of pawn (against 13-year-old Bobby Fischer in the Game of the Century)?
3
Could I have some analysis by a player >2000 FIDE on this game?
0
ECO D00 Game for Analysis
2
Why is exposing my queen for capture better in this position (According to computer analysis)?
4
What did I blunder at move 23?
4
Why is pawn c6 is not winning here and what is the missed win for black?
5
Why is Qf5-c2+ a blunder?
1
Why is this a better move?
24
Why does chess.com consider this promotion a blunder?