Why is this a checkmate?

I'm new to chess and I'm confused about a puzzle I was practicing. 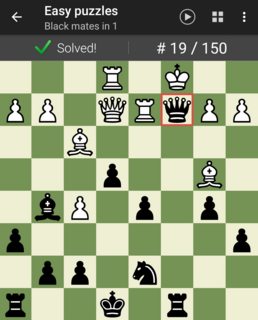 As you can see my black queen has put the white king in check, but I'm confused how this is possible if a rook is right next to my queen and could capture me next turn. Am I missing something?

To get out of check, the king needs to move to a square that isn't attacked by any opposing pieces, or you need to capture/block attacking pieces such that the king is no longer under attack on its current square.

Since the queen is attacking the king and both of the unblocked squares it can move to, white needs to capture the queen to get out of check here. The only two pieces in position to attempt this are the king and the rook. The king cannot do because it would be attacked by the black rook if it did, and the rook cannot do it since it would expose the king to being attacked by black's dark-squared bishop.

This situation is called pinning: the bishop has "pinned" the rook (even if the queen weren't there) because moving the rook would expose the king to capture, and it is illegal to make a move which places your own king in check. This term is also used when the piece you expose by moving is a high-value piece other than the king (typically a queen or rook), but in this case it's not illegal to make the move, it's just a bad idea most of the time. 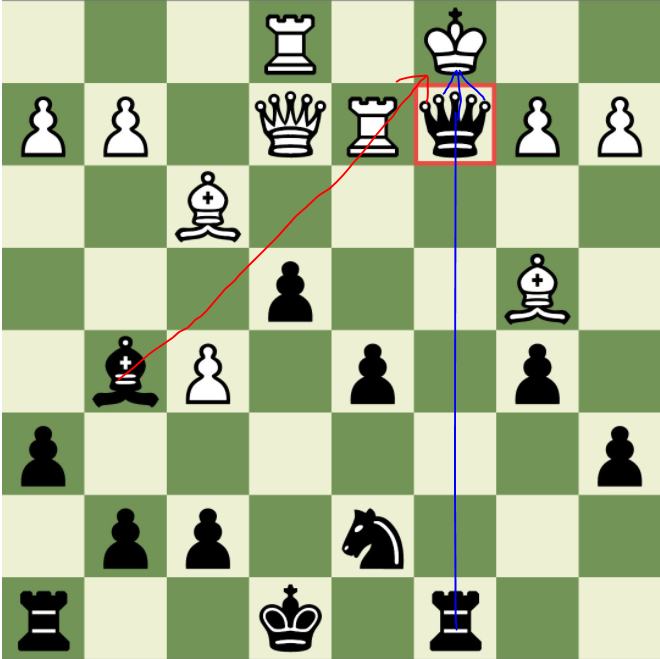 Rook at d2 is pinned by the bishop at g5 and hence the rook can not capture the black queen at c2 checkmating the white king at c1.

Since you are a beginner in chess first you need to understand the term pin in chess.

Now, coming to your answer: Rook cannot capture the queen at f7 as the rook is pinned by the the bishop at b4 and the rook cannot move from the b4 square. Hence, this will be a checkmate.

The original goal of chess was to capture the opponent’s king. The idea of “checkmate” follows this: you may as well call the game won/lost once capture next turn is inevitable. So you’re checkmated if whatever you do, your king would get captured next turn — i.e. if every move you can make would leave your king still in check.

In your example: There are two ways white can stop the original check, by capturing black’s queen with either the white king or rook. But each of those would leave the king in check from some other black piece — either black’s bishop, or black’s right-hand rook. So whatever white does, their king would still be in check afterwards, and so black would be able to capture it (if we still played on till the final capture).

Other answers mention terms like pinning to describe why the black rook can’t capture the white queen here. Those terms are useful for describing and understanding games, but they’re secondary to the main point here. The concept of checkmate is that it’s when whatever a player does, their king will still be in check.

White can't move their rook from d2 as your bishop at g5 will capture the white's king.

When your King is attacked, it can escape in any of three ways.

In your example, the King cannot move out of check since it has no escape square, being cut off by the edge of the board and its own pieces, cannot interpose a piece since there's no intervening square between it and the attacking Queen, and cannot capture the attacking Queen with its King since the Queen is protected by the black Rook on c8, and also cannot use its Rook to capture the Queen, since the Rook is pinned to its King by the Black g5 Bishop. Hence it is in checkmate.

Not the answer you're looking for? Browse other questions tagged rules checkmate puzzles pins or ask your own question.

-2
Why is this position checkmate?
-4
What should be my move as white and what kind endgame should i target?