Why is bishop to h8 the best move in this position? 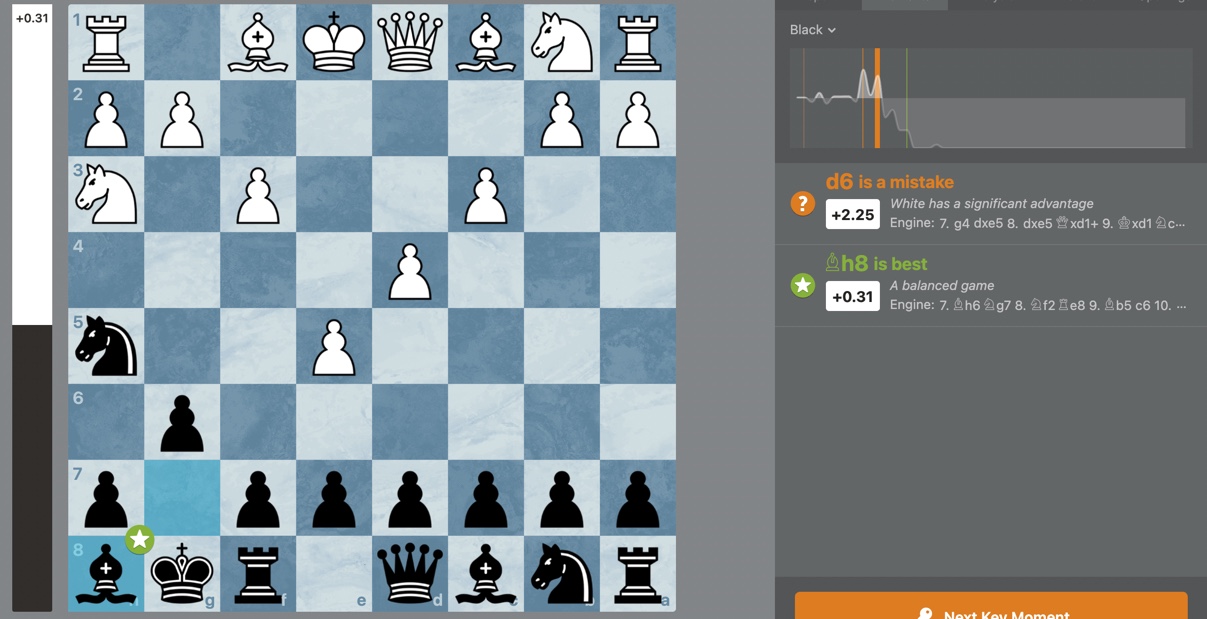 I don't understand how that move is a good move, much less the best move according to this chess.com analysis.

The picture already answers the question:

If you play any other move but ...Bh8, for example ...d6, White will answer g4 and trap your knight. Some exchanges can be thrown in before he can capture (dxe5, Qxd1 etc.), but ultimately, there's no escape.

...Bh8 by itself is indeed not a desirable move (moves a developed piece again, to a square with less influence), but here it's a tactical necessity to save that knight (which is more valuable than losing a move or two) by vacating an escape square.

Since White is behind in development, Black can actually afford to give that tempo without major damage (+0.31, says the computer).

The knight on h5 has no retreat squares, which means the threat of White playing g2-g4 is on the cards. The move ... Bh8 then frees up the g7 square so the knight has a retreat square should it be attacked.

Not the answer you're looking for? Browse other questions tagged opening analysis beginner kings-indian or ask your own question.

15
Is there a single best move in every position?
7
Why is `a5` a better move in this position?
4
Leaving the score aside, what are the criteria allowing Stockfish to choose its “best move”?
2
Trying to figure out why the engine suggested this move
2
Analysis of a position in order to find the best move
1
Why is the evaluation of the move h5 dependent on position of the bishop?
7
Why is this “slow move” with the king a good move?
1
Why is this a better move?
6
What is the best move in this puzzle rush?