Relation between Elo and search depth for basic minimax

If we use the most basic approach to a chess engine (for example, for a codegolf): minimax to a fixed depth with the material count as static evaluation, then how strong is this algorithm?

This of course depends on the search depth, but since such engines have been implemented tens of thousands of times, I hope there are some resources that can say something about the strength as a function of the search depth. I haven't been able to find any so far.

It also depends on the material values, which are not always the same.

If we use the most basic approach to a chess engine (for example, for a codegolf): minimax to a fixed depth with the material count as static evaluation, then how strong is this algorithm?

Even though the material value is a significant factor in evaluation. There are many more factors that you need to consider to build a strong evaluation function.

These are just the key points, there are in-fact many more factors you can add.

Now, coming back to the question which is the relation of depth to the strength of the engine

I would say that it has a significant impact.

The problem is that depth doesn't necessarily denote the number of moves you have searched. This is because modern chess engines apply something called pruning which is reducing the number of moves it evaluates. It cuts down on a huge number of moves that seem bad during the beginning of the search, which can cut down a huge branch of moves. Due to this engines like Stockfish can reach depths of more than 15!

If you use a basic algorithm like minimax that applies no pruning, depth 6 with a reasonably fast generator function will already be slow. Anything after depth 7 would just take forever.

If there are an average of 20 moves in a position, this is how many moves you would be evaluating approximately when the depth increase

1.2 trillion moves. That is a LOT of moves. And chess engines today search moves NOWHERE NEAR that number. 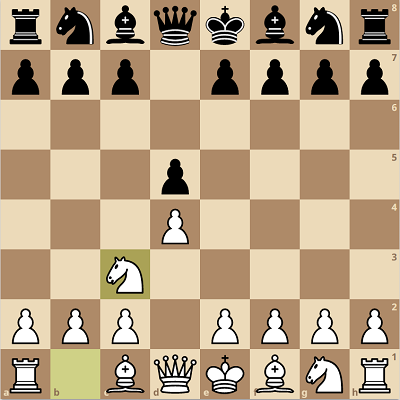 It did go to a depth of 22 but it did not evaluate all the variations.

Using a simpler search algorithm like minimax which applies no pruning, you will be seeing the same number of moves at depth 4-6 but those moves have very little meaning. Because a huge part of them could start with you hanging one of your pieces.

So your evaluation function is weak as it only considers material balance, and your search algorithm isn't great either, you can understand why this engine will be weak.

EDIT: As I said earlier the greater the depth of the search, the stronger the move it picks.

At greater depths, the difference will only become greater because a single increment in the depth could result in searching millions of more nodes. There is no simple relation between the elo and the depth of an engine because as I also mentioned earlier depth is one factor amongst a hundred others.

If you see the top engines today, all of them search to a similar depth, but some are very clearly stronger than the other. Which just proves my point.

Not the answer you're looking for? Browse other questions tagged engines minimax or ask your own question.

12
Does depth (number of ply) still matter once it is high enough?

2
“How are the scores decided in Chess?” - Correct?
8
How do chess engines evaluate a position if the position is in the middle of an exchange?
1
Why might this supervised engine make mistakes based on an example game?
4
Minimax algorithm - Play with Black pieces?
4
How can I increase the search ply depth of my minimax function for my chess engine?
1
ELO change of engine from pure material to very good evaluation
1
Chess engine with no evaluation
2
Chess engine does not go for checkmate
4
Transposition Tables Bug, implementation produces different results