In some online chess platforms you can see the Elo distribution of the players. It usually has Gaussian form.

Is there somewhere where you can find the distribution of the classical Fide Elo?

Here are some fide visualizations from 2014. Distribution is one, but not the most interesting to me. Enjoy!

I've run some queries against my database constructed from the rating data downloaded from the the FIDE download site. I've then copied the output of the queries to Excel and asked it to draw some graphs.

Here are the results for standard, rapid and blitz for December 2020. 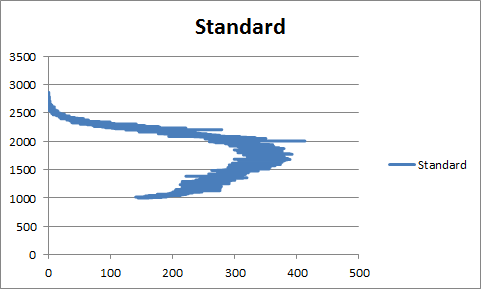 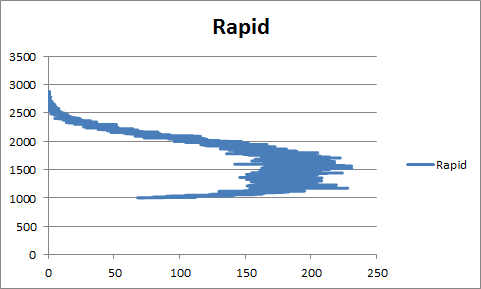 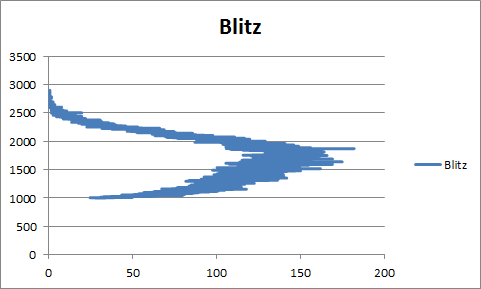 As far as I know, Fide does not publish a figure of the Elo distribution. So you can plot it yourself from the latest rating list; or you can rely on secondary sources who occasionally post it, such the link provided by @Michael West or this answer on this site. Both show the distribution of Fide Elo on July 2014.

The figure below shows the Elo distribution on December 2020. As you can see, it doesn't follow a normal distribution, since there is a large number of low rated players (much greater number than in 2014). 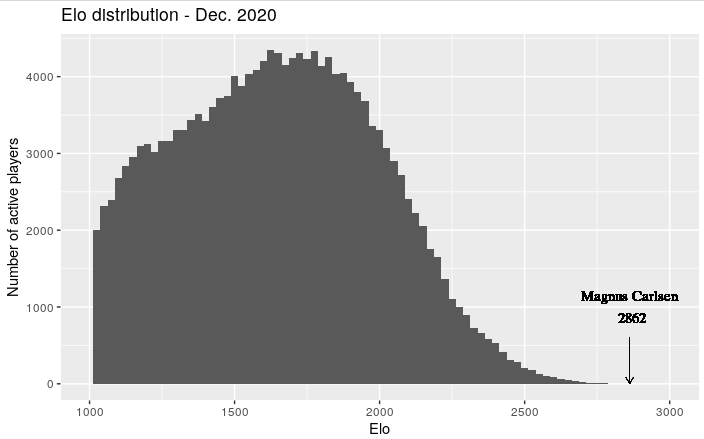 Not the answer you're looking for? Browse other questions tagged rating fide elo statistics or ask your own question.

1
For long OTB games, what is the percentage of players who have a rating which is below X FIDE Elo?

2
Conversion of Shredder elo rating to FIDE elo rating?
7
What is the Elo of a player who is half as good as another player?
2
Determine ELO strength without playing in FIDE tournaments
4
Play chess online and get an offical Elo rank
4
Mistake in FIDE elo calculation?
2
ELO rating and experience
3
Creating program for finding top players with respect to elo and age
3
Online resource for estimating my elo rating using my games?
4
Absolute strength and stability of Elo
2
Is there a data file available (e.g. a .csv) containing every single rated game?