What's the deep idea behind this puzzle?

I'm trying to get better by doing many tactics puzzles a day. This one I found very interesting. 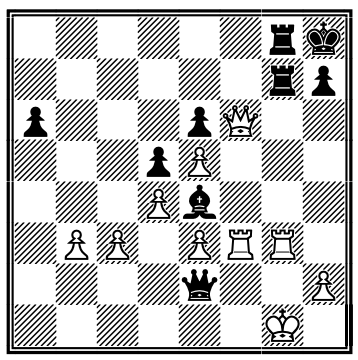 I'm trying to figure out what should have jumped out at me in order for me to have seen it. Of course, my typical heuristic sequence involves finding forcing moves (which is how I solved it in the first place), but that doesn't help me learn from the structure of the position. I'm trying to figure out what the intuition behind the position is. Here's an example of what I mean by intuition; take this puzzle for instance (White to move): 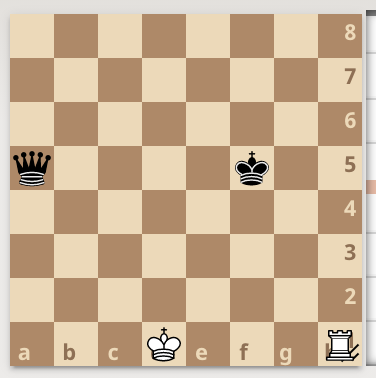 In this puzzle, the intuition is that the queen is in the same line of sight (from a rook's perspective) of the king, and so if the king is checked along that line of sight, he must move off of it, exposing the piece. Another way of seeing it is that 1. Rh5+ levies a direct attack against the king and a half-attack against the queen (we say a player has a half-attack against a piece if an extra move would allow him to directly attack said piece). Kings must deal with direct attacks immediately, and the tempo Black loses by doing so is equivalent to an extra move for White, which, in accordance with our half-attack theory, means that on White's turn, he is now directly attacking the queen, which he captures on move 2. There are limitations to heuristics, e.g. if the king could in some cases block a check instead of moving, but the intuition is still there.

So back to this problem: First I was thinking "well, there are 3 attackers and 2 defenders" but that doesn't really give much intuition because it's not the same square being attacked each move. Another idea was that there are three half-attacks on g8 by the queen and the rooks (and only two defenders), but I could create other examples where this is the case and White doesn't have any real tactic available to him.

What's the intuition for why this tactic exists? What heuristic would allow me to recognize this kind of position later?

I'm trying to figure out what should have jumped out at me in order for me to have seen it.

The fact that there exists a possible queen check.

In chess, one of the most effective and decisive forms of attacks is by delivering checks. A large subset of tactics stem from a check, a combination centralized around a check, or series of checks (such as the one you're presenting).

In this particular example, after the queen check (sacrifice, always think like Mikhail Tal) the only move for black is to accept the sacrifice. At this point, after 1...Rxg7 (only legal move), my immediate intuition pointed in one and only one direction : another check. And indeed there exists another check available 2. Rf8+ after which again the only move for black is to block with the rook. From there the forced mate is evident.

Notice how at all steps, black has had only one available move, this is called the forcing move ; they are almost always the core of tactic sequences. Whenever you see forcing moves, you should immediately think of the possibility of a tactic.

All in all, your intuition in any position should be to always look for checks, they are the most powerful form of attack. If you are able to find a check, followed by a series of forcing moves, you should take your time to calculate precisely for there might be the opportunity of a game decisive tactic.

First I was thinking "well, there are 3 attackers and 2 defenders" but that doesn't really give much intuition because it's not the same square being attacked each move.

And that's the point of the puzzle. There are two rooks on the g-file defending the king, and only two pieces are available to attack the g-file. The only other piece you have is the rook on the f-file. So the puzzle is how you get that rook into the attack. And the answer is that you take the rank-8 rook off rank-8 by attacking the g-file, which then allows the g-file rook to attack the rank, rather than file, of the king.

The chess principle here (other than "checks must be responded to" and "keep throwing pieces at the king until it dies") is that the rank-8 rook is overloaded and attacking with tempo. When a piece is overloaded, responding to an attack one place allows an attack someone else. Thus, you don't need to be attacking the same square; you can attack one square, and then when the defense of that square leaves another undefended, attack that. Here, the rook's defending both the g-file and rank-8. When you check on the g-file, the rook is forced to abandon the defense of rank-8. Then when you attack on rank-8, it can move back to defend rank-8, but then there's still the g-file attack that Black can't do anything about.

As I mentioned before, there's also the concept of attacking with tempo: each move, you're introducing a new threat, and each move, Black has to deal with the new threat, and is unable to address the inevitable checkmate. Bg6 would derail the checkmate, but Black never has the tempo to play it, because they are constantly defending against check after check. By making all your moves checks, they are in a sense "free" moves; every time you make a move, Black's move is forced, and then it's your move again without Black having a chance to accomplish anything useful with their move. Your moves are developing your pieces and taking out defenders, and Black's moves are purely reactionary.

I think (roughly) what you're asking about is what sort of tactical theme/motif this is. This tactic doesn't have a super clear motif, but I'd say the motif of removing the defender (in this case, of the king, by forcing the g8 rook to g7) applies here, as well as the one of attraction (bringing a piece to a particular square to facilitate a tactic)

Not the answer you're looking for? Browse other questions tagged tactics problems puzzles or ask your own question.

7
Chesscademy Tactic: Is my alternative as good as the right answer?
8
Strategic implications in this puzzle by S. Polgar/P. Truong
11
Failing to understand a pin from a tactics book
8
Why is this the solution to this puzzle?
2
What am I supposed to learn from this puzzle?
8
Why does this puzzle offer f8=R as better than f8=Q?
2
Why does White play Qxd4?
3
How is a perpetual check reached in this puzzle?
3
Cyclic attack puzzle