Yes, they do, although very few GMs do and by a margin of less than 10%. This does not seem to be due only to random factors (see long answer). 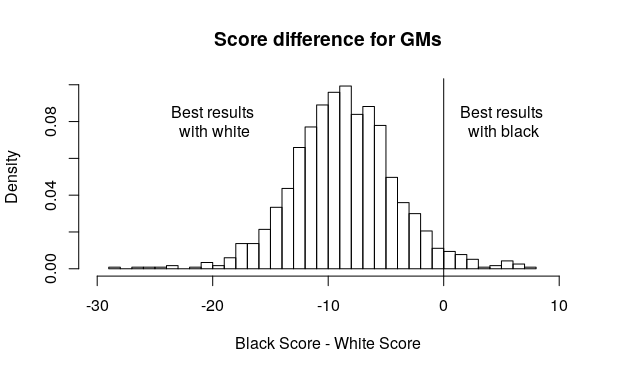 To obtain the figure above I used the games published by TWIC, issues 920-1358 (25 Jun. 2012 to 16 Nov. 2020). I selected games where at least one of the players was a GM. And I kept only players with more than 50 games per color in the dataset. This ensures that scores are calculated with a 90% confidence interval of at least ±2%, and, since players in the dataset have in average a couple of hundred games, scores are usually still more accurate. The resulting dataset had 561K games for 1168 GM players. 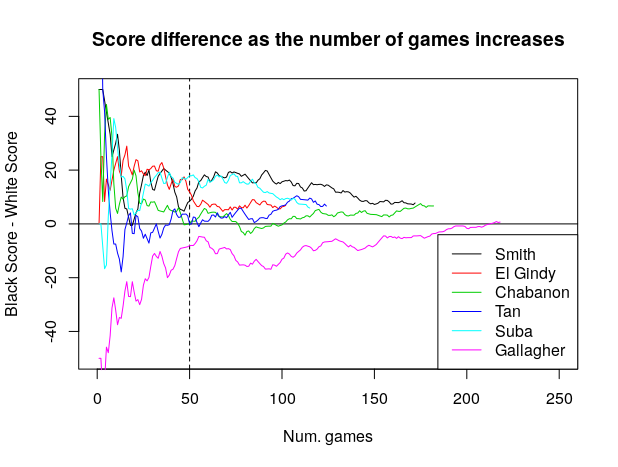 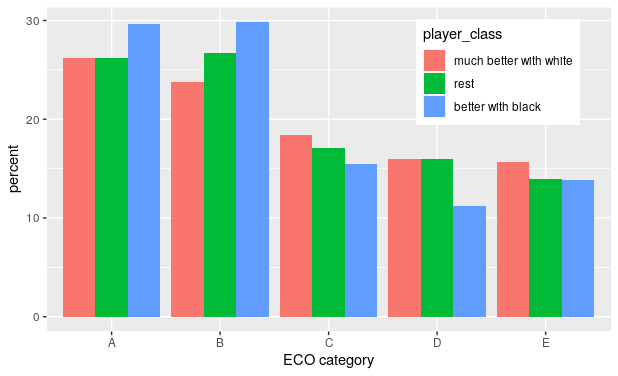 Following the request by @stevec, I have shared the dataset and script used to write this answer on github. It can be used to investigate some of the proposals made by other users (@HaukeReddmann, @SecretAgentMan) in the comments.

@Grade'Eh'Bacon, suggested in a comment comparing the observed distribution of the difference in scores to the expected distribution under only random influences. I had already done this analysis, but I decided not to include it because the answer was rather long. But since it has been requested, I share it here.

If the distribution shown in the score differences plot at the top of the answer was due only to random factors, we would expect a normal distribution (aka Gaussian distribution, bell curve). This is the hypothesis assumed in Elo calculations and can be checked with a Monte Carlo simulation.

One way to test if a variable follows a normal distribution is with a Q-Q plot (see below). If the observed score difference followed a normal distribution, the points would be close to the diagonal line. This happens in the middle zone, but not in the extremes. We have a distribution with heavy tails, that is, there are too many players with better results with black and too many players with much better results with white to be due to random causes alone. 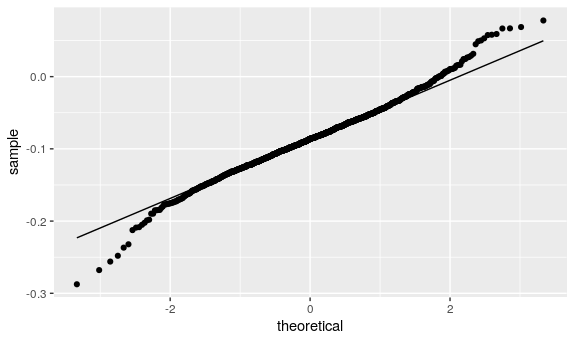 And I also repeated the analysis with another independent dataset of games from the ICCF. And I obtained comparable results.

36
Do strong players move their pieces with different relative frequencies than weak players?
7
How many possible combinations for the number of pieces on the board?
10
Are world-class correspondence games more likely to be drawn than world class OTB games?
2
What's the average piece density?
10
Have there really been more books published on chess than any other sport?
4
Is my low blitz game drawing rate at www.chess.com an indicator that I am weak in chess?
6
What is the typical move prediction accuracy of human chess grandmasters?
12
Do grandmasters practice blindfold chess or does it come naturally with practice?
4
Why am I losing so much more often with black (newer player)?
6
Winning percentage (white win/draw/black win) in chess960/9LX in 2021?