Should I go for the Traxler Counterattack?

Many of my games as Black feature the Two Knights' Defence.

Sometimes my opponent will play 4. Ng5, and I usually reply with 4 ... d5. It is not uncommon for the play to continue 5. exd5 Nxd5 (because neither of us knows any better - I'm still learning to smell fried liver), and if my opponent is particularly bloodthirsty, 6. Bxd5 Qxg5.

But I've just heard of the Traxler Counterattack, in which I would play 4 ... Bc5!?. How is that a seriously played course? With 4... Bc5!? 5. Bxf7+ White wins a Pawn without any compensation for Black that I can see.

The merit that I see in it for Black is when White plays 5. Nxf7. Even that seems unsteady for Black.

Before I go any further, let me recommend the following: instead of the Traxler, play 4...d5 5.exd5 and now either 5...Na5 (Morphy variation) or 5...b5 (Ulvestad variation). Both of these lines feature black sacrificing a pawn in exchange for quick development.

Now, back to the Traxler:

First, the "fun" line, 5.Nxf7?!. Black should play 5...Bxf2. Now white can choose between Kxf2 and Kf1. Both of these lines give black good attacking chances, although black will frequently be down two pieces. You can take a look at an article from chesscafe for some more information. Those lines are not really up to date, but it's a good introduction. If you're interested in these specific lines, that's probably worth a separate question for each since the variations get out of hand very quickly. 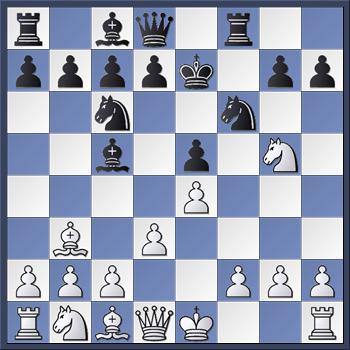 Granted most of those games were not top level games, but black's difficulties are apparent. White has not committed to castling kingside yet, and can start trades with a plan like Nc3-d5.

So to wrap up, if you want to play the Two Knights defense (3...Nf6), you have to be ready for 4.Ng5, and you should take a look at the Morphy variation and the Ulvestad. Both of these lines give black good chances for a win, even though black sacrifices a pawn. Playing a quiet move like 3...h6 or 3...Be7 is not really good, although both moves stop 4.Ng5. The problem is that neither h6 nor Be7 really help black develop around the center, and white can react immediately with 4.d4!.

At the top level, black will usually play into an Italian game with 3...Bc5 instead of the Two Knights. The only real gambit in this case is the Evan's Gambit with 4.b4. Again, all of these variations probably deserve their own question, but hopefully this is enough to get you started.

Not the answer you're looking for? Browse other questions tagged opening two-knights or ask your own question.