I was playing a tournament on Chess.com and received a "Brilliant Move" in the post game analysis. I haven't received this before and was curious of the following.

Literally nothing about that felt "Brilliant" anyone able to assist with why it was perceived to be good?

To be honest, brilliant seems like an overstatement for a fairly obvious move. But to answer your question, I think the "brilliancy" is that you actually found the only way to not only save your rook, but even end up winning material.

The only moves stopping black from executing this threat consist of defending the e4 square by playing 13.f3 for example. But then you play 13..Qxd4 after which the c3 knight is under attack. Note that this is the difference between this situation and the situation in which you played Qxd4 right away.

After 13..Qxd4 the knight has to be defended by 14.Rc1. Now black simply castles to bring the other rook into play and there is nothing white can do because of the awkward positioning of its pieces.

To summarize: I wouldn't say it's a brilliant move (11..Rxb2 would be a more serious candidate as this move requires black to have found the idea of 12..Bb4 and everything after already), but it's definitely strong.

Engines are far better at spotting mistakes than at recognizing "brilliancies". You made a move that is much better than all the alternatives which isn't something obvious like a recapture or a fork in one move, so that's probably what the engine identified as "brilliant". Just don't pay too much attention to it and congratulations for this beautiful win!

What is considered a "Brilliant Move" ?

I believe this is all in relation to the level you set the computer to. A low level computer obviously considers more moves brilliant than the highest setting. 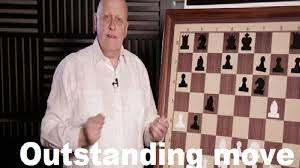 17
Analysis of positional play by a very aggressive player
0
Why the analyzer propose this move?
10
Why h4 is the best move here?
2
Why is h4 a good move here?
2
Why this move is good here but not few moves ago?
7
Why is this "slow move" with the king a good move?
6
What is the difference between a brilliant move and the best move?
3
In chess.com analysis, why is a rook promotion better than a queen promotion?
24
Why does chess.com consider this promotion a blunder?