I was trying to play chess on the included chess app on mac, and after the computer's turn, it will not allow me to make any move at all, and I am 100% sure I am not in check as the game just started, still I cannot move a single piece. It does this everytime, has anyone ever experienced it? or knows how to fix it? Here is a screen shot of the app, I am whites and it will not let me move anything. 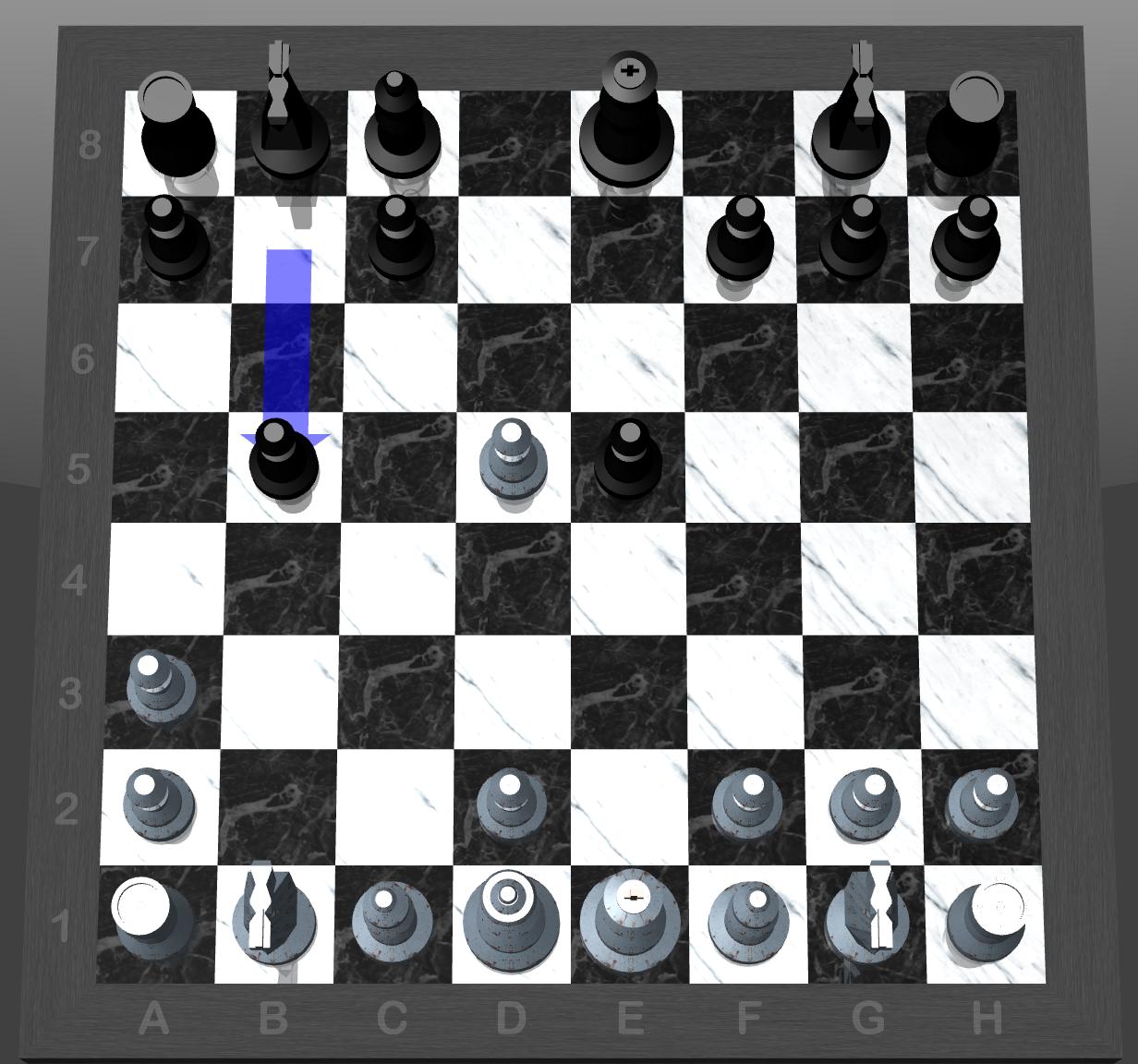 I think that when you started a new game you accidentally choose the Variant "Suicide" or "Losers". (It might be preselected now that you have selected it once.)

Why would this explain the situation?

In these Variations of chess (you might know them as antichess, the losing game, giveaway chess, suicide chess, killer chess, must-kill, take-all chess, capture chess or losums (according to wikipedia)) you win by having all your pieces captured. The trick is that you have to take every piece that you can take and may not make other moves as long as you can capture anything.

In this position black has offered you a pawn on b5 and you will have to take it with your bishop. All other moves are illegal.

Why I think this is what happened

My guess is based on the position: The computer wouldn't normally just throw away so many pieces (including it's queen). It's pretty hard to come up with a way the game might have gone to end up in this position if the black wasn't pruning it's pieces on purpose.

Also when you selected a variation once, then it will be preselected for the next games until you change it.

What to do about it?

(If you still have the game open, try capturing the pawn with your bishop. If this is possible then you will have confirmed that this was the problem.)

When starting a new game, select the variant "Regular". You will be able to make normal moves now. (You might notice that the computer is much stronger now and not throwing away it's pieces so easily. Consider adjusting how much the computer thinks ahead in the "new game" menue)

Not the answer you're looking for? Browse other questions tagged engines software computer-chess mac or ask your own question.

5
How to use Houdini with SCID on Mac OS?
16
Software for opening repertoire practice
6
Mac Desktop Client for FICS
16
Is there a single best move in every position?
3
Mac/iOS chess app with rates option
0
What is the native Mac Chess app's rating? Is there a good alternative?
5
Can anyone recommend a Chess platform that, well, you better read further
2
How to use opening books on mac/linux
1
Can pieces follow different paths from one square to another in a single move?