Why is Qf3 better than Nf3

I am training with an app and have played about 10 games in my life, most years apart. However, now I became interested in the game. So, please be a little gentle.

I have this situation: 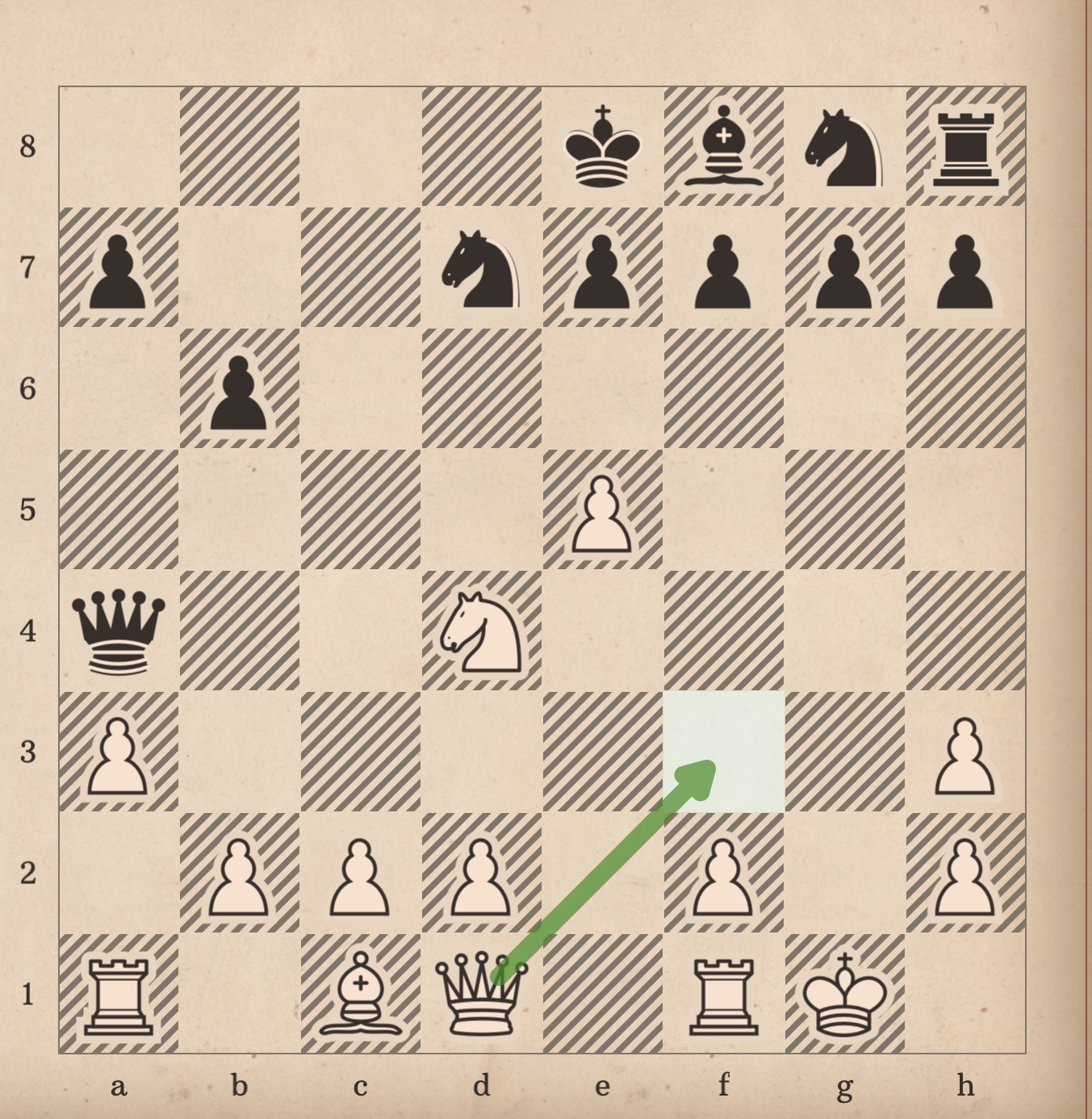 I was going to move Nf3, thereby moving the N to (temporary) safety, protecting the P on e5 and having Q additionally protect N. However, the app wants me to move Qf3.

The only advantages I see to that are

But it seems like this should easily cost me the N. So, can you help me realise, why the App is right?

It comes with the threat of Qa8+, which forces black to return the knight.

And white is up material, so exchanges are good.

As RemcoG points out, Qf3!

This is an example of a zwischenzug or "intermediate or interpolated move". Often a surprise move or an unexpected move. Black thinks you are forced to attend to your attacked knight, but you have a surprise in store!

But, how would you come to consider such moves?

Your knight is attacked as you point out, so the first thought is to either defend it or to move it to safety.

However a useful thought pattern in chess is: I have found a good move, but is there an even better one?

This skill comes about from developing sight-of-the-board.

You can develop this skill by practise. A quick scan should allow you to notice several general things:

This general scan of the board routinely can be done when it is your opponent's move. Then when it is your turn to move you already have a useful framework to decide on a specific move.

Qf3 threatens the king with Qa8 on the next move. Your oppenent could capture your knight and defend with Nb8 afterwards, but this will cost him a knight as well (and also a bishop or an exchange of queens), so he won't capture your knight.

Always keep in mind that there are four possible defences if one of your pieces is under attack:

In your example, all four defences are available. You can move the knight to safety with Nf3, back it up with c2, block the attack with b3 or press an unrelated attack with Qf3. Qf3 is the best option, because it puts you in a great position, forces the opponent to waste a tempo defending his king, and you can still protect your knight with c2 of b3 afterwards. Retreating the knight to Nf3 is the worst option.

Not the answer you're looking for? Browse other questions tagged analysis beginner or ask your own question.