How to decide whether to exchange (good/active) bishops?

I have read about exchanging bishops for knights and inactive for active bishops. I still don't know how to decide when both sides' bishops are seemingly equally active. For instance, I have read that in the London system, Black should try to exchanging black-squared bishops because White's supports White's key target e5. What about the following position (white to move)? 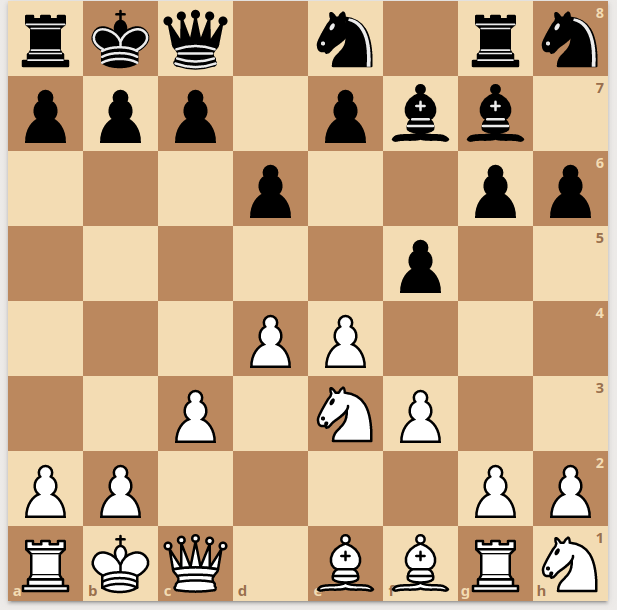 White could try exchanging light-squared bishops with Bc4. Black would have to exchange, keep the tension, or do e6 and have his bishop trapped behind this pawn. If Black keeps the tension, it would be up to White to decide whether to also wait or exchange? Whom would benefit the exchange? Both bishops have the same open diagonal, the main difference to me is that Black's point toward White's king and not the other way around, but in the London system Black is advice to exchange his bishop, that targets White's king.

antonroantonro
14122 bronze badges
New contributor
antonro is a new contributor to this site. Take care in asking for clarification, commenting, and answering. Check out our Code of Conduct.
add a comment  |

This position is from an early stage of a 960 game where the pawn position has not yet stabilized and it has little in common with the London system. Both sides will probably need to move some more pawns to get their pieces out, since particularly the Rooks and Knights are clumsily placed. A plan for either player must be comprehensive, taking account of all the pieces, and could go in many directions, depending in part on what the opponent decides to do. At this stage of the game it would be a mistake to focus too narrowly on the Bishops

In the London system, White aims at establishing a slight advantage in space, giving him more freedom than Black to manoeuvre. Any exchange of pieces will ease that aspect of .Blacks problem, and often this is accomplished by playing ...d5,..e6, and ..Bd6. The downside (There is usually a downside) is that Black will be left with a light-square Bishop that is somewhat restricted by its own Pawns.

A situation often arises in the London system where the Bishops are on d6 and g3. In that situation Black usually should not exchange if he has already castled short and Whites Rook is still on h1. So the decision can depend on much more than the relative merits of the Bishops.

In your diagrammed position Bc4 seeking a trade makes sense since the f1-a6 diagonal is not an active deployment of the Bishop, and Blacks Bishop pointing at a2 near the White king should not be tolerated.

Once the Bishops are on equal standing, the decision to trade or not then would be based on other factors. Basically answering your question of who would benefit. For example, after 1.Bc4 Blacks Knight on h8 would love for White to trade so he can get out of the corner. But let's say Black plays 1...e5? Now White should love 2.Bxf7 Nxf7 3.d5

Not the answer you're looking for? Browse other questions tagged bishops or ask your own question.

13
Typical Good Bishop vs. Bad Bishop endgame - how to decide if stronger side has a definite win
21
How do you checkmate with the pair of bishops?
6
Checkmating with two bishops
3
When should I trade into opposite colored bishops?
13
How to decide when is a3/h3 needed?
3
Which opening will develop both bishops like the following diagrams?
5
Placing the bishops on the right square
8
Bishops of Opposite Colors endgame: Is this a draw?
0
Identifying “big pawn” bishops
12
Theoretically, why is 4. Bd3 NOT one of the best candidates in Caro-Kann?