Is there a word to count one moving by one player?

Is there a word to count one moving by one player? For example, the following series of moves:

is counted as three moves. But if I want to denote "e4" as a unit of a count, what word should I use?

There is indeed such a word for so called "half-moves." The terminology used is the word ply. To speak of multiple ply, plies is used. One would refer to the move "e4" as the first ply of the game. An example demonstration of it can be seen at work in CSE's very own diagram viewer.

Sometimes, a user wants to add a game to their post, but wants the diagram to start with a specified board position. For example, this question would look like the below picture without the word "ply" to refer to the wanted position. 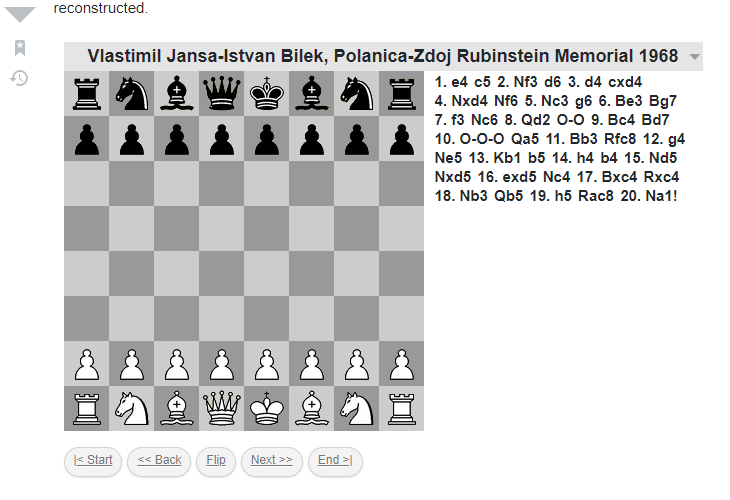 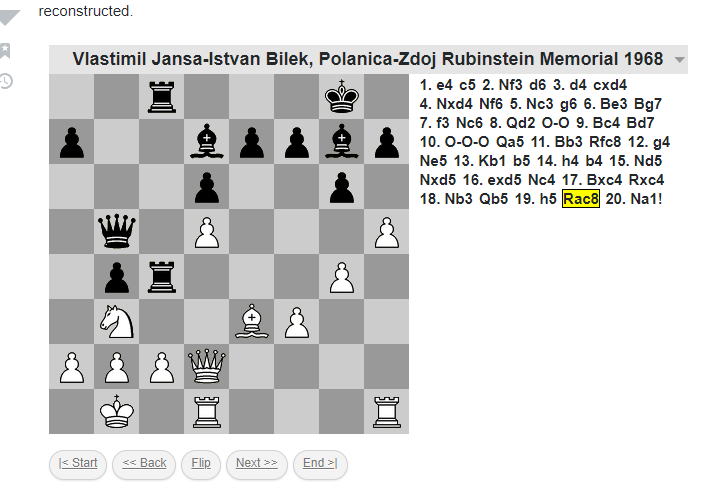 White's ply count will always be odd while Black's will always be even. Do note that while "half-move" is a broadly used term as well, it is basically a laymen's term, and "ply" is the offical one.

The word for one move by one player is "move". This is the term used in FIDE's laws of chess.

The exception is when referring to the move counts in chess notation, where "move" commonly means one move by each player, and to disambiguate from that, the term "half-move" or "ply" is then used to clarify that only one move by one player was intended.

Half-move is the traditional chess term. Ply comes from game theory, where it's used in the description of game-playing algorithms such as alpha-beta pruning, which is used by chess engines. For that reason, chess computing uses the word ply exclusively, and with the increasing presence of engines in chess, ply is gaining prevalence outside chess computing circles.

Professional chess players use "move". In an expression such as "black has mate in 3", the count refers to the number of moves by black. Since black can't make 3 moves without white making 2 intervening moves, that may give the impression that "move" refers to one move by each player, but that is not the strict sense of the word.

The answer is the word "ply"

I'm not sure why that requires a 5000 word essay with game examples though.

The standard word is "ply", although it's mainly used in the context of computers and game theory when applied to chess, rather than being a proper chess concept. For instance, you will not see the word "ply" a single time in the entire FIDE rulebook, with the word "move" being used instead.

Not the answer you're looking for? Browse other questions tagged terminology ply or ask your own question.

18
What is a tabiya and what is their importance?
5
Where does the word 'gambit' come from?
6
What is a “club player”?
6
How to determine if a position is open or closed in a “rigorous” fashion?
6
What kind of gun is Alekhine's gun?
4
Is there a name for fork-protected pieces?
9
Question on chess commentary in written form
0
Identifying “big pawn” bishops
10
Help needed to find a Swedish opening
8
Is there a terminology for “the worst winning move”?