Comments from (commented !) games lost in “ChessBase to Scid on the go” conversion process [closed]

Ask Question
Asked 9 months ago
Active 9 months ago
Viewed 65 times
1
Closed. This question is off-topic. It is not currently accepting answers.

Want to improve this question? Update the question so it's on-topic for Chess Stack Exchange.

In my question, I focused on the game Vachier-Lagrave vs Carlsen, Sinquefield Cup 7th, Saint Louis, 28/08/2019. It has annotations in english in my ChessBase database, and it has not annotations anymore at any further step of the conversion. Fine.

and the same happens if I open them in Scid vs. Pc : 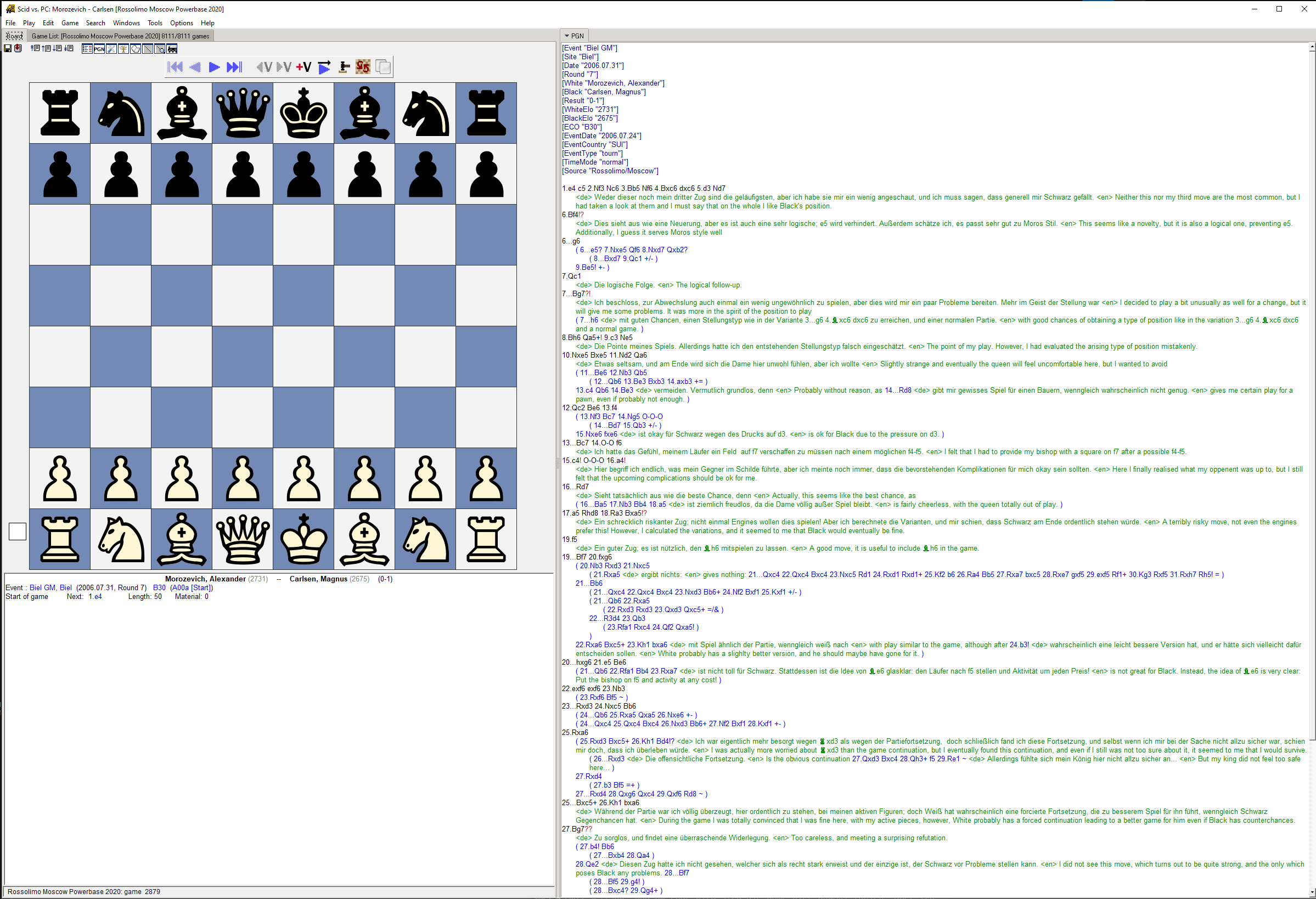 We can see that in both Scid on the go and Sci vs. Pc, comments in english and german both appear, distinguished by <en> and <de>, whereas in the screnshot from ChessBase, only english comments appear.

At the Scidb step, on can see the Vachier-Carlsen game : 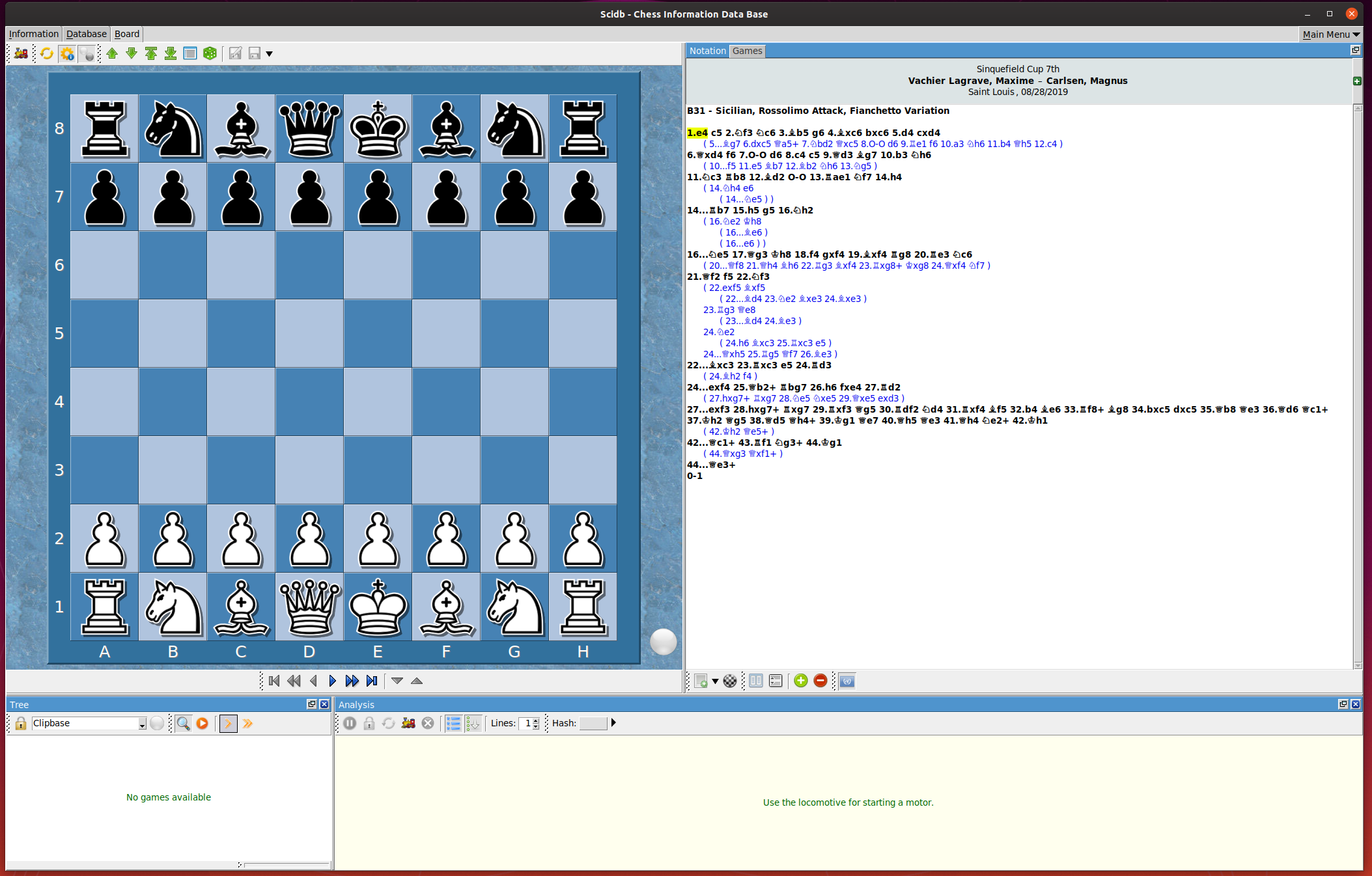 that has no annotations, and the Morozevich-Carlsen game : 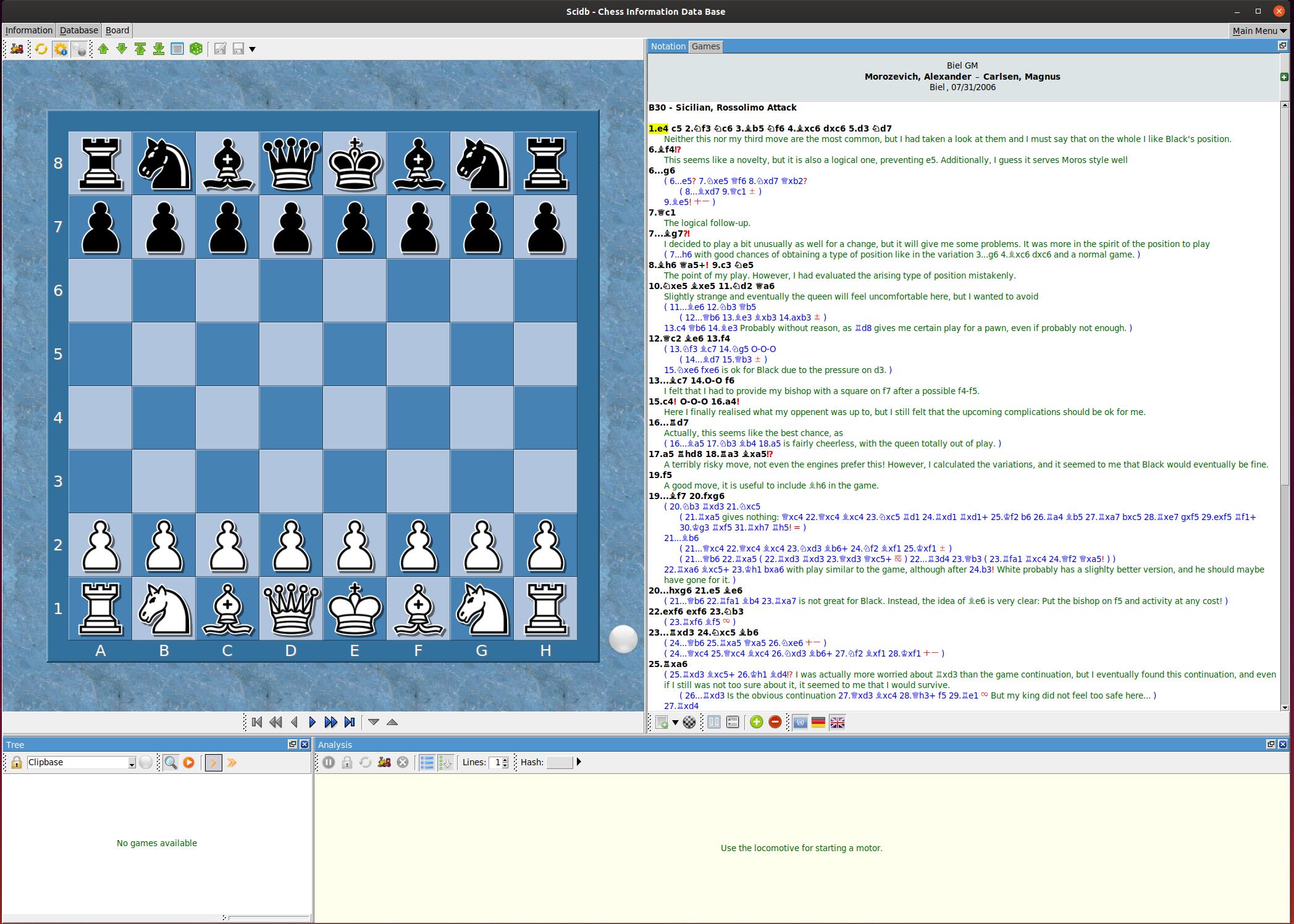 that has here only english annotations.

This is really weird.

My setup is the following :

ChessBase databases have many format, but let's stick to one, cbv for instance. Database for scid on the go use the sg4+si4+sn4 format. For the conversion

The database I started from contains comments (variation+annotations) where as the one used in Scidb contains only variations but no comments : 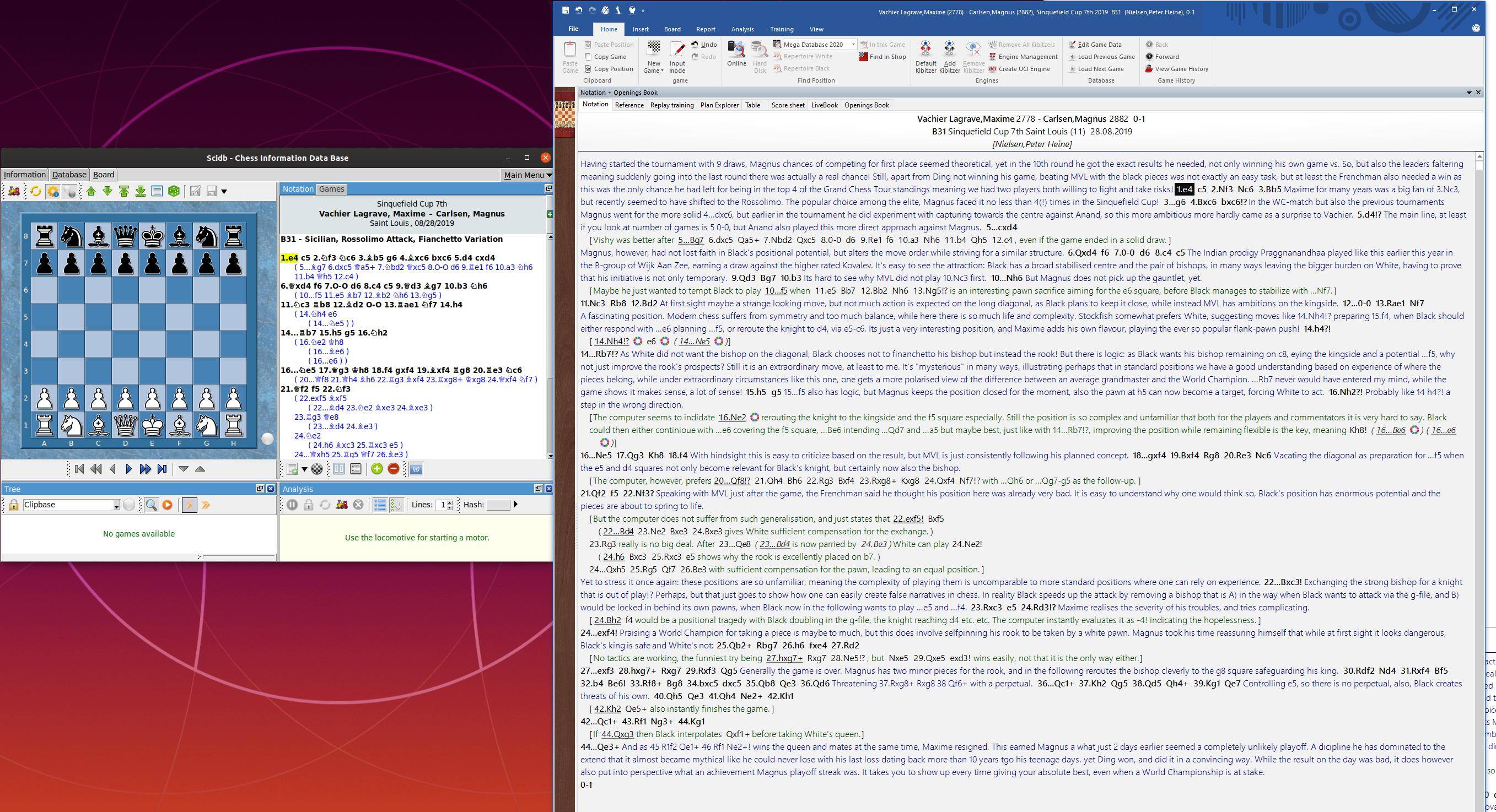 If you open in ChessBack the cbv backup, its games obvioulsy contain annotations. So that :

Does someone have an idea ?

After a quick inspection, I don't see any annotation discarding uncbv source code. Plus, among the files that uncbv produces, the .cbh can be opened by ChessBase, and it yields a database where the games that were annotated are still annotated.

Hence I conclude that Scidb does not handle annotations. More precisely : if in Scidb you open the .cbh file among : 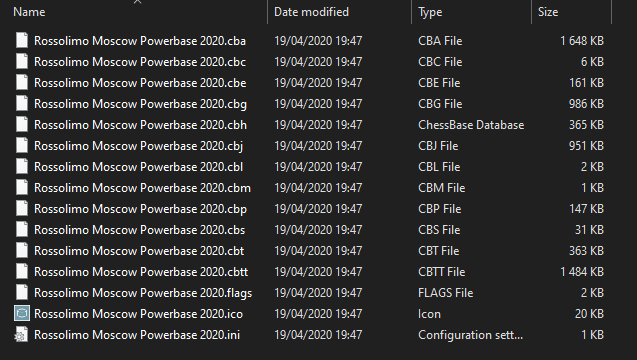 then games that should have their annotations won't have them. Does someone know how to handle this ?

What is strange is that in Scidb in the database, I see an "Annotators" tab : 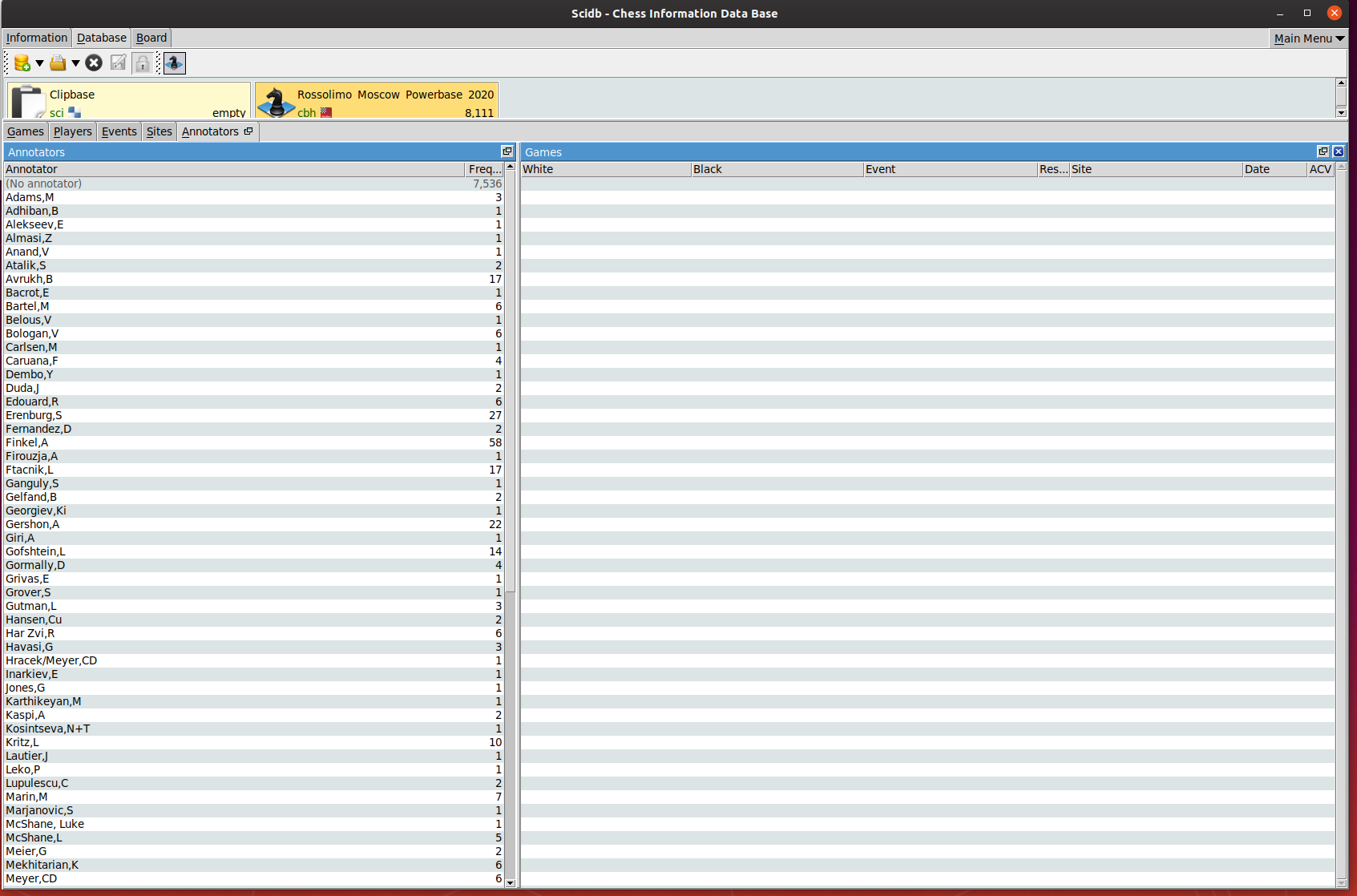 Browse other questions tagged chessbase scidb uncbv or ask your own question.