Knight vs bishop endgame in Fabiano Caruana vs Hou Yifan 2018

I am currently studying the classical game of Fabiano Caruana vs Hou Yifan played in 2018. The game ended in a fighting draw, but for the most part of the ending, starting from move 55 onward (see diagram), black was a pawn up, in a knight vs bishop and 4 vs 3 pawn structure.

However, at a first glance, I can see that other than being a pawn up, black is also positionally better, since:

With all these in mind, my question is:

This was a great game! Hou Yifan brilliantly outplayed her opponent Fabiano Caruana in a very positional middle game, and mind you using the Petroff's defence in the opening, which is Caruana's specialty by any stretch of the word! The endgame was very tricky, and Caruana proved his resilience and held the game to a draw in a very resourceful way, despite there having been missed chances for black.

The short answer is: yes there was at least one key moment where black had a forced win in the N+4p vs B+3p. Having traded into a better endgame, pawn up and knight vs bishop, one of the critical moments of the game was after white's 64.Bb7 move, harassing black's pawn backbone which all lie on light-squares, at this moment black had in fact the possibility of achieving a pawn breakthrough, and create a passer!

To see the pawn breakthrough, the idea to spot is: noting that white's bishop is locked out of play by black's pawns on light-squares, once the black king gets to d2, the two kings on b2 and d2 are in opposition, and had there been no white blockaders on c2-c3, black would just advance their own c pawn and promote (diagram): 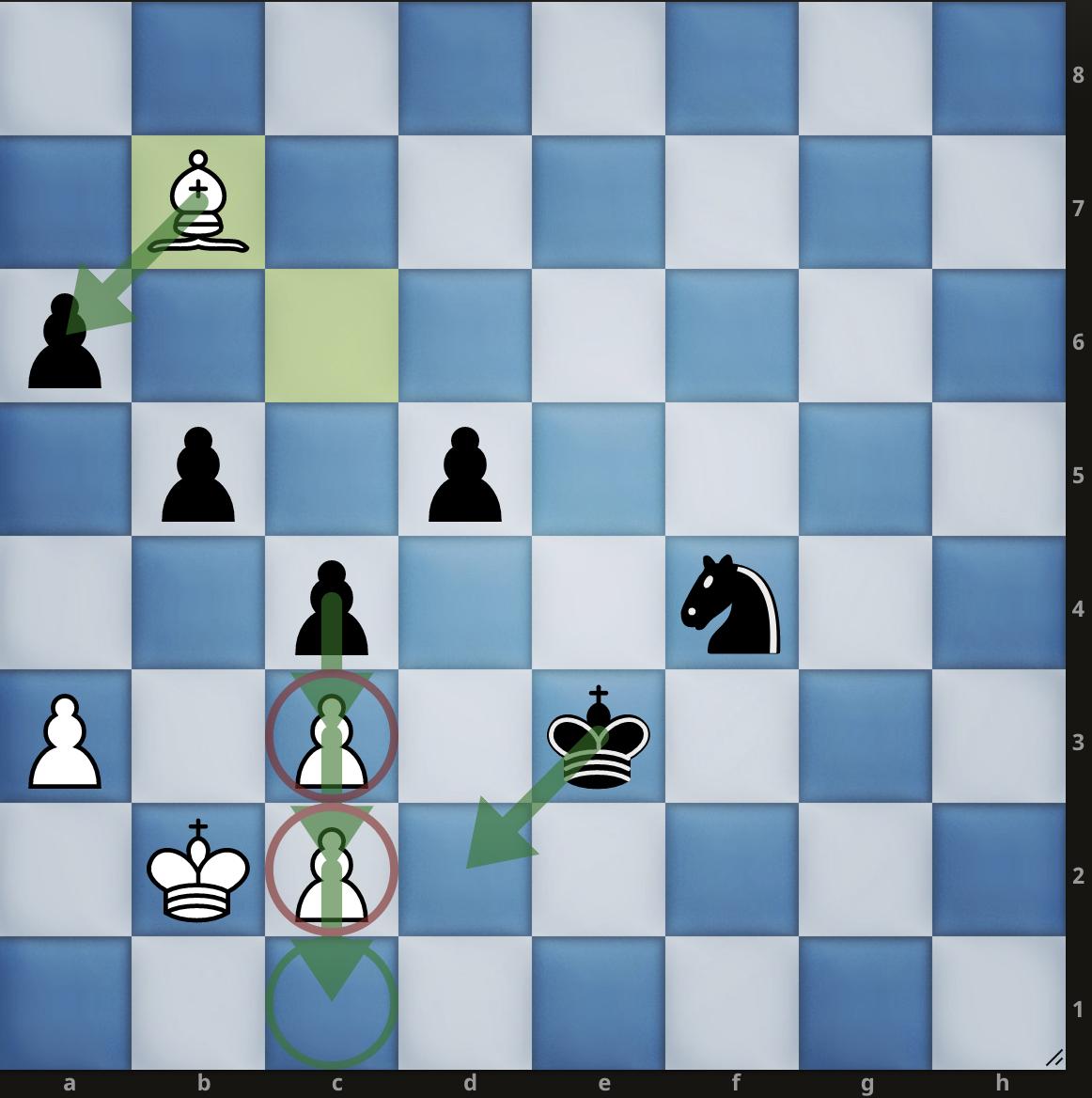 So the question is: how could we create this desired pawn breakthrough, or in other words,

Can white's c2-c3 pawns be removed after Kd2?

First key move is Nd3+!! The knight sacrifice removes the c2 blockader, and if white were to accept the sacrifice, then d4 removes the 2nd blockader (c3) and black's c pawn advance with check and promotes since the bishop is too slow in reaching the a4-d1 diagonal to eye c2. Summary in diagrams: 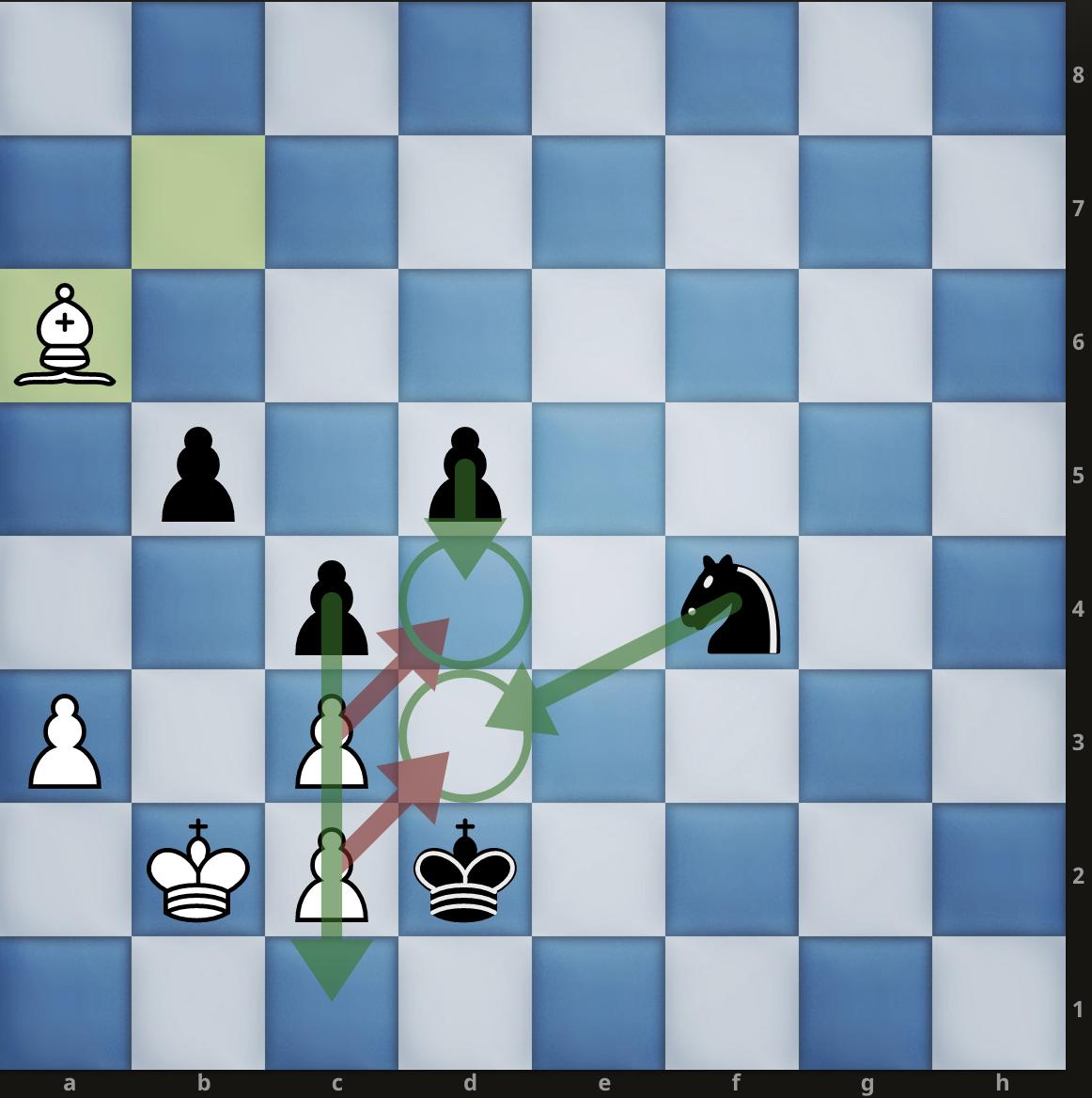 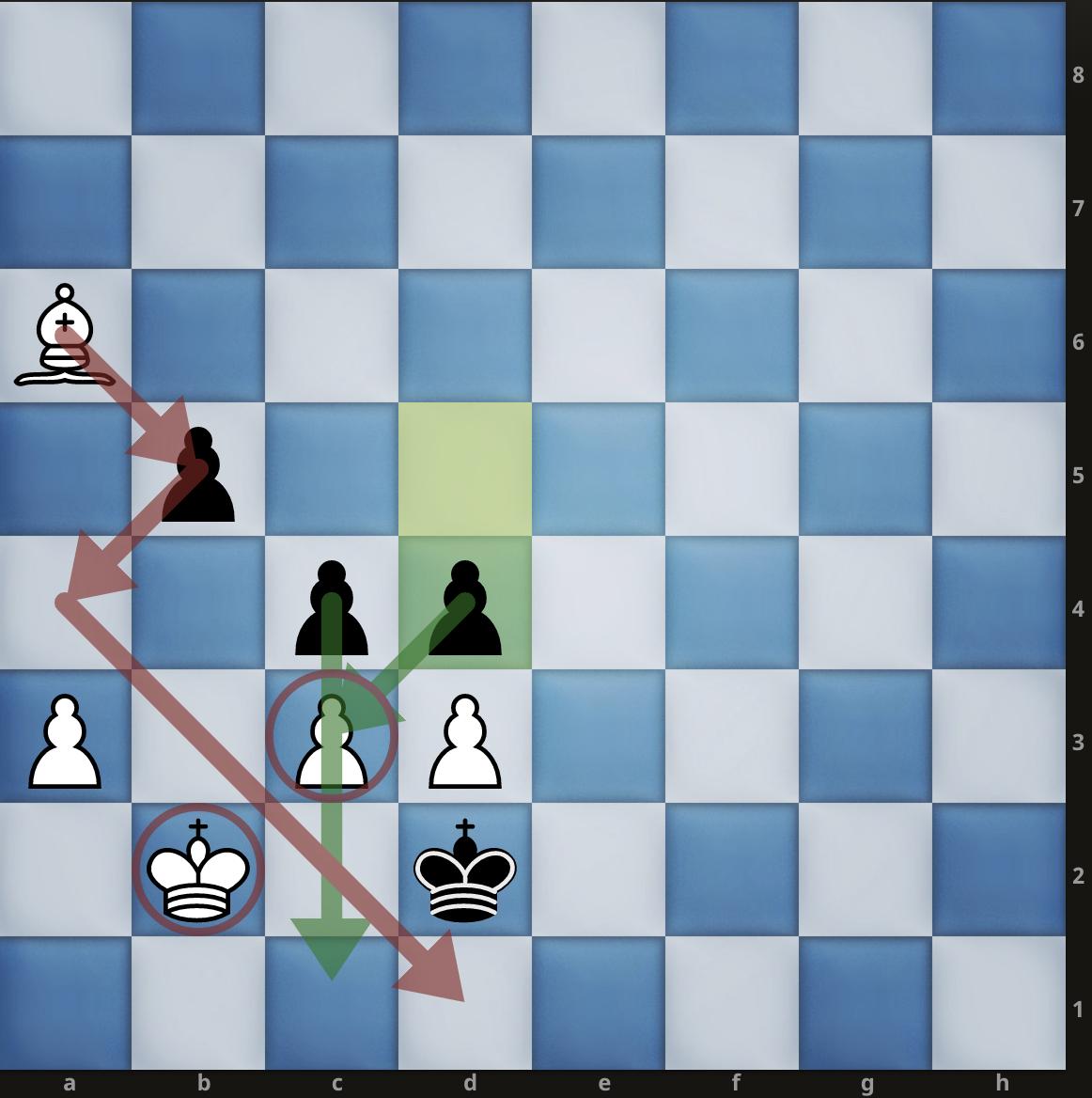 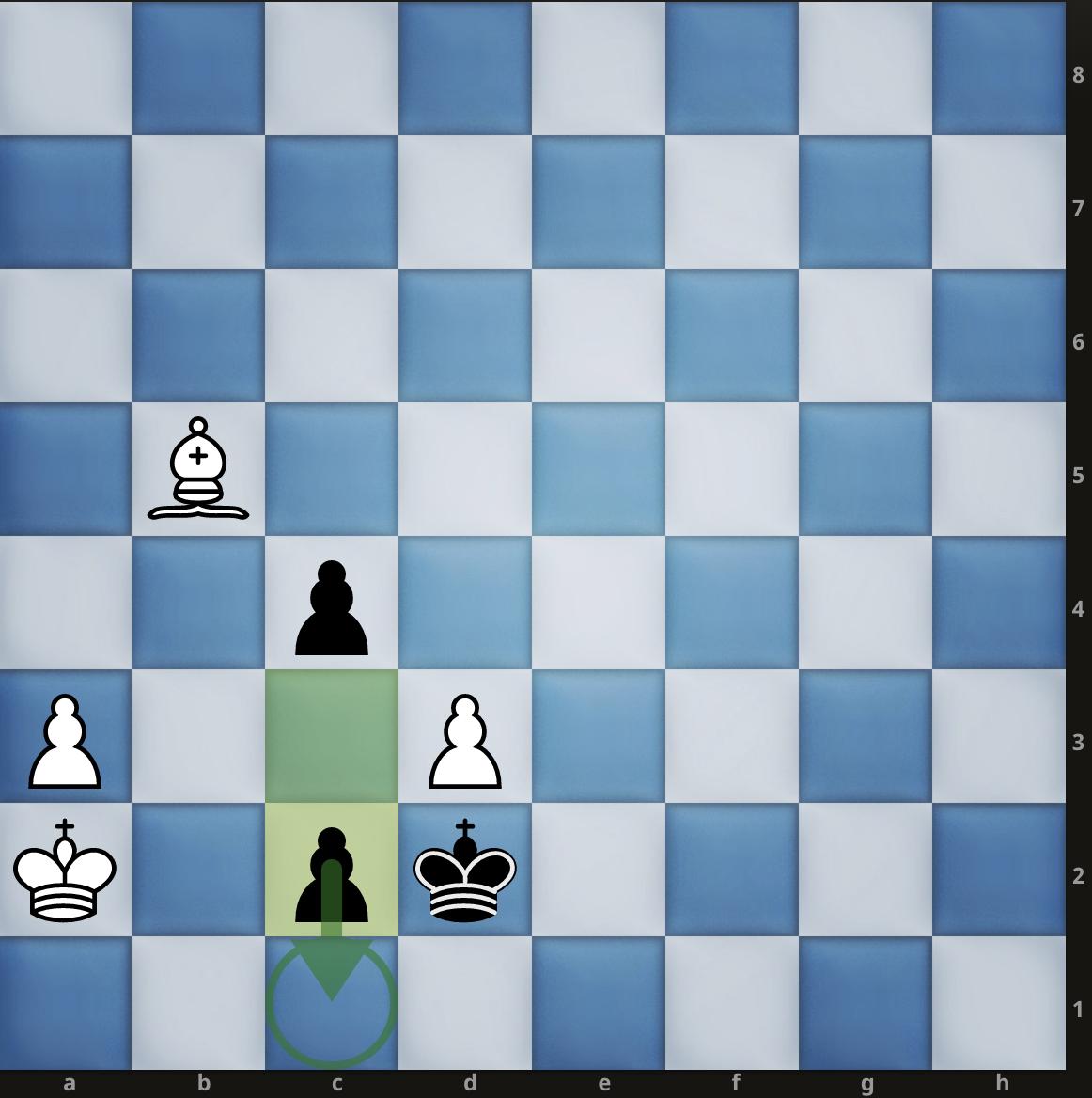 But does white have to take the knight on d3?

Well, let's consider the only reasonable king move: Kb1, as anything else just leaves both c pawns hanging to black's king. Then, the same pawn breakthrough on the c-file can be achieved, with the difference now that we first win the c2 pawn with Ne1-Nxc2 and then play d4. Let's see in diagrams: 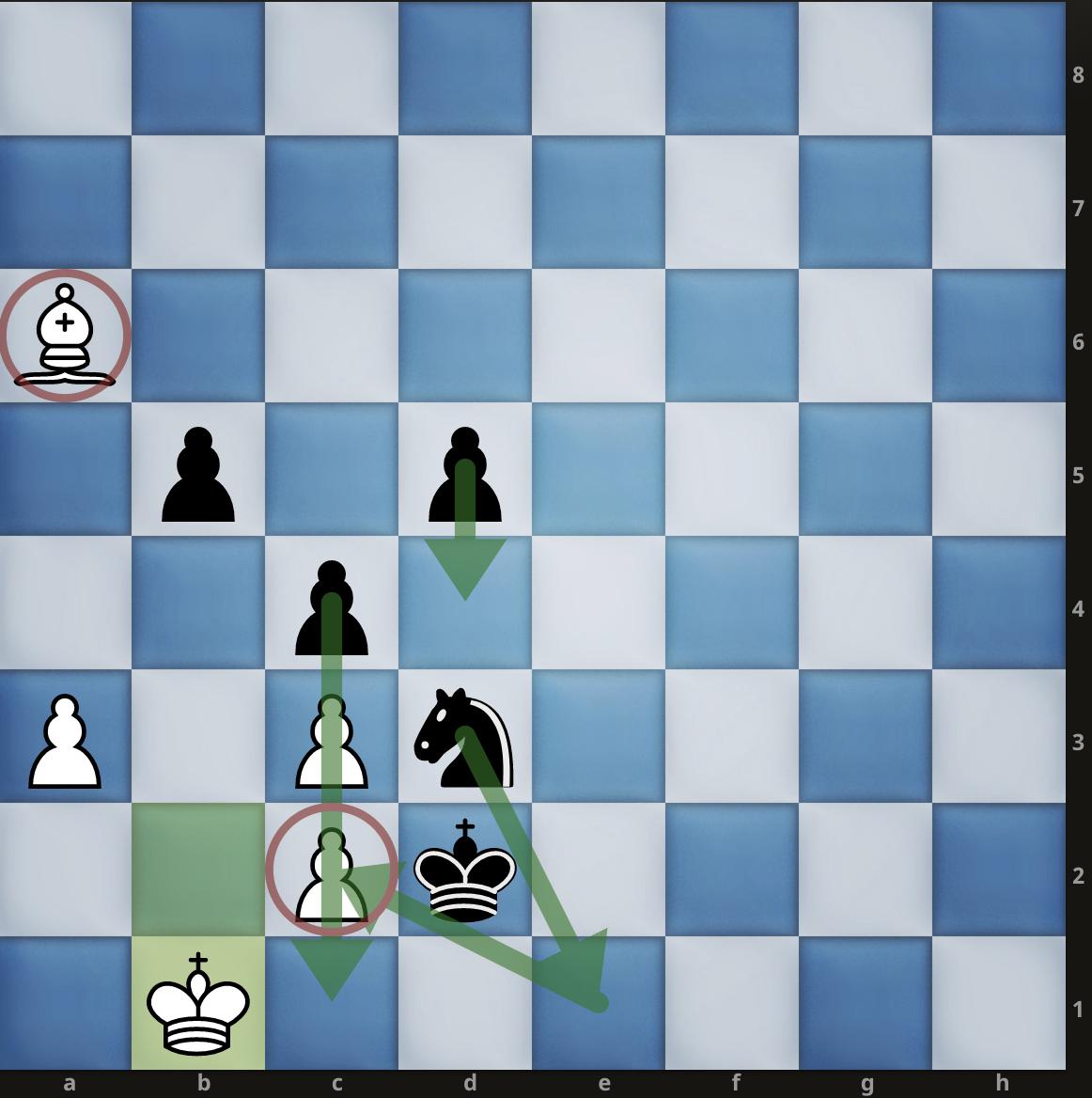 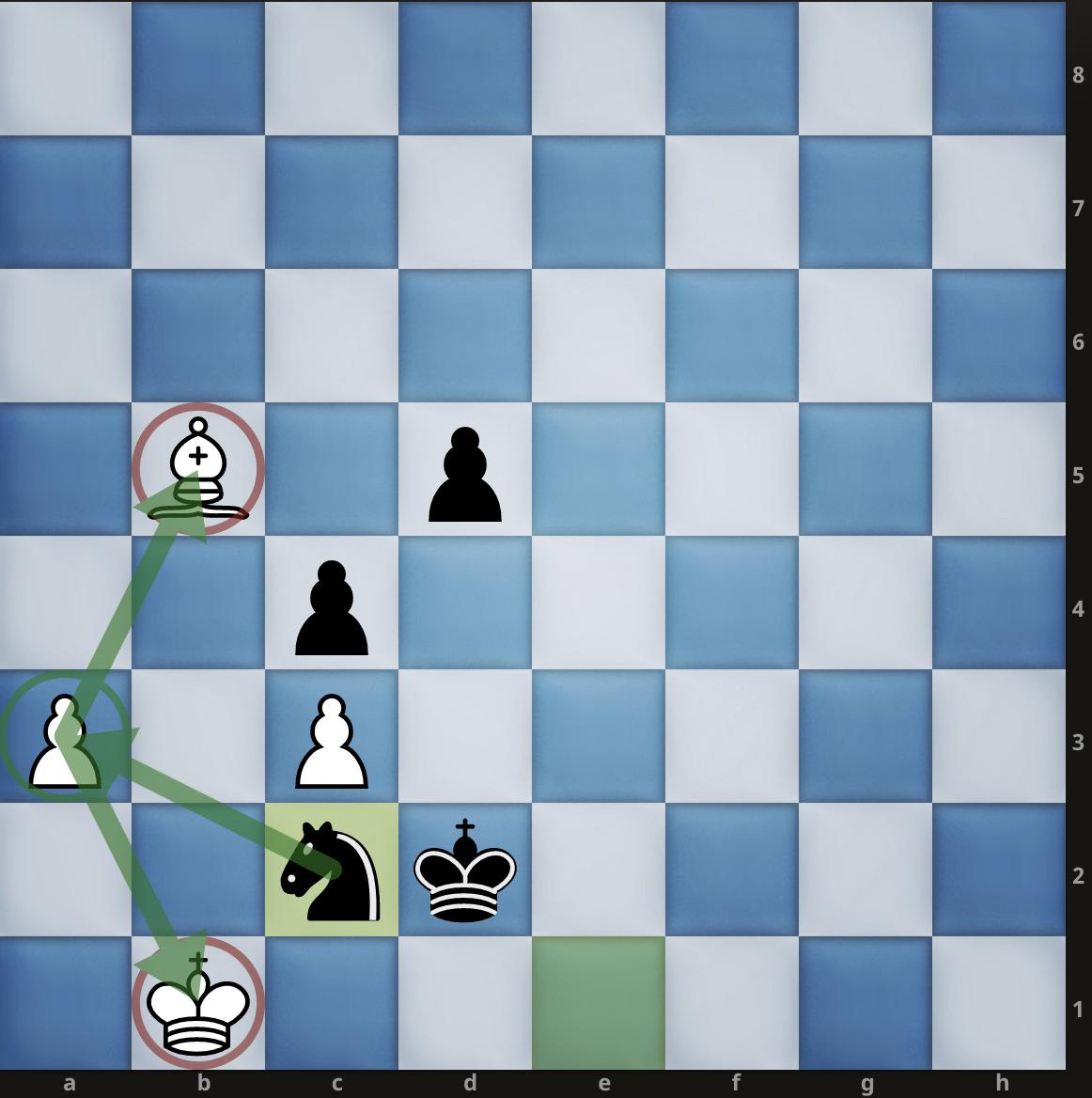 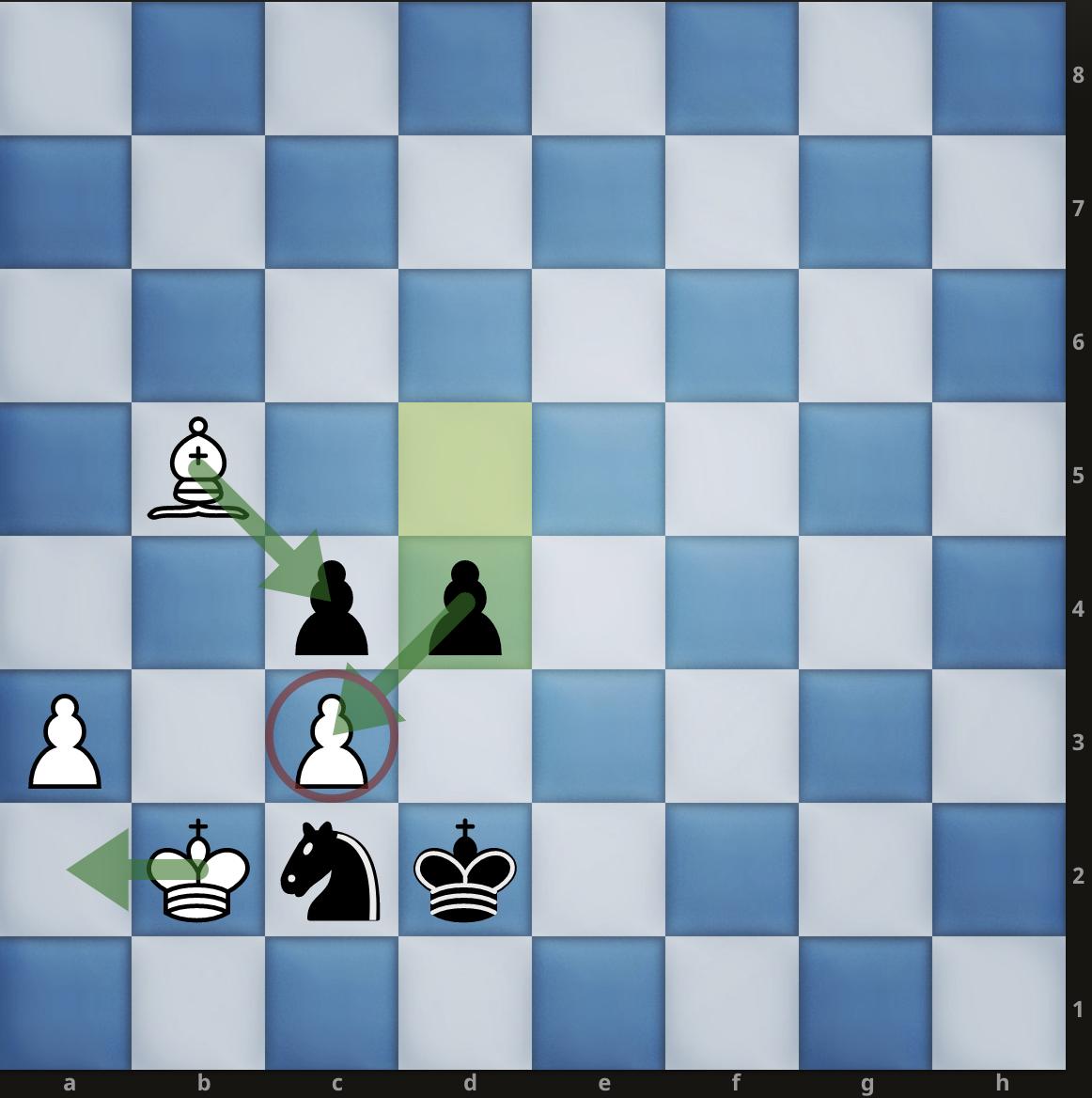 and black again promotes a pawn on the c-file, as in the rightmost diagram:

And here's a summary of all the discussed variations:

So it's safe to say, Kd2 followed by Nd3+ was winning by force. What a beautiful pattern!

Note that, at the stage of the game that we are talking about here (around move 64), the players were playing by rote as they were relatively low on time, so Hou Yifan played the very natural a5 in reply to Bb7 (which in hindsight now we know to have been a blunder) and the winning pawn breakthrough was missed. She might have considered it but maybe couldn't work out all the details, e.g. the lines where white doesn't accept the sacrifice. Therefore, they played pragmatically considering their energy and remaining time on the clocks. Admittedly, even with more time, these strange pawn breakthroughs are never easy to spot, and tend to require a more relaxed mindset (like when one solves studies, and thus knows there's something to be found), and are often times missed/dismissed in practical play.

Reminds me of Kramnik vs Anand (world championship 2008), where Anand found a beautiful breakthrough in this position:

The analysis is left to the reader ;)

You left out THE single biggest factor in the position, at least initially: The knight has zero mobility. That said, she did, indeed miss two opportunities to win involving a queening scenario, but they were very tricky for a human.

I remember this endgame when they played it, and now, the winning idea comes back to me.

It is a draw. Black can protect the horsie. And then his pawn chain but then:

There is no viable way to force a pawn through where it wont be captured leaving K+N vs K. Which is a draw.

Not the answer you're looking for? Browse other questions tagged endgame planning bishop-endgame knight-endgame or ask your own question.