Is there any script (any language) that can make a chess tree from an EPD file? Or what algorithm (any example) should be use to create it on my own?

I am looking for one like the Chessbase opening tree window. The EPD evalulation should be such that it is sorted by eval, but how I tell comp what position is first and what position is next one. 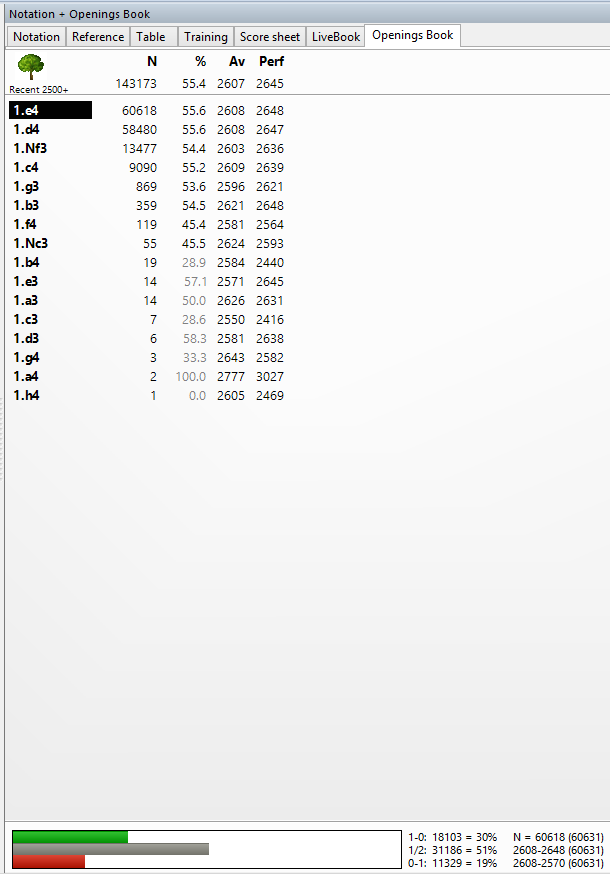 Not exactly. Both Chess Position Trainer and Chess Openings Wizard (the successor of Bookup) can create a tree manually or importing a PGN, export the positions to EPD, and import the evaluations from EPD, but won't create positions from an EPD, so they can't create trees from EPD.

I have seen two softwares that does what you wish. Chess Position Trainer is one of them. The other is bookup.

Those softwares reads games in pgn and files containing epd positions with its evaluations in centipawns. This files contains the leaf nodes positions, generated by Chess Position Trainer for instance. You later analyze the epd file.

I use "GradualTest ver. 2.6" for this purpose. This program feeds the positions to an engine and writes the results to another file. I import the resulting file and the evaluations are added at the leaf positions. Later, the program propagates the valuations to the upstream positions, up to the root, applying the minimax algorithm.

Both programs are the best I have seen.

Not the answer you're looking for? Browse other questions tagged software programming fen or ask your own question.

4
How can I automatically extract features from a position?
5
In ChessBase 12, when viewing an Opening Tree, why do all the games always stop near move 26?
48
Is there a good online opening training software?
8
What is the optimal way to use Stockfish programmatically?
3
Coordinate-style move output from chess engine, to control robot
5
Board editor using customized pieces and board
4
How to use Polyglot opening book bin file
3
Looking for special chess freeware
1
Using Stockfish in an automated way, for example, to analyze games in pgn format
4
Problems with computing the Zobrist hash for a chess position?