The opening move 1. Nf3 is considered as a perfectly sound opening and it is popular, but not nearly as popular as 1.e4 and 1.d4. Here are my thoughts about this:

At the same time, white is not afraid of some weird replies such as 1. Nf3 e5 as replying this with 2. e4 is perfectly fine for white. Capturing the pawn may be fine for white as well.

I think a lot of it is psychological regarding the types of positions that can arise. 1.Nf3 is the most fluid of all the moves I mentioned, and I think that players simply like more concrete play than not. It also reduces what you need to memorize, or understand, if you go straight into a specific pawn formation with d4, e4, or c4.

I also think that at the lower levels, that fluidity can lead to positions that players, both players, but since it is white's choice, that he/she specifically is not as comfortable with since he/she can end up on his/her own in a hurry. You need to know A LOT more about transpositions into other openings, which is a major undertaking. The play is also more complicated, which drives weaker players away more.

At the upper levels, meaning 2700s, I do not believe that they are afraid of getting lost in the opening as easily, but there still may be an underlying desire to play "their" openings, so they play more concretely.

One thing I do not believe is that after 1.Nf3 that 1...e5 is a valid response. White, having played 1.Nf3 probably likes d4/c4 openings, so is not likely to go into a double-king-pawn opening, but still has a great response:

Thanks for the gumball, Mickey! (from an old U.S. commercial for a Mickey Mouse gumball machine)

Based on my discussion with Phonon below, I am adding this chart that shows the flexibility of each main opening move that aims for the closed openings (d4/c4/Nf3). At the higher levels, this is a main reason, but at lower levels, I still believe that it is more about psychology, and believing that immediate occupation of the center is crucial. At lower levels this also can often put your opponent on unfamiliar grounds, 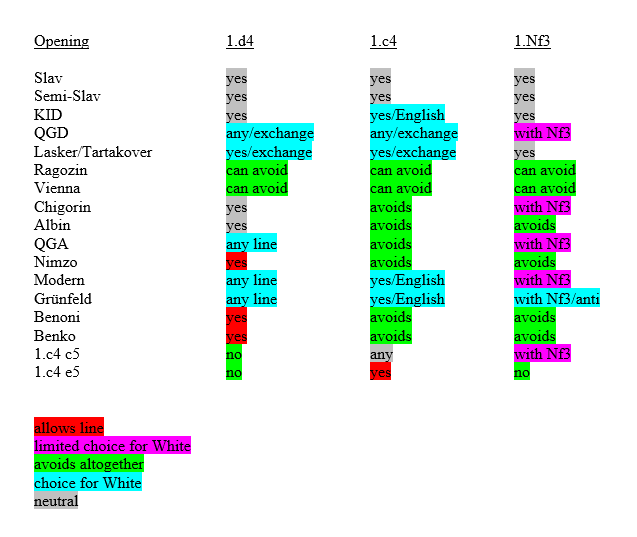 Questions of this nature seem to have become a reoccurring theme recently here on chess SE, but that's a good thing because understanding basic opening ideas is understanding fundamentals of chess strategy. So let's tackle the question from this angle, in an attempt to objectively relate the merit of first moves for white to their popularity.

Why 1.e4, 1.d4, 1.Nf3 etc, for such questions it helps to think at the most basic and fundamental level. Before comparing these first move candidates, we need a few notions:

(In the scope of this post, brevity and basics are of essence. Thus, the discussed concepts should be taken with a grain of salt when applied to high level chess, where decision making in the opening is an entirely different matter, partly due to the extremely high level of targeted preparation).

In chess, to establish an edge as the side that makes the first move of the game, you need to be dictating roughly the flow of the game, which means playing a greater role than your opponent in the type of positions that may emerge from the opening. On the one hand, this means the particular set of pawn skeletons that can arise, and on the other hand, what choices are you taking away from your opponent. In other words, you should try to impose your own agenda and prevent your opponent's as much as possible.

Now, what is it that we want from an opening to begin with? Briefly, we want to have a fair share of the center, to have effectively posted minor pieces (both defensively and offensively), and a safe king (number one priority). Most relevant for your question, is the fight over central squares, so let's limit our discussions mostly to that. To clarify the used concepts and terminology, consider the following diagram: 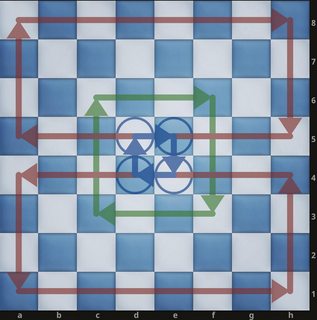 The red rectangles show each side's territory. The green rectangle highlights the 16 central squares, and the 4 blue-highlighted squares inside it show the sweet center, i.e., the 4 most important squares on the board.

Let's now go a tad deeper into what is meant by fight over the central squares, and establish some sort of rough baseline: 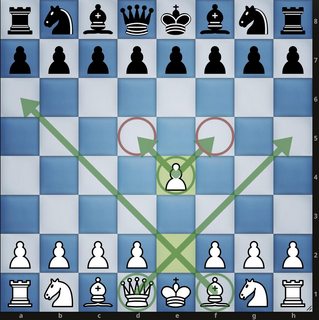 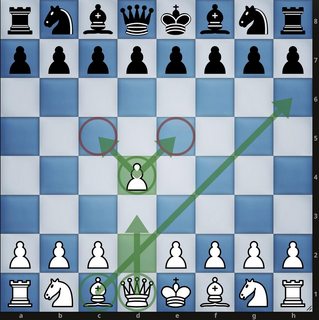 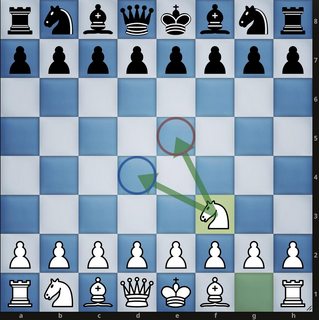 Thus, with these comparisons made purely at a very basic level, it stands to reason that 1.e4 or 1.d4 ought to be white's best investments of the extra tempo and explain their popularity. Anything else would be forfeiting some part of our advantage as white one way or the other. But bear in mind, we're talking at the core and most basic possible level, meaning, these ideas alone don't translate into whose winning or losing. In actuality of real games, things are never that simple, and our decisions will depend on many factors including our mood, preferences, opponent's preferences, and so on ....

Sometimes, we just want to get a normal position, and don't really care about that small plus white has early on, then moves such as 1.Nf3 become perfectly valid options. Particularly, when one is trying to avoid heavy theory or simply not walk into the opponent's preparation, then openings such as the English 1.c4 and 1.Nf3 become ever so viable, as they are less committal (and thus less critical) and can still transpose to a wide range of structures.

The first moves 1. Nf3, 1. d4, 1. e4 and 1. c4 are all good. It is a matter of taste which one you prefer, as they usually lead to different types of position. All these moves have their advantages and disadvantages.

But of course you don't have to play 2. c4 or 2. d4. Actually the second most popular second move for white after 1. Nf3 is 2. g3, followed by 3. Bg2 and an early 0-0 - the Kings Indian Attack. Often, white plays d3, e4 and Nbd2 later. This is also a solid setup. But it is surely not to everyones taste, and some players prefer to reach it after 1. e4 only after certain black responses (especially against the french).

So much for the value of 1. Nf3, you can hopefully see that it takes some options from both you and your opponent, while allowing others, and you must decide which ones you want to allow or prevent.

Regarding the option to enter an open sicilian: don't overestimate that. There is a lot of theory to learn in that opening, only to meet the third most common option black has on his second move. I'd consider this an option against certain opponents only. In general, this kind of flexibility isn't worth much. Instead of having the possibility to transpose into multiple openings, it is better to concentrate on fewer openings which you really know - at least as an amateur. (If you want to surprise your opponent, "really know" can include side lines you can enter on a later move)

Not the answer you're looking for? Browse other questions tagged opening theory reti-opening space or ask your own question.

22
Why do masters open 1.d4 more often than 1.c4?
2
Why is 1.g3 so much less common than the main opening moves?
5
Conceptually, what makes the Sicilian opening sensible for black?
5
What sort of strategies unfold on this elongated board?