Was this a valid draw?

I was playing this game in-person with someone and I was white. My opponent had a pawn on a7 and kept moving his king back and forth between c6 and d6 at least 3-4 times while I maneuvered my bishop around the board to capture his pawn on a7 to make room for my past pawn. After I captured his pawn on a7 he moved his king back to d6 and claimed it was a draw because at that time he had moved his king back and forth on the same 2 squares 6 times. I understand the 3 fold repetition but his king had other squares to move and wasn't in a perpetual check. Was this a valid draw? 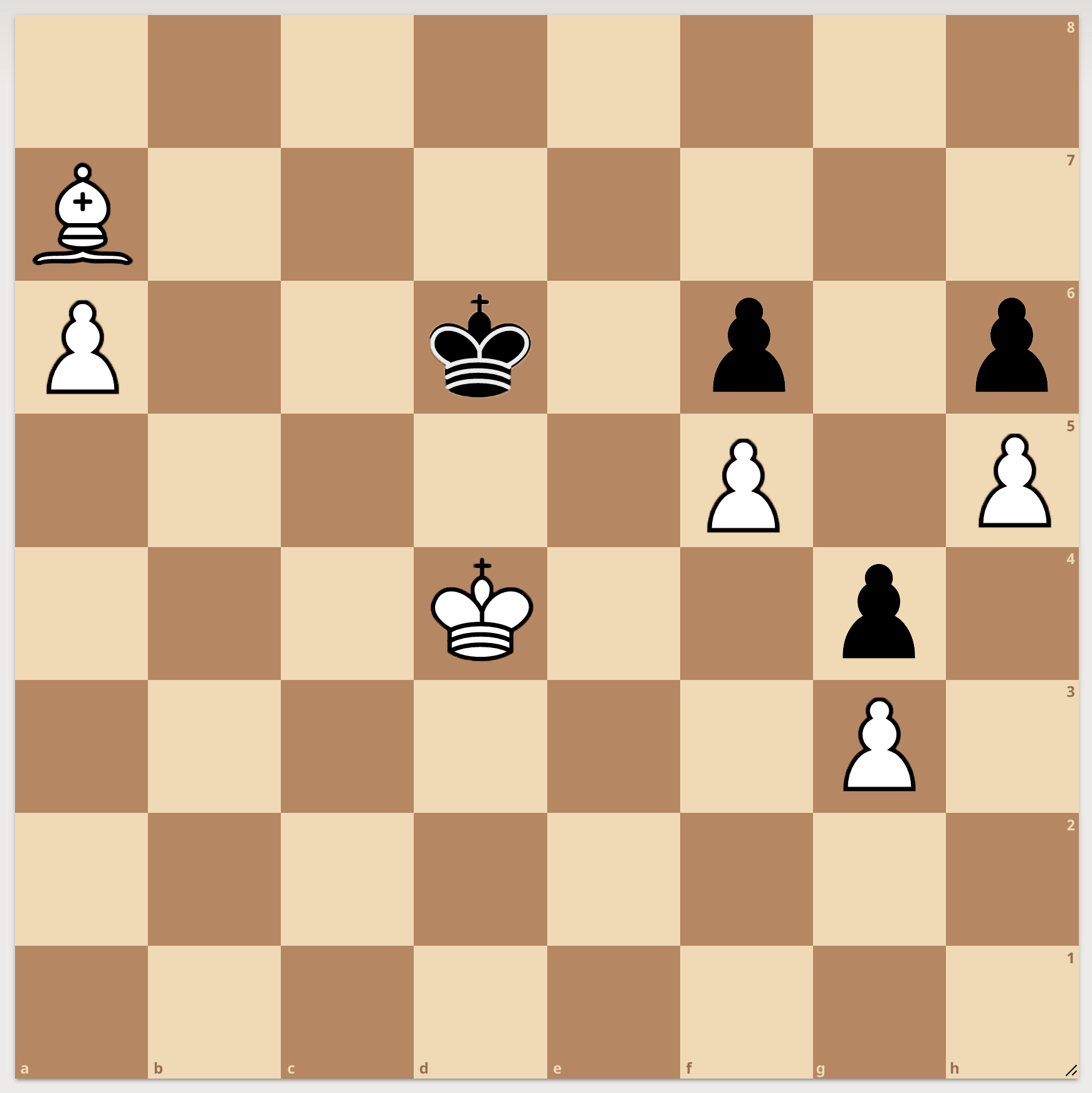 No, it was not a draw. For a draw by three-fold repetition, the exact position, and all of the possible moves (castling and en passant, which since en passant can only happen on the move, in essence, it requires a fourth repetition of the position), have to be repeated three times.

It was clearly a case of your opponent not really knowing the rules.

It seems like he was somewhat confusing, and mixing, three-fold repetition with the 50-move rule, which requires 50 moves of just moving around without a pawn move or capture with repeating the position three times.

P.S. The repetitions do not need to be consecutive.

Not the answer you're looking for? Browse other questions tagged rules claim-draw or ask your own question.

8
What are the different rules for claiming a draw?
9
Draws, en passant, and the FIDE's 2014 rulebook revision
2
Valid claims for a draw in a blitz game
9
Rules: How does right to castle and en passant get considered for the purpose of calculating a threefold repetition?
14
FIDE threefold repetition and possible moves
11
Rules: Is this position a draw?
5
Can you claim a draw, after the position has changed, if threefold repetition occurred earlier?
14
What happens if a player suffers a time penalty but doesn't have enough time left?
8
Why is there no rule allowing a player to claim a draw in lonely king endgames?
13
Does a draw on the board need to be declared before the time flag is reached?