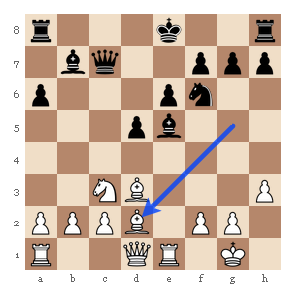 20
Should you always try your best (play as if your opponent is a grandmaster)?

8
Does 1. e4 e5 2. Nf3 f6 have to be a bad opening?
15
Why would a player throw a game?
5
Why is, according to Stockfish (depth = 28), a4 the best move here for White?
3
Is this knight sacrifice a good idea?
20
Should you always try your best (play as if your opponent is a grandmaster)?
5
Kasparov's Immortal: Why didn't he play 10.Qg7?
17
What is the best strategy for an amateur to last as many moves as possible against a GM?
13
What to play if someone ignores your King's Gambit?
20
How to minimise your opponent's fun in a game?
4
How to avoid falling into unfamiliar traps in the opening stage?