Can Black play for a win here?

In the position below: 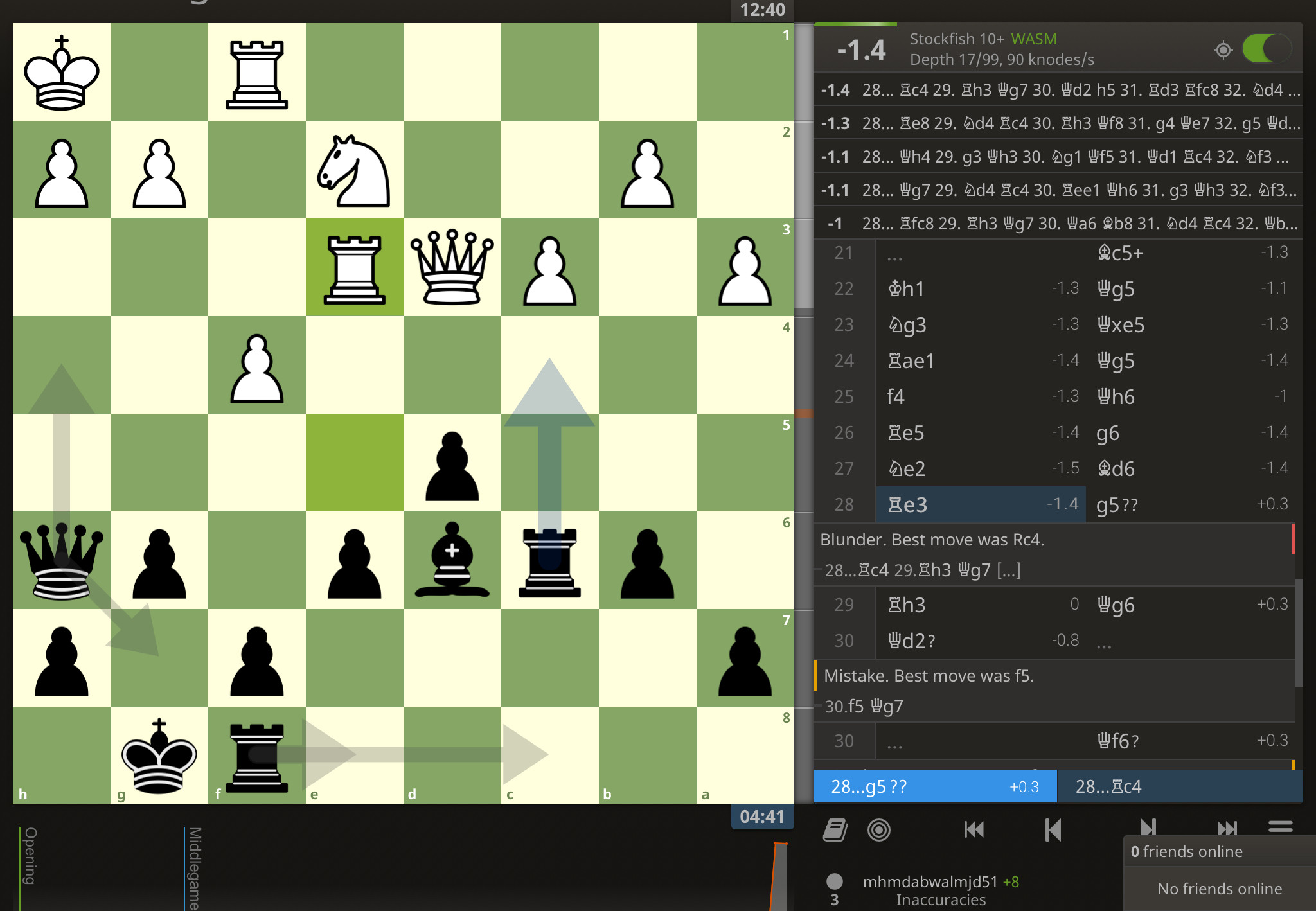 I was Black and I was not sure how to proceed. Finally, I decided to play aggressively with g5. I know it was too risky and weakening, but I did not see what else to do. After checking the computer suggestions, it looks like Black should only shuffle its pieces around Re8 Qf8...

Is that all Black can do? What are your thoughts on this position?

Can black play for a win? Heck yes! This is totally won for black.

I did not even realize you were up a pawn at first, and I was thinking there is a clear plan here.

First, here is the analysis of the position.

Here is the plan for black:

This plan is very common, and even if black were not up a pawn here, this would still be much more pleasant for him.

Do’h! Of course black can play for a win. This would be more slow positional play then by tactics, but with the extra pawn it should be a matter of technique as they say.

I would look at doubling rooks bringing the queen to the queenside and attacking with the pawns.

15
Analysis of positional play by a very aggressive player
7
Can Black save this Knight vs Bishop endgame with a pawn down?
2
English/KID loss as white to a 2300+ player
3
Loss as black in 4.e3 English / rook ending
4
Why didn't Spassky play 26. g3 in game 5 of Fischer-Spassky (1972)?
2
Is this KBPP vs. KR position a draw or a win with perfect play?
3
Can I win as black here?
5
Playing d5 in the Pirc defense
2
Analysis of a position in order to find the best move
3
Tablebases say this position is drawn, but Stockfish disagrees-What does that mean?